“We invite them [the Taliban] to join JUI-F and achieve their objectives with the help of a peaceful and political struggle,” he said at a news conference at the Peshawar Press Club.

“Islam’s revered beliefs cannot be made controversial. It clearly states that the killing of one person means the murder of all humanity,” said Haideri.

He said that delegations from Bangladesh, Saudi Arabia, Qatar, Bahrain and Oman have arrived while those from India, South Africa and Nepal will reach soon to attend a congregation. Women were not invited to the conference because a women’s ijtima was held recently, he claimed.

He also said that the objectives behind the creation of Pakistan had been sidelined and the party will decide the course of its future politics at the huddle. He vowed to introduce a moral culture in the country, saying the current political environment has become based on everyone levelling allegations against the other.

The cleric added Sheikh Saleh Mohammad Ibrahim, the imam of the Grand Mosque of Makkah, will also be attending the gathering. 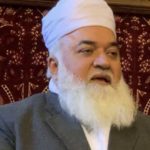 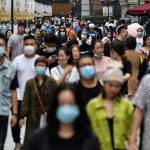