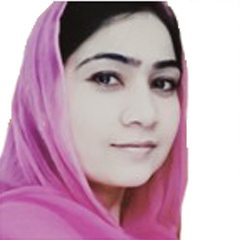 Terrorism is a worldwide phenomenon that largely has its origins in poverty. Fragile states with weak institutions and failing governments in terms of overseeing religious institutions are far more vulnerable to this menace

As J. William Fulbright once said, “Education is a slow moving but powerful force”. It means education has the potential to transform an uncivilised society into a civilised one. It also has the potential to deradicalise a radical society. Pakistan is amongst the least literate nations in the world, with a literacy rate of 58.2 percent.

This figure has also been achieved using a very lenient yardstick. In Pakistan, those who can read and write their names are considered literate people. When a national census is conducted, such people are registered as literate. Article 25-A of the constitution of Pakistan obligates the state to provide free and compulsory quality education to children who are 5 to 16 years old.

Though the Government has established some schools across the country, because of lack of resources it could not ensure quality education. Consequently, private schooling emerged as an alternative for those who could afford it. But the majority of Pakistan cannot afford private schooling for their children. For example, there is a stark difference in literacy rate between Islamabad (96 percent) and Kohlu District (28 percent) of Balochistan. 60 percent of Pakistan’s population lives in rural areas and does not have access to quality education.

Such a situation creates a divide between urban society and rural society. Urban society, based on their educational experiences is comparatively liberal in its approach while rural society is more conservative. A majority of the rural populace seeks guidance from the local clergy in their daily affairs. Whereas the clergy in Pakistan declares even co-education an un-Islamic trend and discourages female education parallel to men. Such discriminatory attitudes leave women marginalised in this society. According to government statistics, in the tribal areas of Pakistan, female literacy is only 9.5 percent. Of course, these are only women who can spell their own name — they are not actually educated.

To deter girls from going to school, the Taliban started blowing up schools in different areas. There have been spates of terrorist attacks on girls schools in the areas of Bara, Bajaur Agency, Hangu, Bannu, Peshawar, Quetta and Swat. Malala Yousufzai was shot on a school bus by the Taliban militants of Swat in October, 2012. All these attacks were conducted to deter students from going to school. While terrorists have become much weaker since 2014, the problem of extremism in society has not been addressed. Glorification of terrorists by radical segments of society continues unabated.

Most believe that it is the uneducated youth which join the ranks of terrorist organisations. However, there have been a number of terrorist attacks in which students from some of Pakistan’s best universities have been involved. Sabeen Mahmud (a social worker) in Pakistan was killed by such a university student, who got his inspiration from the Islamic State. The recent case of Naureen Leghari, a student of the Liaquat University of Medical and Health Sciences in Jamshoro, Pakistan who was plotting terrorist attacks on a Church on the eve of Easter, is quite similar. Such students do not belong to the urban class of students, they belong to the rural areas of Pakistan and therefore, are more likely to be inspired by radical ideologies.

It is no just the uneducated who join terrorist organisations. There have been a number of attacks in which students from some of Pakistan’s most prestegious universities have been involved

Such students often study in co-education institutions, but at the same time criticise co-education as un-Islamic. In this precarious situation, Pakistan needs a different strategy to combat terrorism instead of military power. Pakistan army’s operation Radd-ul-Fasad (elimination of discord) started after the attack on the Sehwan Sharif shrine. The Inter Services Public Relations (ISPR) declared it as a continuation of the National Action Plan (NAP).

Terrorism is a worldwide dilemma but it emanates mainly from poverty. Fragile states with weak institutions and failing governments which fail to oversee religious institutions are far more likely to suffer from terrorism. To counter radical extremism and terrorism in Pakistan, there should be a comprehensive strategy to deal with this menace. The government must ensure that quality education is imparted at schools, colleges and universities. There is a need to reform the national curriculum to deradicalise students who have been studying the curriculum designed during first Afghan war (1979) to wage Jihad against the Soviet Union. Some of the history syllabus glorifies warriors who invaded from Central Asia, as heroes for Muslims. Such narratives must to be changed.

The rationale behind introducing peace education is that only deradicalising the youth can bring this conflict to an end. Otherwise the army will keep killing people involved in terrorism and terrorist organisations will continue recruiting youth by luring them in through ideological means. There are still multiple proscribed groups at large who are publishing and distributing hate literature against Americans, Indians, Israelis, Ahmadis and Shias in local communities.

Wall chalking has become increasingly common in Pakistan to instigate hatred against the US and Israel. Former President of Pakistan Pervez Musharaf took stern action against such extremist elements but during Pakistan Peoples’ Party’s regime (2008-2013) these terrorist groups reorganised themselves and kept striking various targets in Pakistan. Pakistan’s counterterrorism strategy seriously lacks rigour at deradicalisation front. Until national narrative is changed, these terrorist attacks would continue.

Pakistan runs six programs throughout the country for deradicalising which mainly include the Sabaoon centre for rehabilitation, Sparley, Mishal, Rastoon, Pythom and Heila. The basic objective of Sabaoon is to educate detainees and reintegrate them into society. Pakistan’s government claims a high success rate in these programs whereas it’s hard to corroborate statistics provided by army run projects.

Sixteen years of war against terrorism in Pakistan have devastated country’s infrastructure and badly damaged economic growth. Pakistan’s mosques, schools, hospitals, parks and markets are still unsafe which reflects that such war cannot be won through guns but through peace education. Pakistani government should seriously take up this task of reforming curriculum to educate peace to future generation.

The writer is postdoctoral fellow at Centre for South Asia, London School of Economics and Political Science United Kingdom. She is serving as Assistant Professor at the department of Defence and Diplomatic Studies Fatima Jinnah Women University Rawalpindi