Last year Indian Army Chief, General VK Singh told the media that India had informed the US that there was no ‘Cold Start’ doctrine. Only a few months later, he gave mixed signals and claimed that doctrines keep evolving

The ‘Cold Start Doctrine’ is India’s limited-war strategy, which was formulated to grab Pakistani territory swiftly without risking a nuclear conflict. It also seeks to mobilise its troops, using limited armoured thrusts with infantry and the necessary air support.

If this is India’s military doctrine then it is extremely foolish. India can’t control Pakistan’s decision to retaliate in case of a strike, howsoever swift, surgical and small. Pakistan will retaliate with equal, and perhaps even greater force. Pakistan, like any other sovereign country, has the right to respond to any threat to its territorial integrity. Therefore, relying on a conjecture of muted reaction in response to military aggression can only be expected in Alice’s Wonderland, not in the sub-continent that has witnessed three Indo-Pak wars.

The Prime Minister of Pakistan has minced no words to inform the world that Pakistan has developed short-range nuclear weapons to counter this strategy. He was referring to the short-range Nasr missile, meant to deliver a low-yield payload.

This doctrine is deceptive as well, as it neither acquired formal sanction from the government in India nor is it compatible with Indian war preparations. Just last week, India tested its longest-range intercontinental missile Agni which can strike up till 5000km from the launch point. It seems to be aimed at China rather than Pakistan.

Governments of both countries need to consider whether it is sane to create war hysteria and spend billions on arms when glaring internal problems like rising poverty, joblessness, law and order and lack of adequate health and education facilities are staring them in the face

India has also revived the $500 million Spike anti-tank missile deal with Israel. This arm build up smells of designs for longer warfare rather than a surgical strike expecting a limited response. It definitely negates the seriousness and originality of the so-called cold start doctrine.

It appears that this doctrine has been created with two objectives in mind. Firstly, to inculcate a sense of false pride in India’s stature as a regional super power in its people. Secondly, to browbeat Pakistan. It is more of a bluff rather than a concrete doctrine.

The architects of the Cold Start doctrine consider the element of surprise its forte, believing that this would enable them to snatch Pakistan’s soil by moving its troops within 48 hours of the decision to go to war. An expert has rightly pointed out that India’s surgical strike in response to any alleged terrorist attack from Pakistan’s soil will lack the element of surprise as Pakistan would know it’s going to strike back. Therefore cold start makes no sense. 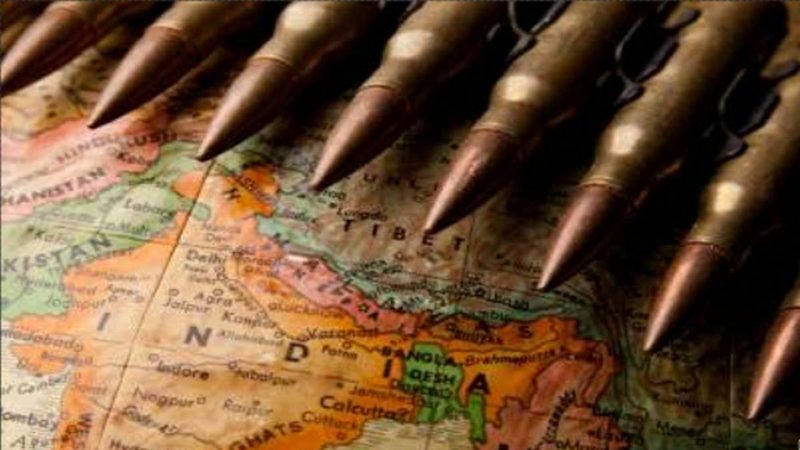 India has been ambivalent about its doctrine. Only last year the Indian Army Chief, General VK Singh told the media that it had informed the US that there was no ‘Cold Start’ doctrine. But only a few months later he gave mixed signals and claimed that doctrines keep evolving. He used deceptively sugar-coated words like ‘active defence’ instead of offence. “We are not aggressors; however active defence is part of our defensive strategy” he said.

The flawed Cold Start doctrine and Pakistan’s clear approach to respond to it with all resources available has led the Indian military strategists to think about more implementable strategies. India’s massive arms build-up testifies to this fact. Pakistan’s military on the other hand, cannot afford to sit back and enjoy India’s confusion over its confused doctrine. It should be prepared for a conventional war as India is spending a lot on its conventional arms build-up. It is willing to spend over $223 billion over the next ten years to procure a multitude of weapons including 500 helicopters, 12 submarines, nearly 100 single engine fighter jets and over 120 twin-engine fighter aircraft and aircraft carrier by 2027.

The doctrine, the strategies and counter strategies are all about war and destruction. The civil governments of both the countries need to think whether it is sane to create war hysteria and spend billions on arms when glaring internal problems like rising poverty, joblessness, law and order, lack of adequate health and education facilities are staring them in their face. Millions of people are suffering due to these problems. The priority should be to spend more on eradicating these issues rather than on weapons to kill each other and to grab land.

The former Prime Minister of Pakistan is on record to have offered India to step-back from Siachen, the highest battle ground in the world, in a simultaneous move, to initiate de-escalation as a confidence building measure. A saner Indian leader, who cared about the welfare of his people and peace in the region, would have grabbed this offer. But warmongers did not let this happen. Jingoism is being inflated through theoretical war doctrines which may not win them a war but has at least provided an excuse to divert development funds to arms buildup. We need to reconsider and reset our priorities, approaches and plans to coexist peacefully as neighbours to better address our internal problems.