It was the day of the Derby. The participants with their horses, manes trimmed and shining, got ready for the pistol shot, which would indicate the start of the race. Mark, the proud owner of a racehorse, whispered something into Godfather’s ear 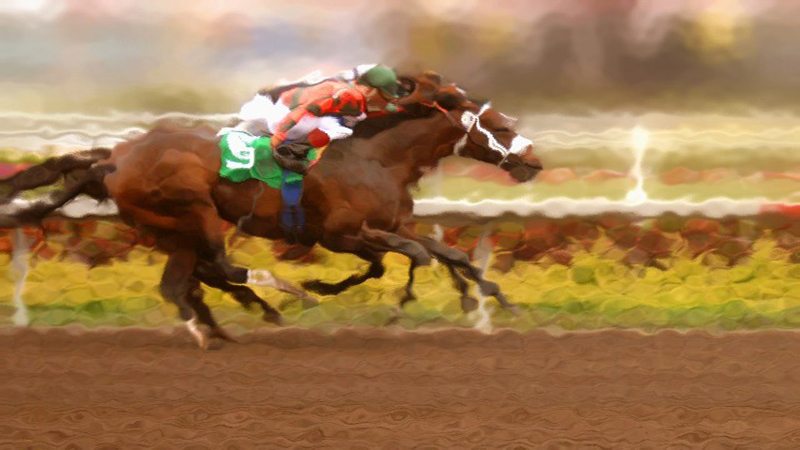 For hundreds of years the horse was the most common means of transport. Before the tractor was invented, the horse was often used to pull farm machinery. It is still used for work on ranches, but most horses are now kept for pleasure. People ride them, watch them perform and enjoy them in sports such as polo, hunting and racing.

The following is the story of a racehorse and the people to whom he belonged. It was the day of the Derby. The participants with their horses, manes trimmed and shining, got ready for the pistol shot, which would indicate the start of the race. It was an event that people really looked forward to. It was a sport enjoyed by the young and old alike. Bets were placed on the horses and the winners left with a handsome sum of money.

Mark, the proud owner of a racehorse, whispered something into Godfather’s (the name of the horse) ear. It was these ‘sweet nothings’ that brought a smile to Godfather’s lips, definitely contributing to Godfather’s victory in races. The owner also gave some advice to David, the jockey. David was a short and strong fellow. He fitted snugly in the saddle, just as a glove fitted the hand. He had started his career as a jockey with Godfather and longed to end it with him also. The age of any horse can be told by looking at its teeth; Godfather’s teeth showed that he still had plenty of race years to go before he retired.

Also present was Mark’s wife. She always accompanied him to the race. “Godfather is really lucky. He gets all your attention,” she would tell him. But deep down in her heart she knew that she would not have had it anyway else. She cared for Godfather too and would tend to his needs whenever she could spare some time. “I think the trough of water is empty,” she’d say with concern beckoning her staff to fill the trough up. An insect bit Godfather once. Richard, the horse keeper, bathed and dressed his wound so well that Godfather was up and about in half the time than the usual. Godfather loved Richard and he would show his love by cuddling up to him. This was Godfather’s family. 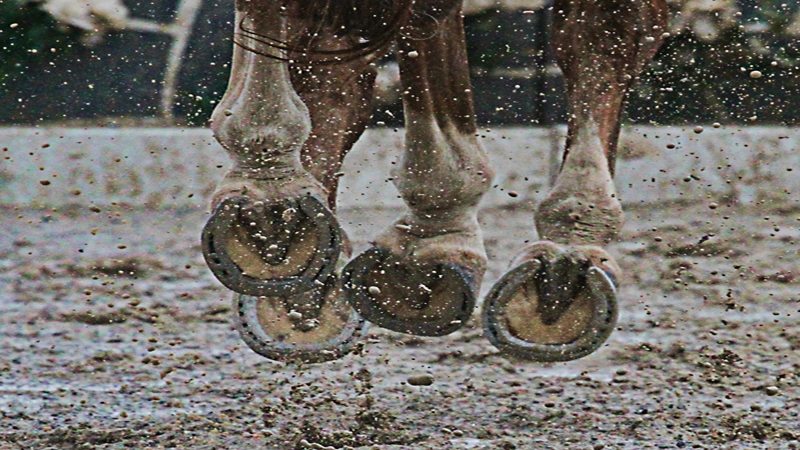 The people who cared for him and were responsible for his consecutive victories, were all there with him to see him run the race.

A few minutes before the race was to begin, David mounted Godfather and rode down to the start. But little did Mark or David know what was in store for them. Another horse owner, Mark’s enemy, just could not bear Godfather winning all the time. And to make sure Mark’s horse would not win this time, he thought of a plan. He suggested to his horse’s trainer that they must visit Godfather’s blacksmith. “It won’t take us very long,” he sneered. The trainer who was a little confused, asked, “What wouldn’t take us long?” To this the vicious man replied, “You’ll see.”

When the time was just right (after Godfather came to the blacksmith and the blacksmith left his seat), the deceitful man damaged Godfather’s shoe. The nail ends that showed through the horse’s hoof were wrung off and turned back. He straightened them just a little in the hope that the shoe would come off during the race. He harmed the shoe so deftly that Godfather did not feel it immediately.

Finally, the starter signaled the start of the race. Godfather took the lead, so erect, so graceful. His poise was proof of the fact that he would be very hard to defeat. There he went like a bolt of lightning. He moved so fast that just when you thought you had focused on him, he moved ahead. He had almost reached the finishing line, when the nail of the shoe straightened and got loose, unbalancing Godfather, who stumbled and stopped in his tracks before any further damage could take place. A race official came to guide them off the track. Godfather, Mark, Richard, Mark’s wife and David were all shocked. They failed to understand what had happened.

Sometime after they had recovered from the shock of the damaged horseshoe, Mark and the trainer accompanied Godfather to the blacksmith’s. They were there to have Godfather’s old shoes removed. Also present was the man who had damaged Godfather’s shoe. He was there with his horse.

As though instinctively, Godfather trotted towards this man and lifted the foot with the damaged horseshoe and started nodding. 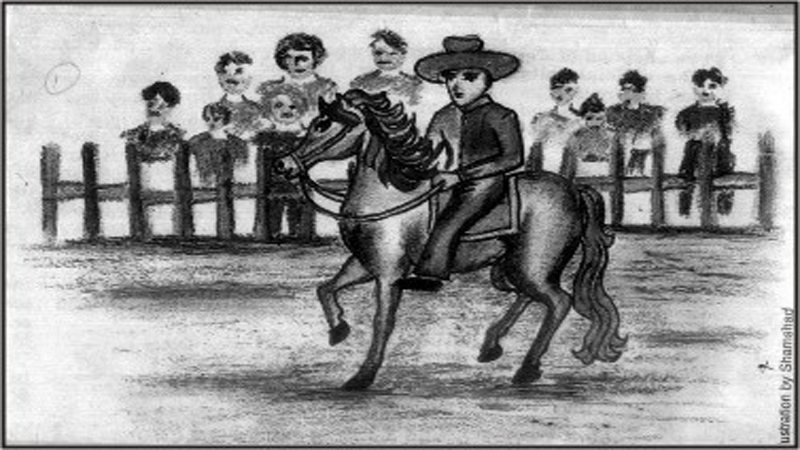 This scared the evil man and before the horse could burst into a fit of anger, he confessed: “I.. I.. I… was responsible,” he stuttered and went down on his knees to apologize. Mark, who was a soft man, accepted his apology. Thus ended the story of the evil man and his horse, and Godfather awaited his next victory yet again.