State of affairs in Balochistan

About 1.8 million children in Balochistan are out of school

One may rave about the in-house change in Balochistan. It appears that power-making decisions this time are not directed by anyone in Raiwand, Murree or someone else, but taken by the provincial leadership regarding a no-trust motion against Sanaullah Zehri. After the 18th amendment to the constitution, it is the first time that the assembly exercised it’s power as they used it as their constitutional and democratic right.

For the last four years, the Balochistan Assembly saw the elections of three chief ministers. First, the National Party’s Dr Malik Baloch was elected unopposed under the infamous Murree Accords. For sake of outer appearances it looked like a deal between National Party and PML-N, but in reality the directives presumingly hinted by the actual power-brokers. In our disorganized political system especially in Balochistan, no matter if a political party holds weak political prospects the leaders can be conferred a portfolio at the behests of their loyalty to the status quo.

Sanaullah Zehri took over for the remaining term of the assembly on December 2015. He was also elected unopposed. After a successful no-trust motion led him to an embarrassing resignation – Mr Quddus Bizenjo was made the CM and also defeated PkMAP’s candidate.

People have high hopes from the new Chief Minister of Balochistan as he has offered to make a cancer hospital. After garnering support from the opposition parties, if Quddus Bizenjo succeeds in resolving some core issues, he will surely outperform the previous two CMs. In the meantime, political observers also fear that in the coming few weeks the Balochistan Assembly will be dissolved if the CM of Balochistan Mr Quddus Bizenjo writes to the governor to do so. The purpose of this seems to be to sabotage the next   Senate elections.

However, the in-house change was a good move to strengthen the house. The province for the last four and a half years was rife with massive corruption scandals that made the past two CMs completely ineffective.

Balochistan is racked by a myriad of challenges — be it lawlessness, poverty, unemployment, health and education or religious and sectarian violence, it all stems from bad governance

The 45 years history of the Balochistan Assembly revealed that there is a constant interference in the political affairs of the province by certain quarters. The nationalist governments was stifled by the establishment and never allowed a moment’s respite to rule. Nawab Akbar Bugti ran it for almost 20 months, Attaullah Mengal for nine months and Akhtar Mengal for 17 months. And rest of the other puppet governments stood or fell by the establishment, and the pliant leaders toed the lines to the powerful elitism.

Today, Balochistan is racked by a myriad of challenges – be it lawlessness, poverty, unemployment, health and education crisis, religious and sectarian violence, it all stems from bad governance. Under incompetent leaderships, the assembly has failed to contain governance issues. Balochistan has not suffered as much because of terrorism as it has suffered because of a lack of governance system that has hampered political progress in the province. The gross miseries of the ordinary folks in Balochistan has brought them far behind in all human development fields. It depicts a dearth of institutional mechanism at all levels in the province.

Around 80 percent of people in Balochistan live in abject poverty. Health and education sectors are portray a horrible picture. Despite the fact that a huge amount of money allocated in the name of a so-called education emergency, there are questions about where this massive amount is spent. it begs a About 1.8 million children in Balochistan are out of schools. Female literacy rate is dismally is 16 percent. A number of shelter less and hundreds of ghost schools with ghost teachers are reported to exist in the province. Hundreds of teachers and doctors from the education and health departments are not paying their duties, and the responsible provincial government does not dare take action against them.

More than 15 percent of the people of Balochistan are afflicted with Hepatitis B or C.   Every now and then, a growing number of patients in Balochistan die of cancer and an increasing level of cancer cases are posing a life threat to ordinary inhabitants. Sadly, the government is still showing a slovenly attitude towards this problem, and has failed to build a cancer hospital in Balochistan. 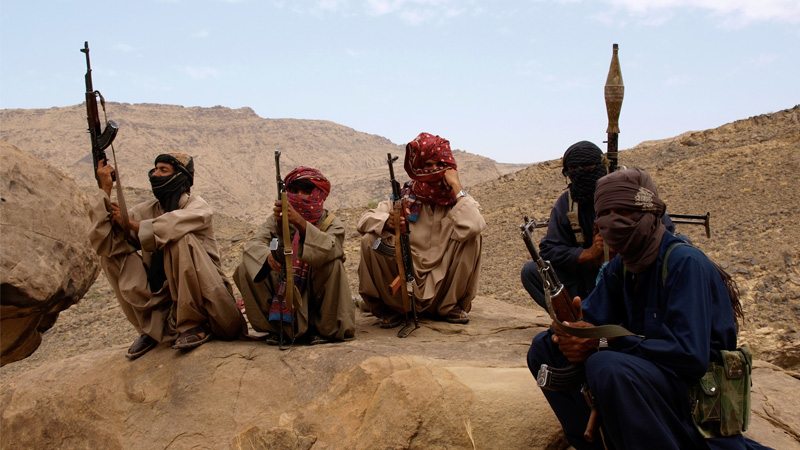 Despite allocating Rs 34 billion for maintaining law and order, the provincial government has failed to bring a sustainable peace to Balochistan.

In the case of corruption, nepotism and favouritism Balochistan has always been ahead in the race. The glaring example of former finance secretary caught with 700 million rupees of liquid cash piled in his house. In the corruption scandals, the province especially, for the last four years appeared a kind of its own where billions of rupees were discovered, being stuffed in water tanks and bakery shops.

In the latest episode, Ayub Qureshy the personal secretary of Sanaullah Zehri was taken into custody. He was caught in taking bribes and transferring a certain portion of money and providing Rs 6.8 million to former CM Sanaullah Zehri on a monthly basis.

The Senior provincial officials privy to the power corridors reported to have conceded to major funds lapses and mismanagement. It is claimed as many as 30,000 jobs lying vacant in the province. But the previous two chief ministers apparently showed incompetency during their tenures, they failed to avail it as opportunity to address unemployment crisis in Balochistan.

The people of Balochistan also express dismay over the terms of the federal government’s agreement on Gwader port with China. They will be getting nothing out of the billion dollars project. China is set to get 91 percent of the revenue generated from the port while 9 percent will go to the port a federally controlled authority. The irony, the local people of Gwader even in this 21st Century are pathetically suffering from the problem of clean drinking water.

The ideal solution to Balochistan issue only lies in a political mechanism and improving the governance system. The legitimate rights of the people has to be dispensed. The province needs a vast and genuine participation of public in the political process.

Instead of installing incompetent and hand-picked leaders, the system should allow genuine political forces to play a role in ensuring stability and order in the province.

Balochistan now can ill afford to plunge further into a state of bad governance. It is high time the woes and wounds healed through sparing spaces to the visionary leadership with a strong political strategy to rule the province, instead of using Balochistan just as a milking-cow.

The author is freelance writer and blogger, can be reached at masoodhameed916@gmail