11 children are abused in Pakistan every day: report 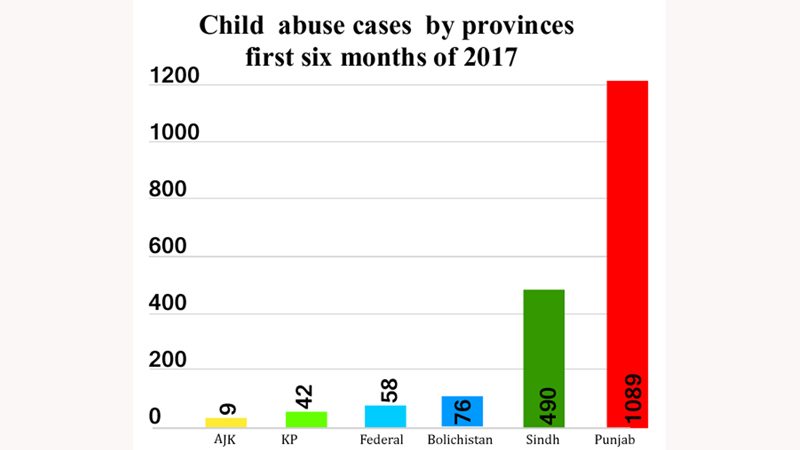 According to the latest numbers released by Sahil NGO, which works on child protection with a special focus on sexual abuse, a total of 1,764 cases of child abuse were reported from across the country in the first six months of 2017. “Many of the incidents of child abuse fail to get highlights in the media”, said Mumtaz Gohar an official from Sahil NGO

The shocking numbers shows the failure of law enforcement agencies, particularly in province Punjab, in apprehending these criminals and curbing a plague which seems to have taken hold of in Pakistan.

In accordance with the data from Sahil, child abuse cases from January to June 2017, Punjab tops with 1089 cases whereas Sindh suffered 490, while 76, 58, 42, and nine cases reported from Balochistan, FATA, Khyber Pakhtunkhwa, and Azad Jammu and Kashmir respectively.

The rural areas are most affected amounted to 74 percent, while the number of cases occurred in urban areas increased by 10 percent as compared to the comparable period in 2016.

Strangers were found responsible for 15% of all cases during the period.

Of all cases, 15% of the crimes were committed at the victim’s own place, while 12 percent were said to occurred at an acquaintance’s place.

An ironic revelation in the report exposes that a 100 percent increase in child abuse by landlords in 2017.