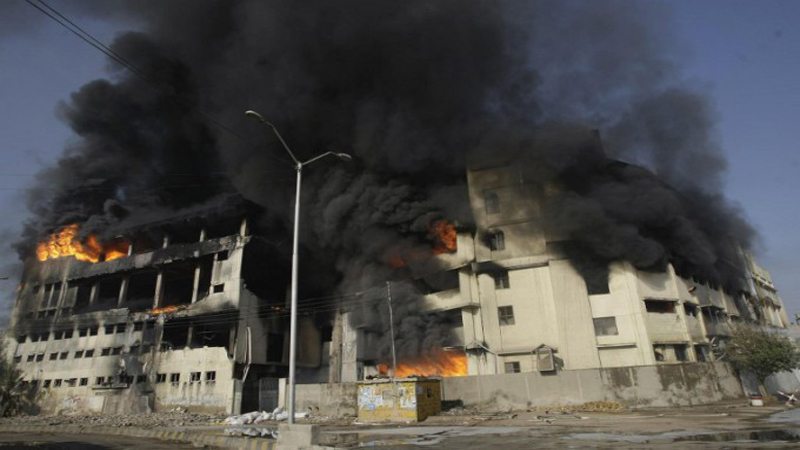 KARACHI: The families of the victims of Ali Enterprises (Baldia) factory fire incident will get monthly pensions as a long-term compensation from the amount provided by the German buyer KIK Textilien with effective from January 2018.

More than 250 workers had died in the worst ever factory fire incident in a garments manufacturing industry in SITE industrial area happened on 11th September 2012.

Karamat Ali said that under an agreement with PILER, a German company KIK Textilien had provided 1 million dollar for immediate compensation to the families in 2012. That amount was distributed through a Judicial Commission led by a retired judge of Supreme Court of Pakistan Justice (Retd.) Rahmat Hussain Jaferry among the affected families. Under the agreement the KIK had also pledged to provide a long-term compensation and would fund for effective occupational safety and health in the garments manufacturing units.

As a long-term compensation another amount of 5.16 million dollar was later provided by the German company, which has been transferred in ILO account. The ILO Country Office in Islamabad chalked out a formula for distribution of pension. An Oversight Committee, with representations from ILO, Government of Sindh’s Labour department, PILER and other labour organisations has been set up.

The Oversight Committee at its formal meeting 24th August 2017 discussed three options for distribution of pensions and the victim families agreed at a later meeting convened at NTUF office on 7th January to accept the Option No. 3, which provides a monthly pension of Rs.7,545 for parents (in case of unmarried victims) and the same amount for the widows of deceased workers. In case the widow has got a child this pension would be Rs. 10,060 and in case she has got two children, then that amount would be Rs. 13,138.

This pension would be distributed through Sindh Employees Social Security Institution, he added. He said this is a first instance in the world that a compensation system has been established for the families of victims of industrial accidents.

Nasir Mansoor said that some international organizations like Clean Clothes Campaign and IndustriAll also supported in this campaign for compensation to the victims’ families.

He also appreciated the support from ILO and other international organizations and the German company KIK, which has provided the money.

Ms. Saeeda Khatton said that the victims’ families have accepted the formula for the pension, provided by ILO and informed that arrears of last year would be provided to the victims families in lump sum. Qamoos Gul Khattak from Muttahida Labour Federation also spoke on the occasion.