It is absolutely essential for the policymakers, local administration and police to be aware of the psychological behaviour of a crowd so that they can anticipate its reaction, tackle them well and be prepared in advance

Last week Kasur witnessed a horrific incident of rape and murder of a 7-year-old girl, Zainab, followed by ugly violence by the unruly mob that had ganged up to protest the unfortunate incident. The crowd went berserk and attacked the office of the deputy commissioner, a police station and later on the hospital as well. Understaffed and unprepared police force, scared by the violent mob, unable to think of any better solution, fired at the protesters to protect themselves and the offices. Resultantly, two youngsters were killed. Later, the enraged mob resorted to pillage and vandalism.

Why do people resort to violence and vandalism? Why do we fail to understand the phenomenon and prevent it? How some quarters further accelerate it as they have their own axe to grind. It was a classic example of gang mentality, which takes place when a group of enraged people gets together over an issue of common interest. The sentiments and emotions of enraged and aggrieved group are so flared up that one incendiary slogan can lead them to arson and violence. As per credible research about the mindset of a violent mob, being part of a group can destroy people’s inhibitions, liberating them do things they would never otherwise do.

The opportunity of giving vent to their anger without the fear of being detected, shielding behind the group, encourages them to resort to rioting and violence. In the process, they lose their individual values and principles and adopt the group’s principles, which, during a riot, are usually to cause destruction with impunity. The mob feels justified to act in this manner due to a perceived inequality or unfairness, and the mutual emotion can make the cause seem even more important.

Usually younger lot falls prey to gang behaviour as being part of violent mob can be exciting, liberating and powerful. Furthermore, operating within a group gives them a feeling of invisibility and security that they won’t be detected or held responsible for their actions. The footage of violence in Kasur shown on different TV channel clearly shows young boys resorting to violence and pelting stones. It could be seen that group dynamics had come into play; instinctual responses were exacerbated by group influences.

The Kasur incident has made it clear that such occurences can cause violent riots. The police and administration lacks knowledge of mob psychology and to make things worse myopic politicians and a ratings-hungry media add fuel to the fire

Unfortunately, some political leaders and TV channels further poured fuel on the flared up sensibilities of the agitating people. Consequently, many more joined the crowd for protest and rioting. Local police and administration seemed unprepared for such behaviour. Had they been aware of such behaviours, they would have anticipated such reactions and adopted proper preemptive measures.

It is absolutely essential for the policymakers, local administration and police to be aware of the psychological behaviour of a crowd so that they could anticipate the reaction, tackle them well and be prepared in advance. It is essential for these stakeholders to have knowledge of the three psychological theories that address crowd behaviour. First is Contagion Theory, proposes that crowds exert a hypnotic influence on their members that results in irrational and emotionally charged behaviour often referred to as crowd frenzy.

Second is Convergence Theory that argues the behaviour of a crowd is not an emergent property of the crowd but is a result of like-minded individuals coming together.  If it becomes violent, it is not because the crowd encouraged violence, rather people wanted it to be violent and came together in a crowd. Third is Emergent-Norm Theory that combines the two above arguing that a combination of liked-minded individuals, anonymity and shared emotions leads to crowd behaviour. 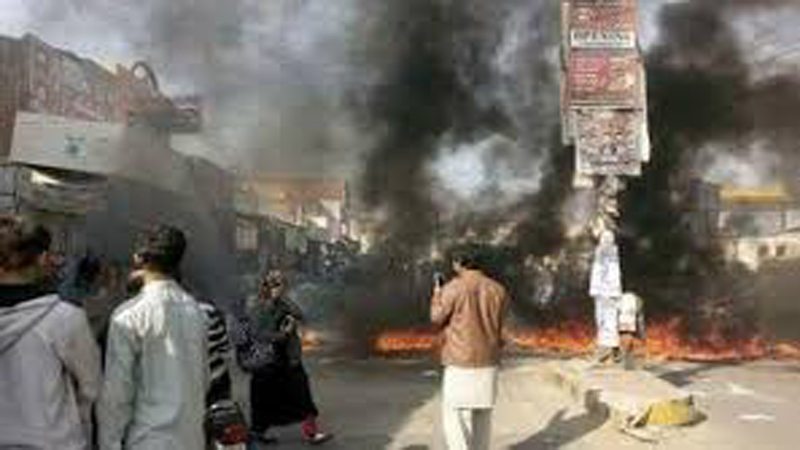 The knowledge of these theories can be helpful at pre-violence stage and even afterwards. It has been observed that once the violence is over, no action is taken against the violent group members who carry out vandalism. The perpetrators must be identified from the footage of CCTV cameras and legal action be taken against them. They should be made to pay for the damage done to the public property. The parents of youngsters should pay for broken traffic lights and torched buildings etc. This measure will strike at the ‘invisibility in the group’ factor and in future such elements will be deterred.

Localised violence becomes widespread due to irresponsible media coverage and social media interaction. This is what happened in Kasur because the news and more importantly incendiary comments of so called anchors and analysts triggered the sentiments of youngsters. They ganged up and resorted to violence. The slanted coverage ricocheted in social media. Even the morning show hosts wailed and cried themselves hoarse to get extra viewership.

They sensationalised the news and blew many aspects out of proportion. Axiomatically public sentiments were stirred and unrest increased in the society. Why couldn’t the TV channels cover the incident in a dignified manner so that their job of informing the public is done without instigating the viewers to resort to violence? Do we lack training or we care a fig about laws and morals?

The lesson learnt from violent reaction over Kasur incident is that most often mob mentality culminates into violence after such incidents, police and administration lack knowledge of mob psychology, myopic politicians fuel the fire and rating-hungry media plays up the issue beyond required limits. All four quarters need to be educated, trained and tackled so that violence should not be an option for the protesters. We need a peaceful society. Parents, teachers, politicians and governments should join their heads to adopt ways and means to impede recurrence of violent acts in future.