Free trade should benefit the people not corporations 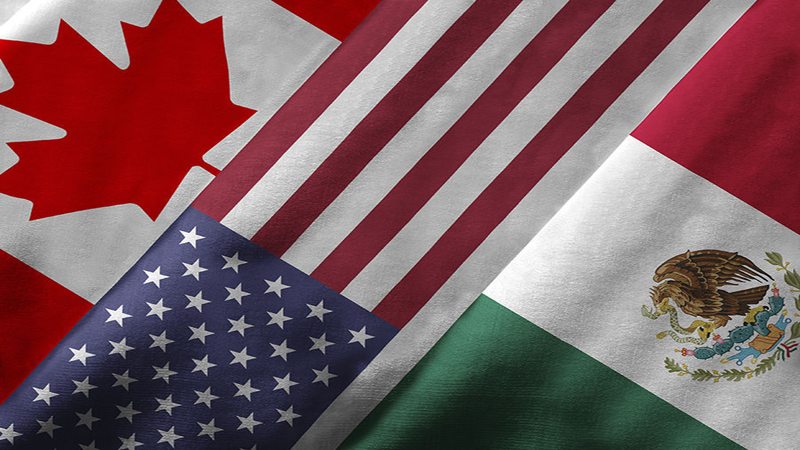 There is a lot of angst in the US corporate world. They are quite concerned that the renegotiation talks between the US, Canada and Mexico (the three participants in the North American Free Trade Agreement -NAFTA) may not deliver a new agreement that is as lucrative as the old NAFTA.

NAFTA has been in place since 1994. It is a classic neoliberal trade agreement as described by essayist George Scialabba: “investor rights agreements masquerading as ‘free trade’ and constraining the rights of governments to protect their own workers, environments, and currencies.” As such, it has served corporate interests well.

US corporations counted on NAFTA and other trade agreements to keep wages low by the threat of, or actual movement of manufacturing jobs to wherever it was easiest to exploit workers and the environment.

A re-negotiated NAFTA, would, if US negotiating positions were accepted, force Canada to scrap the price protections that give their dairy farmers a fair price for their milk. In Mexico, US corporate interests would hope to prevent Andrés Manuel López Obrador, if elected president, from trying to bring Mexican farmers out of poverty. Obrador calls for expanding the country’s dairy industry and rebuilding its native corn production. (American agri-business destroyed Mexican family farm corn production by dumping cheaper corn on the Mexican market-hence the spike in illegal emigration to the US after NAFTA went into force.)

Protectionist policies on the part of Canada and Mexico? Yes, but what is the function of government if not to protect its citizens? Trump says “America first” but it goes both ways. Presumably, our government was not founded with the intent of protecting corporate interests. In fact, as Thomas Jefferson noted, “The end of our democracy- will occur when government falls into the hands of lending institutions and moneyed incorporations”.

Multinational corporations, the real beneficiaries of free trade agreements, write the
rules, stash their profits in off-shore tax havens, all while they cleverly tout the agreements
as being in the best interests of the farmer and wage earner.

As a dairy farmer I am told trade agreements have and will continue to help me “compete globally”. Through NAFTA we can increase our sales of dairy products to Mexico and crack Canada’s protection of their farmers milk price. Notice they do not say this will increase our profitability, only our sales- so why should I want to produce more, sell more, when there is no profit? It only means farmers will need to work harder to make the same or less at the expense of Canadian and Mexican farmers.

Of course, that is not the concern of the “dairy industry”. Their profit is insured by the willingness of farmers to produce more and never question why they cannot get a fair price. If dumping our cheap corn on Mexico or putting Canadian dairy farmers out of business is the price of increasing corporate profit- so be it.

President Trump promised to make NAFTA better or pull out. What he and his administration would define as better is a very loaded question. I have seen little in the past year to indicate the administration wants to do anything to raise farm prices, wages, or curb the influence of corporate interests on government. Just look at the new tax bill-let the good times roll for the rich and corporations!

Wisconsin Assembly Speaker Robin Voss is wrong when he says “NAFTA has worked for Wisconsin. It’s not the time to put new obstacles in place that would hurt the very markets that our business owners and farmers depend on.” If NAFTA has worked why are farmers being told to expect continued low prices in 2018?

So, rather than more of the empty populist rhetoric that fueled his campaign and election, the President, for once, actually needs to follow through on a promise: NAFTA should be replaced not re-negotiated.

As Public Citizen’s Global Trade Watch noted, “Trump launched the promised NAFTA renegotiation in August, but US corporate interests have persuaded Canada and Mexico to not engage on US proposals to transform NAFTA in ways that US unions, small businesses and consumer groups have long argued would slow job outsourcing and downward pressure on US wages”.

Anyone who supports the continuation of NAFTA without questioning who actually benefits really has no concern for the best interests of farmers or workers in the US, Canada or Mexico.