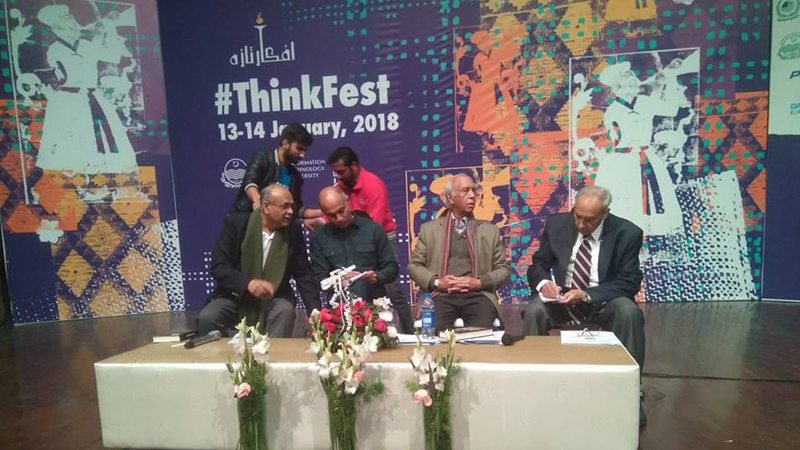 LAHORE: Muslim countries should give equal rights to minority communities as a country is known by the way it treats it minorities, British Muslim politician Sayeeda Warsi said on Sunday.

She was delivering the keynote address at the second and concluding day of the second edition of Afkar-e-Taza ThinkFest.

Warsi said, “we should question ourselves before judging others. We should ask ourselves what we are saying, what we believe in, and what we are doing. We need to overcome the fear of love to win.”

Referring to Pakistan’s upcoming general elections, she urged the Pakistani people to ask tough questions to themselves and to their representatives, adding that the people should not judge contestants based only on the number of weddings and funerals attended by them, or the number of police stations controlled by them.

On her resignation from foreign ministry, she said, “The Israeli army action in Gaza was disproportionate, and being the first Muslim British minister, I felt that I should quit in protest, which was considered appropriate.”

“Five percent of Britain’s population is Muslim, among them 1.8 million are of Pakistani and Kashmiri origin. We enjoy all the rights and opportunities to rise to any level in accordance with the law,” she said.

Earlier, opening the session, Mr. Nizamuddin, the Punjab Higher Education Commission chairman, urged vice chancellors of all 57 universities of the province to develop a culture of discussion and debate. He said the example set by the Information Technology University (ITU) should serve as a model for other institutions. “This convinced the Punjab HEC to extend its full support for the festival, and now the PHEC is planning to hold similar activities at Multan, Bhawalpur and Rawalpindi.”

He said that there was a need to promote culture, research, and dialogue and to talk more about history, politics and arts. “No research can be completed without academia’s linkages with the outside world,” he added.

In the session on Rohingya Muslims titled Inside the Burmese Genocide, the speaker Azeem Ibrahim from US Army College termed it the greatest humanitarian crisis which had left the largest population of stateless people. He said about 650,000 people had been displaced due to the ethnic cleansing in Myanmar. “The state authorities are using arms against their own people and their land has been redistributed among other communities,” he said. 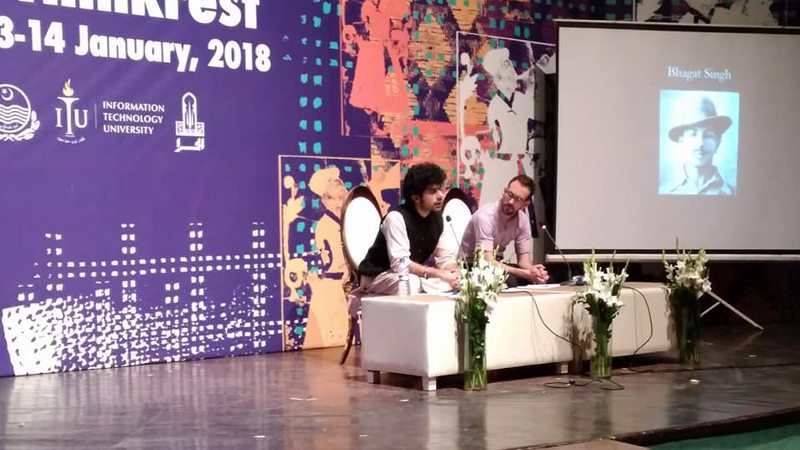 Omar Waraich from Amnesty International stressed that the Rohingya should be given the opportunity to have a dignified and safe life, instead of calling them illegal invaders.

The second day of the Afkar-e-Taza ThinkFest attracted large number of participants. As many as 112 speakers, including 25 from abroad and representatives of 35 universities, attended the event.

The topics discussed in other sessions included Jerusalem: The Future of Middle East, Midnight’s Furies: The Partition of British India, Entrepreneurship meets Media: Redefining Heros of Pakistan, India Turns East: US China Rivalry, The Rise of Right Wing, Where is the Media Heading, Shrines Violence and Society in Pakistan, Standing up to the Field Marshal, Inqlab Zindabad, Mr & Mrs. Jinnah, The marriage that shook India, The enemy within: a tale of Muslim Britain, The Next Five months, Artificial Intelligence as the New Electricity.

In a session on Baghat Singh, historians Ammar Ali Jan and Daniel Elam discussed the life and philosophy of the Indian revolutionary. They highlighted that he was a truly cosmopolitan figure, who was thinking about the possibility of emancipation for all the exploited and marginalised people of the world. They said Singh was conscious of inequalities related to socio-economic class, race, gender and religion, and that his project was not just anti-colonial but also anti-capitalist.

The afterlives of figures like Bhagat Singh remain relevant as long as there will be injustice, since they will continue to figure in political projects that challenge the status quo forces

Ammar Jan highlighted that his name was the only reason why Bhagat Singh was disowned by authorities in Pakistan, given the fact that he was born in Pakistani Punjab and was executed by colonial authorities at Lahore’s Shadman Chowk. He recalled that a few years ago men affiliated with Khadim Rizvi, who now heads an extreme right wing political party Labbaik Rasoolullah, had prevented the attempt to rename the Shadman Chowk as Shaheed Bhagat Singh Chowk. “When we asked them why they were so opposed to the move, they did not have any answer except for the fact that this guy’s name was Bhagat. They told us someone named Bhagat cannot be considered a Shaheed.”

Jan and Elam also shed light on Bhagat’s personal life. They said he was a huge fan of Bollywood movies of the time. This aspect was important to bear in mind because it reveals that after all he was a 23-year-old youngster.

At 23, they highlighted, Singh was engaging with revolutionary political thought being produced across the world and was among the figures who have since disrupted the mainstream understanding of a political philosopher. Unlike the prototypical political philosophers of Western Europe and Northern America, Singh belonged to the other lineage of thinkers whose works evolved spaces like prisons and under the guise of colonial authorities. 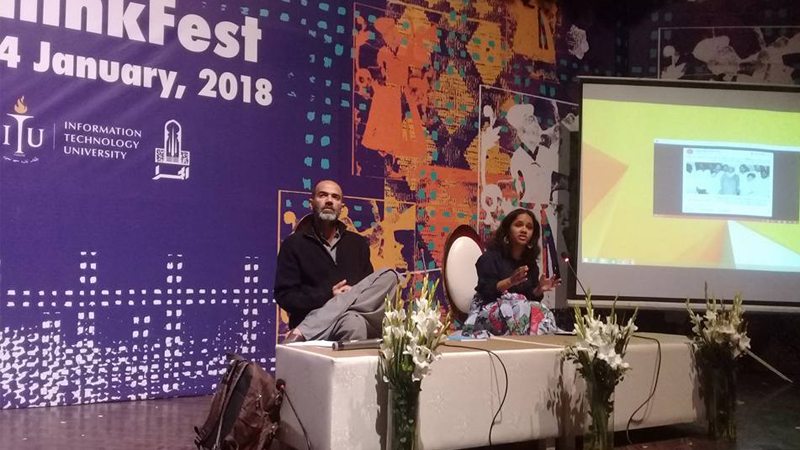 The historians also talked about the internationalism of 1920s and 1930s in which Ghaddar Party was operating and in which Communist Parties of England and Germany would send their activists disguised as sailors to import books on political thought and strategy inside India, where even carrying books had become a crime by then. The Communist Party activists used racial superiority to serve their emancipatory political ideals and to connect with their comrades in non-European places, they said.

They concluded on how the afterlives of figures like Singh remained relevant as long as there would be injustice, since they would continue to figure in political projects that challenge the status quo forces.

A session on a recently launched book by a Punjabi poet Nain Sukh saw multiple disruptions as agitated members of the audience objected to the portrayal of Punjabi poet Nasreen Anjum Bhatti in one of Sukh’s short stories.