Mr minister, Zainab’s parents paid the price of negligence, will govt too? 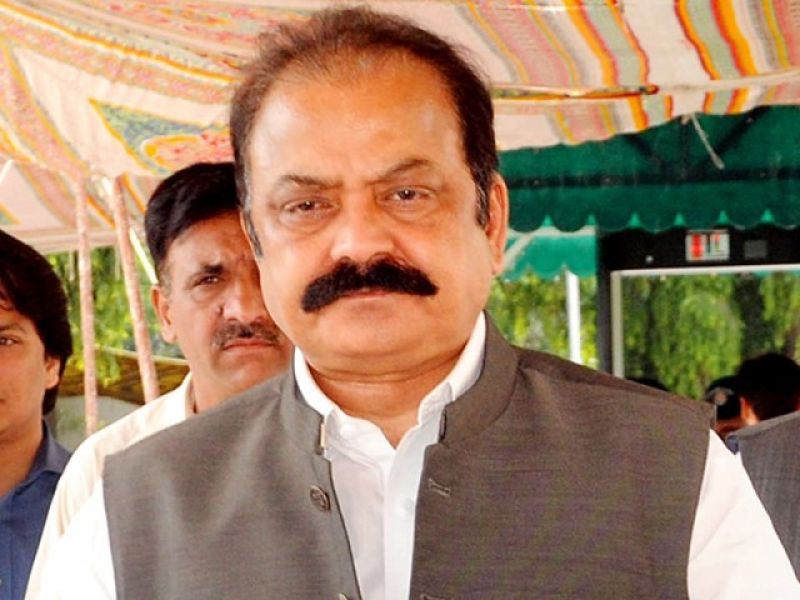 Six-year-old Zainab Ansari disappeared, was raped, murdered and thrown in a rubbish dump.

At least my vocabulary has no words to explain the sadness, helplessness and rage this news carries with it.

People have been expressing their feelings in every possible way, whether it’s on social media #JusticeForZainab or on ground by holding peaceful/not-so-peaceful demonstrations.

Police also contributed its part by murdering 2 protestors, apparently while trying to manage them.

Rana Sanaullah, Law Minister, summarises Punjab government’s reaction in this one liner “A child’s safety is its parents’ responsibility”

One might find this statement most insensitive from an elected representative, who is primary responsible for ensuring safety of its citizens. However, it went very well with supporters and followers of Punjab’s ruling party. They have been running it on social media/media religiously.

Let’s not forget that the same minister has been covering up many other crimes in Punjab by blaming victims, only to protect his government.

Zainab disappeared on January 4 and her body was found on 9th. What were the police doing during those four days?

This question would be labelled by government as politically motivated. But if politics is not raising correct questions then what is it? Wasting public money on image-building of individuals?

Is it an isolated crime in Kasur, city where unfortunate Zainab lived six years of her life? No.

Five-year-old Ayesha Bibi who disappeared from outside her home in January last year was apparently first of the group of seven girls who went missing, were raped and found dead after few days near their homes.

Interestingly, homes of all girls are situated within a 3km (two mile) radius. Equally important is DNA test results which indicate the involvement of one culprit in seven similar cases that occurred in the district over the past year.

So, we are not looking at negligence of police (and government) spreading over 4 days but over 365 days.

Why couldn’t police investigators monitor an area of 3 kilometres? Did police not know this basic skill of crime investigation?

Political opposition is rightly highlighting the continuous neglect of police and government towards its basic duty. It wouldn’t also be unfair to say that a portion of the opposition is also trying to take advantage of the situation and settling scores with the government.

Can one blame them, especially after seeing insensitive reactions of government officials, such as its law minister, and supporters?

Now let’s look at the reaction from the conservative religious groups. Like Punjab government’s reaction, they also reacted in a typical manner, i.e., blaming vulgarity on media and lack of Islamic laws as main reasons behind the gruesome Zainab murder after rape.

When one such cleric was questioned why children are raped in religious seminaries, he hostilely reacted to news reporters to protect fellow clerics and the seminaries. He continued his sermons blaming everything on ‘vulgarity on media’ and declaring rulers responsible for all crimes.

Question for those who find solution of everything in Islamic law is: has Qisas/Diyat law eliminated crime of murder from Pakistan?

Social activists and other concerned citizens tried to bring rationality in the debate by not only holding peaceful demonstrations, calling for immediate arrest of culprits, but also bringing in ideas on how to train children against sexual abuse.

Then came another wave of hostile reactions from the religious conservatives, terming training of children as a ‘western conspiracy’ to destroy our ‘Islamic society’.

Some would ask if marriage of a 9 year old girl is ‘halal’ (allowed) then what’s wrong with educating a 9-year-old child on how to protect against sexual abuse?

No one else can feel the pain of grieving parents. They travelled to Saudi Arabia to perform the umrah pilgrimage and left Zainab with her aunt. Zainab disappeared on her way to a Quran class.

Parents performing the umrah pilgrimage and Zainab on her way to Quran class but nothing could stop the culprit from perpetrating this horrific crime.

It would be very insensitive to increase their pain by blaming them for not protecting their child in the first place.

However, it is important to mention that it is parents’ duty to make sure their child is safe from any danger.

It is worth mentioning that Punjab Chief Minister visited Zainab’s parents for condolence, in darkness of the night. Some would say it was to avoid angry public reaction. He took his famed ‘notice’ and established Joint Investigation Team (JIT) for the arrest of the culprit.