Being mother of a little girl, I can at least empathise with the ordeal of pain and dread that parents of seven-year-old Zainab, the little girl found raped and murdered in Kasur, are going through. This pain will stay with them long after the social media gurus forget the incident and move on to other issues.

Loss of a child so young and so innocent to even natural causes creates a lifelong void in the hearts of parents, for the smallest coffins are the heaviest. But Zainab and many children like her have been lost to sick, brutal rapists that prowl our society. A society that in recent times has slowly learnt as a self-defence mechanism to not let young children go out playing alone, preferring them to stay indoors most of the time.

Zainab’s tragic case is not an isolated incident. According to news reports, more than 720 incidents of the same nature have been reported in the media since 2015.

Human Rights Commission of Pakistan (HRCP) reported very clearly that a fact finding mission received ‘credible testimonials indication large scale sexual abuse of children over many years in village Husain Khan Wala in Kasur district.’ This issue was discounted by the politicians as a part of land dispute controversy. It has been claimed that if the government had paid heed at the time, the incident of Zainab and many others could be forestalled.

A line that is shamefully towed by some of the heartless politicians over media is that the Zainab incident is foremost the result of parental neglect. This perspective is not only heartless but downright shameful. This is just like saying a woman is raped because of her clothing. When do we place responsibility of rape on the rapist and stop justifying heinous acts to veil our incompetence?.

Our fake façade of morality prevents us from giving sex education to our children. Mothers and fathers are reluctant to tell their children the difference between good and bad touch or even how to raise alarm if they ever find themselves in such situations

When there were widespread reports of sexual crimes in the district of Kasur and a pattern indicated that there is a network of rapists on the loose, the state cannot shy away from its responsibility by merely creating a JIT or sacking the sacrificial goat of the District Police Officer. Wherein, the criminals in the Hussain Khan Wala case are known to have been politically protected.

It is sad that a society which is so obsessed with morality and religion fails on many accounts when it comes to protecting its minorities, women and children. Ironically, the societal obsession continuum has morality and sex on its either end.

Our fake facade of morality prevents us from giving sex education to our children. Mothers and fathers are reluctant to tell their children the difference between the good and the bad touch or even how to raise alarm if they ever find themselves in such situations. Some schools that are imparting such educational classes limit it to the girls and to the issues of menstruation.

Male children are as susceptible to sexual abuse and more in need of sex education. It is courageous to raise our daughters like our sons but it is even more needed to raise our sons like our daughters. It may be clear though that the abhorrence to discuss sexual conduct issues is a matter of cultural upbringing and not religious training. 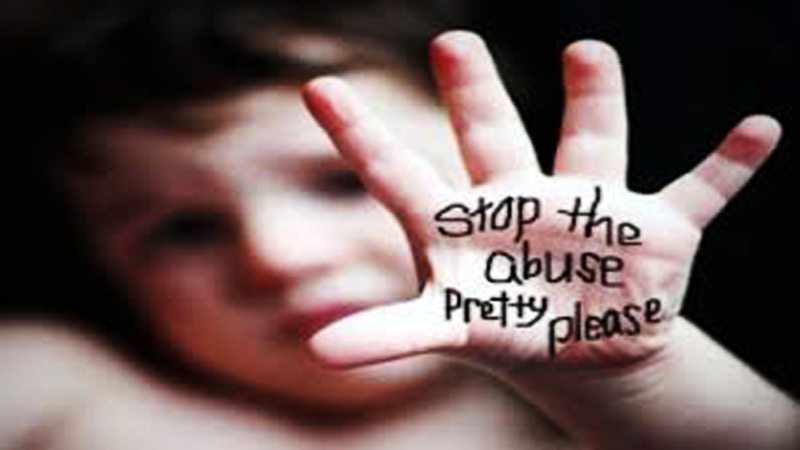 Many people who oppose the idea of teaching children about sex related issues forget that Quran and the Prophet frankly discuss such issues for guidance of Muslims. Prayer is supposed to be learnt at the age of seven by Muslim children and hence is considered the age of understanding the Quran that divulges issues of all manners to its followers.

To add to the dismal state, our media mirrors the society. It remains at loss of ethics when it comes to sharing pictures of victims like Zainab or cruelly interrogating her parent’s feelings.

Our people really love sensational news. Giving media the ample excuse that demand generates news, we are bombarded with senseless news of marriages of two sisters to a man or obsess over a politician’s marriage proposal or women’s clothes and whom she is seen with. Wherein media regulatory authorities have no qualms about all sorts of nonsense drama/morning shows going on air, it jumped in and sent notice to TV drama creating child abuse awareness. There is no middle ground on our sex-morality continuum.

Pages and pages can be filled about need for societal, individual and state introspection. Hopeaholics can still hope that the state will take responsibility. But it is the civil society that needs to stand up for themselves. To teach children about un-wanted sexual advances, to call out the rapist, the pedophile, the harasser, to shame the elite politicians and anyone shifting the blame to victim or their families, to demand justice as it should be served.

Lesser injustices than Zainab’s loss have created history changing mass movements across the globe. We require mass movements and societal shifts to ensure that there are no more victims of child abuse.