Taming Trump: a lesson from the Philippines

From his statements, Duterte appears similar to Trump. But in fact, he is very calculated underneath his apparent madness

Disparaging tweets by Donald Trump and punitive measures by his administration should not be our greatest concern. The US is a wonderful country in many ways, but every picture has two sides. In fact, Trump only unveiled the draconian face and the corporate greed of the capitalist US No one could do this job better than Trump has done. Therefore, we should thank him five times a day.

The Pakistan-US relationship has always been transactional in nature. History tells us that the US had been generous during those periods when it required Pakistan’s support to garner its interests.

We cannot blame the US if we failed to bargain the best deal in bygone times. If the need arises again, in the near future, Trump will not waste a second to take U-turn and start singing love songs for Pakistan. In the present conundrum, both countries have ample scope for manoeuvring.

Europeans were used to considered the American civilisation as a teenager who believes more in his muscle power and keeps on experimenting. This is what the US has been doing in global affairs in recent decades. By conferring Trump with the responsibility to represent US culture, beliefs and way of life in the world, American voters have only confirmed existing European perceptions.

Rodrigo Duteret, president of the Philippines, is one of those leaders who knows the language the US really appreciates. As a former colony, Philippines had a ‘special relationship’ with United States due to its strategic location in the South China Sea. During the election campaign Duterte promised to restore Philippines’ respect in the international community and make the nation free of drugs, crime and corruption. 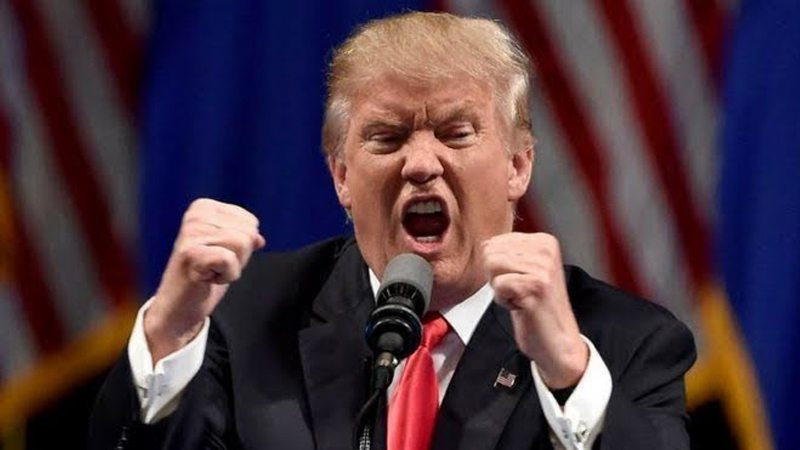 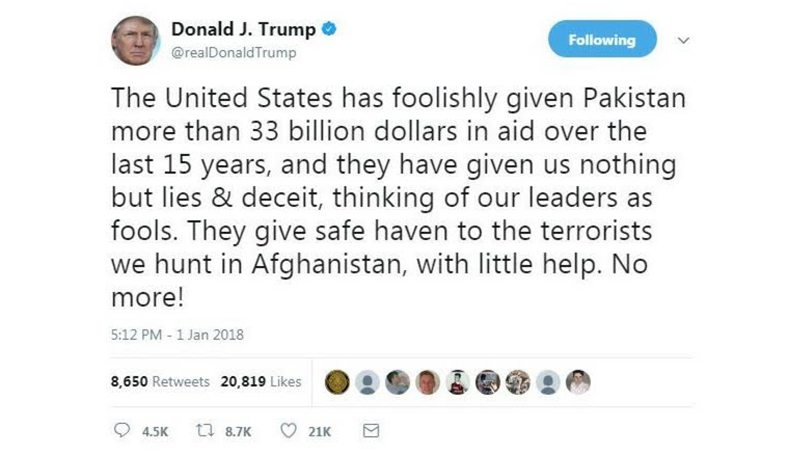 Before running for presidential election, Duterte served as the mayor of Davao city for 20 years. Before his Mayor ship, Davao city was a heaven for criminals, drug users and rapists. He handled the criminals with an iron fist and today the majority of Filipinos consider it as the safest city in the Philippines.

Free medical care is offered to the poor and the city government offers free schooling up to the secondary level education. Duterte promised to replicate the same model and the nation bestowed him with a landslide win. He became the 16th President of the Philippines on June 30, 2016.

As he had promised, he declared war against drugs on the very first day of his presidency. He offered rehabilitation to drug addicts who has surrendered. Since he took office, 1,308,078 drug users had surrendered, 2.246 tons of illegal drugs had been seized, and more than 7000 people have been killed. The majority of Filipinos today are content and consider him to be a saviour. A survey conducted in December 2017 shows that 71 percent of Filipinos are satisfied with his role as President while the other 15 percent were undecided. Europe and the US are not at ease with him for their own reasons.

As the president of Philippines, Duterte does not care about his words and diplomatic niceties while talking about the West. He accuses Europe, UN, and US of bullying and hypocrisy. During an election campaign he asked the US and Australian ambassadors to shut their mouths up for their interference in the Philippines’ politics. He called Philip Goldberg, US ambassador to the Philippines, a ‘gay son of a bitch’. The same ambassador was accused by Bolivian president for spreading unrest and rendering support to rebel groups and thus expelled in 2008.

With dreams of US citizenship, or accumulating more properties in London, it is impossible to defend the nation’s interests. Until we are not conscious about the honour and dignity of our homeland, capitalist Trump will continue treating us as his personal slaves

Ban Ki-moon, the Secretary General of United Nations, once lectured him about human rights violations. Duterte urged him to do his job in Syria, Iraq and Afghanistan first. Next day Ban Ki-moon selected Pakistan to enlighten with his thoughts. Duterte called John Kerry, former secretary of state, a crazy man who gives money if insulted. He once said that if you offend Americans, they give you more money. The day he declared Barak Obama as ‘son of a whore’, a diplomatic crises seemed very likely. But the US ignored it and now thinks twice before uttering a word about Duterte or the Philippines.

From his statements, Duterte appears similar to Trump. But in fact, he is very calculated underneath his apparent madness. While the US was busy finding ways to deal with him, he laid down the foundations for an independent foreign policy. In the first year of his presidency, he visited China twice and he is the first president to visit Moscow in recent history. He managed to secure up to $40 billion in the form of loans, aid and grants from China, Japan, Russia, and the Gulf Cooperation Council. Forbes magazine included him among the most influential persons list in 2016. In the meantime, US and EU learnt to behave with him

Duterte is not the supreme commander of one of the best forces of the world equipped with lethal weaponry. He does not own luxurious apartments in London or a royal palace in Dubai. He lives, dresses and behaves like a common man. Despite this he is far more respected than our billionaire leaders and receives attention from foreign leaders. Trump does not care much about his words while talking about our nuclear-armed nation, but in one year of his presidency he could not dare utter a single word about human rights violations in Philippines’s war against drugs or put that country in some sort of watch list.

This is not to suggest in anyway that we must use the same language Duterte used to make Europe and the US respect his country. The lessons we can learn from him include creating an indigenous leadership which is proud of its origins and identity, and whose interests lie within the country. With dreams of US citizenship, or accumulating more properties in London, it is impossible to defend the nation’s interests. Until we are not conscious about the honour and dignity of our homeland, capitalist Trump will continue treating us as his personal slaves.

Our real national challenge is to liberate our businessmen, politicians, bureaucrats, and generals from the obsession of ensuring a retirement home in the US and American citizenship for their offspring. If our foreign minister prefers New York to organise a walima ceremony for his son, then an independent foreign policy is just a term comprising three words devoid of any meanings. As a nation we nation need to decide how long and to what extent we like to suffer humiliation chasing our dreams in foreign lands. It is now time to think about when we will start transforming our homeland into a paradise on earth?