On the eve of the New Year, a new wave of protests greeted the government of Iran. Thousands of people took to the streets to protest against the incumbent government and raised slogans against a range of issues: economic grievances, political dictatorship and misplaced foreign policy priorities.

To quash the popular uprising, Rouhani-led reformist government reacted with brute force and indulged in macabre violence. So far, more than 20 protesters have been killed, including two security officials, and thousands have been incarcerated.

In the best of times, with access to data along with benefit of hindsight, it is not easy to pinpoint specific causes for popular uprisings. It becomes extremely difficult to get acquainted with ‘exact reasons’ that prompted Iranian protests, when all one has are dollops of information, not independently verifiable, through social media and informal sources, thanks to political repression and absence of a free media in Iran.

As a result, this outpouring of public anger has led to all sorts of speculations as to its underlying causes. Political inclinations and ideological predilections have determined political prognostications and analysis. A considerable segment of western media has focused on the growing unpopularity of Iran’s foreign policy decisions and the attendant economic toll the people in Iran have been made to endure due to them. Wearing the badge of moral crusaders, some commentators, who have had no qualms indulging in intellectual sophistry in the service of the mightiest military machine in the world, have turned the indigenous protests into a bludgeon to beat Iran with. 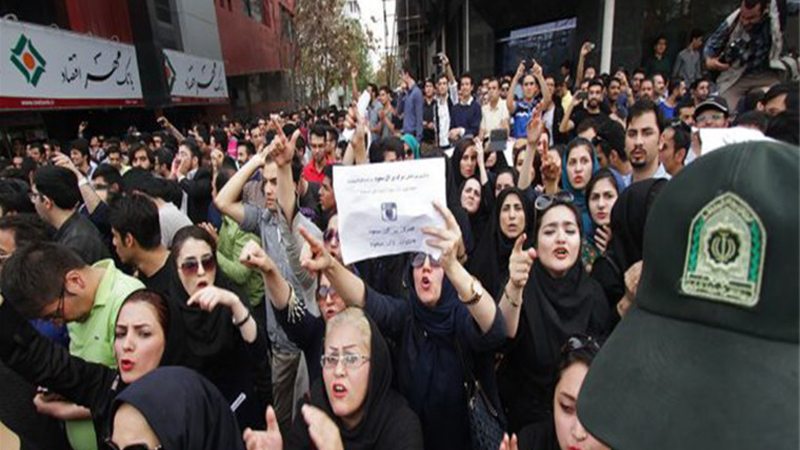 Taking a more pugnacious approach, a few even have supported arming protesters with Explosively Formed Penetrators (EFPs), used to deadly effect by Iranian-supported militias against occupation forces in Iraq, to make Iran taste its own medicine.

Others have explained the protests as against the powerful and politically dominant religious clergy. For many analysts, it is merely economic determinism that sufficiently explains this public defiance. It was Sir Arthur Conan, who said, “It is a capital mistake to theorise before one has data. Insensibly one begins to twist facts to suit theories.”

Caution is important so far as it does not incapacitate one’s analysis. So, why are people protesting in Iran? Riots and expression of public anger are not something new in Iran. There was a students’ uprising in 1999. In 2009, a political movement, also known as Iranian Green Movement, led by Mir Hossein Mousavi and Mehdi Karroubi, arose to protest rigged elections and called for the removal of Mahmoud Ahmedinejad. But unlike these protests, the current wave of uprising and defiance emanates from rural areas and conservative bases, considered tradition bastion of religious hardliners. For example, protests started in Mashed, the second largest city in Iran, where religious clergy holds sway. Moreover, this time round, reformists have been passive spectators, rather than active participants in the movement.

As of now, it is impossible to predict the future of this display of public defiance. Ruling establishment is too strong and repressive to be seriously politically tested so easily

More recently, there were strikes at Haft Tepah sugar cane plantation in southern Iran. Due to economic inequality and absence of labour unions, such strikes have sporadically been launched to secure the rights of workers.

The economic miseries of the common folks have been exacerbated by decades of crippling sanctions imposed on Iran and kleptocratic elite, siphoning off meagre resources. Not to mention the economic cost incurred due to Iran’s growing role in Middle East. The expectation of much-needed economic dividend the Nuclear Deal was supposed to bring, has been dismally frustrated.

As of now, it is impossible to predict the future of this display of public defiance. Ruling establishment is too strong and repressive to be seriously politically tested so easily. Thus, the sustainability and even moderate success of these protests depends upon their capacity to rally and bring under their fold other causes and the willing of reformists to put their support behind this movement. Only a broad political coalition can exploit a chink in the armour of ruling establishment, represented by reformist Rouhani and hardline Khamenei, and create greater space for the former, considered more pragmatic and sensitive to popular pressure.