In 1988 when the Soviet Union began the process of withdrawing its troops from Afghanistan, Pakistan was left alone to fend for itself with some ‘strategic liabilities,’ including millions of destitute Afghan refugees in dire need of food, shelter and employment

Originally there were four parties involved in the Afghan conflict. It is these three parties which are mainly responsible for the conflict in the Af-Pak region. First is the former Soviet Union, which invaded Afghanistan in 1979.Second are Pakistan’s security agencies which nurtured the so-called Mujahideen. Third is Saudi Arabia, which generously funded the jihadists to promote Wahabbi ideology. And finally, the West, which funded, provided weapons and gave international legitimacy to the Afghan ‘freedom fighters’ because they were fighting communism. Saudi Arabia and the Gulf’s other petro-monarchies took the West’s side because the former Soviet Union and Central Asian states produce more energy and consume less. Thus, the Soviet-led bloc was a net exporter of energy while the Western capitalist bloc was a net importer.

Why did Pakistan choose to join this unholy alliance against the Soviets during the cold war? In order to understand this, we need to take a cursory look at the history of our country. During British colonial rule, Pakistan’s leadership had a patron-client relationship with the British colonialists.

The Indian leadership also used to have that relationship with the imperialists. But in the case of Pakistan, there was an additional aggravating factor involved: the numerical weakness of the Muslims of India and Pakistan and their consequent dependence on the British imperialists against the permanent numerical majority of the Hindus.

It’s not that the Hindu leaders were not afflicted by the colonial mentality, but in the case of Pakistani leaders, the myth of Western invincibility and infallibility was cherished even more. That’s why Pakistan’s first PM, Liaquat Ali Khan declined the request of a state visit from the former Soviet Union and went on a state visit to Washington instead.

It wasn’t just the colonial mentality of Pakistan’s leaders but certain geopolitical considerations also played into their thinking for forming a strategic alliance with the Western bloc. Immediately after independence, India annexed the Muslim majority state of Kashmir.

When the interviewer asked Zbigniew Brzezinski if he regretted having supported and armed future terrorists, he replied “What is most important to the history of the world? The Taliban or the collapse of the Soviet empire?

Then in the 1950s, India took advantage of the Kashmiri territory (the riverheads of Pakistani rivers are located in Kashmir) and diverted the waters of Pakistani rivers to irrigate India’s western provinces. Bahawalpur turned barren overnight and the agricultural economy of nascent Pakistan suffered a tremendous blow.

With the involvement of the World Bank and the Tennessee Valley Authority of the US, Pakistan and India signed the Indus Waters Treaty in 1960, which allocated exclusive rights for the use of three eastern rivers to India; and some rights, such as the right to build hydroelectric projects, over the western Pakistani rivers, Jhelum and Chenab, as well.

All these incidents and Pakistan’s relative weakness vis-à-vis India made it even more dependent on Western military and developmental aid. That’s why it joined the Western-led anti-communist SEATO and CENTO alliances in the region during the 1950s. So much so that when the U2 plane incident occurred in 1960, Pakistan’s then President Ayub Khan openly acknowledged that the spy plane flew from a US airbase in Peshawar. 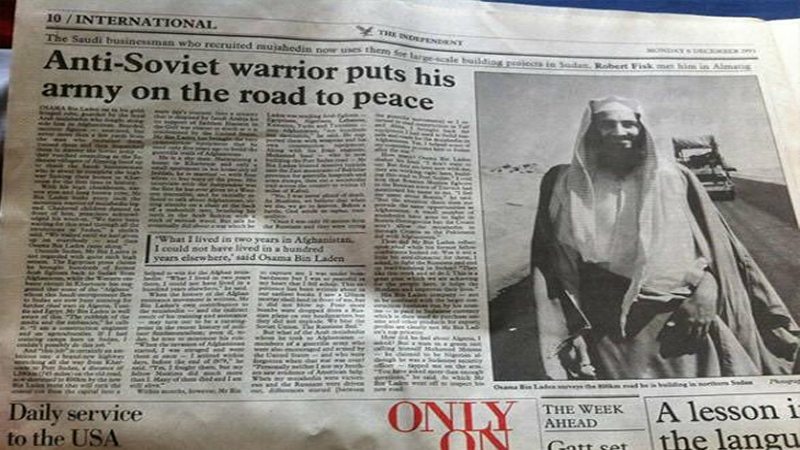 When Pakistan forged such a close alliance with Washington, it became impossible for it to stay neutral when the former Soviet Union invaded Afghanistan in 1979. Regarding the motives of the parties involved, the Americans wanted to take revenge for their defeat at the hands of communists in Vietnam, the Gulf countries had close economic ties with the Western bloc and Pakistan was dependent on Western military aid, hence it didn’t have a choice but to toe Washington’s policy in Afghanistan. In the end, Afghanistan proved to be a ‘bear trap’ and the former Soviet Union was eventually defeated and subsequently it collapsed in December 1991. It did not collapse because of the Afghan war but the latter was an important factor contributing to the dissolution of the Soviet Union.

In the 1998 interview with Counter Punch Magazine, the National Security Adviser to President Jimmy Carter, Zbigniew Brzezinski, confessed that the President signed the directive for secret aid to the Afghan ‘Mujahideen’ in July 1979 while the Soviet Army invaded Afghanistan in December 1979.

When the interviewer asked Zbigniew Brzezinski if he regretted having supported and armed future terrorists, he replied “What is most important to the history of the world? The Taliban or the collapse of the Soviet empire? Some stirred-up Muslims or the liberation of Central Europe and the end of the Cold War?” Despite his crass insensitivity, one must give credit to Zbigniew Brzezinski. At least he had the courage to speak the unembellished truth. Bear in mind, however, that the aforementioned interview was recorded in 1998. After the 9/11 terror attack, no Western policymaker can now dare to be as blunt and forthright as Brzezinski.

Finally, the Soviet-Afghan Jihad was a proxy war for all the belligerents involved, except for Afghanistan and Pakistan. After the signing of the Geneva Accords in 1988 when the Soviet Union began the process of withdrawing its troops from Afghanistan, Pakistan was left alone to fend for itself with some ‘strategic liabilities,’ including millions of destitute Afghan refugees in dire need of food, shelter and employment.

All of the Af-Pak region was now awash with Kalashnikovs, hand grenades, rocket launchers, land mines, battle-hardened militants, heroin and the Takfiri jihadist ideology, which still manifests itself in the form of frequent terror attacks and an unrelenting Taliban insurgency in the region 38 years after the conflict.