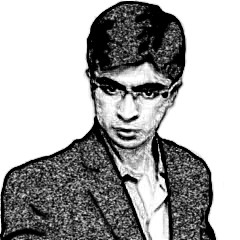 Despite having one of the largest and strongest armies of the world, the US has failed to defeat the non-state actors in Afghanistan

The over 16-year war in Afghanistan has involved Pakistan, the US and Afghanistan and is still continuing. When will it end? Lord Palmerston of Great Britain put it beautifully, “In international relations, there are no permanent friends or permanent enemies, only permanent interests.”

The current tussle between Pakistan and the United States is a similar story. Decades of the devastating but incessant fiasco of the US in Afghanistan tells us about the hard yards put into it by the Americans who are fighting the war on terror. The recent policies of Donald Trump along with his first tweet of the new year made it clear that his direction of attacks will target Pakistan. Blaming Pakistan for supporting or acting against the Haqqani Network and Afghan Taliban, and putting the entire debacle of failure on her is not a new story. Khawaja Asif, gave a rebuttal through an interview to Asia Society in the US by clearing the facts and answering a question relating to the Haqqani Network, “Don’t blame us for the Haqqanis! These were your (America’s) darlings just twenty or thirty years back. They were being dined and wined in the White House”.

Despite having one of the largest and strongest armies of the world, the US has failed to defeat the non-state actors in Afghanistan. This is due reason to question what the US is doing there.

While in Afghanistan, the US has different interests to pursue. A narrative exists that the primary purpose and above all the presence of US forces in Afghanistan is neither to stabilise nor destabilise Afghanistan but to elongate the so-called war on terror to achieve some roughly defined aims.

These purposes include, firstly, keeping an eye on China’s ever increasing economic might which keeps on signifying a pivotal shift in the equilibrium of global power. China remains a threat to the US because the American’s are aware that a dominant economic power can any time, become a leading military power. American’s themselves were the world’s largest economy before they became a military superpower.

Despite the narrative it pushes, the US is not in Afghanistan to stabilise or destabilise the Afghan government, it has different interests to pursue. The real purpose of US troops in Afghanistan is to prolong the so-called war on terror

Secondly, one of the many benefits of a considerable American presence in Afghanistan is its surveillance of Afghanistan’s neighbours. With the so-called trivial aim of keeping the Taliban and Haqqani network out of action, the US tried to influence the events happening in Pakistan and Iran. The crash of an American stealth drone 140 miles inside Iranian territory, launched from Afghanistan back in late 2011 is a clear example of its interference in matters of the other sovereign states.

Gholamali Khoshroo, Iranian Ambassador, in a letter to UN officials about the recent civil risings in Iran, a few days back protested that Washington was intervening ‘in a grotesque way in Iran’s internal affairs’. He said the Trump’s ‘absurd tweets’ have reinvigorated disruptions.

Similarly, the US presence in Afghanistan, helps them to keep an eye on the internal affairs of Pakistan. It’s a well-known fact that the US has always either directly or behind the scenes, effected the events in Pakistan. The influence put in by the American government to release Raymond Davis, a CIA agent, caught by the police for murdering two innocent Pakistani citizens is yet another self-speaking example.

If Washington was really interested in destroying the Taliban, they could have done it ate first sight when Pakistan was one of the closest ally of Pakistan, but they deliberately didn’t as the Taliban’s presence in Afghanistan and Central Asia, in general has always suited Pentagon’s stratagem. How? Taliban continued to expand in Afghanistan and the situation deteriorated to the extent that ISIS also put its foot on the Afghan soil.

With the strategic aim of generally destabilising the Central Asian regions such as Tajikistan, Uzbekistan and other alike countries, USA particularly damaged the Afghanistan to a point of no return. Most important matter over here is, for America, destabilisation of Central Asia possessed a considerable threat to Russia and China’s national security.

With this all, one can clearly judge what the US is doing in Afghanistan. Blaming Pakistan is neither justified nor the solution, it’s a war.

The writer is a freelance writer and a Stipendium Hungaricum Scholar studying International Relations at University of Pécs. He writes on national and global issues of Pakistan. He tweets at @NAliBaloch