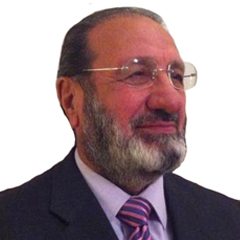 Why can’t FATA be a province

Let the problem be resolved through consensus. And if that is, somehow, not possible than resorting to referendum would be the second best option

FATA is again in the lime light for obvious reasons. Debates in print and electronic media are highlighting various aspects of reforming FATA. Instead of developing consensus these debates have brought trivial matters to the fore. It has not only made recommendations of FATA Reform Committee controversial but caused a stir in the otherwise dormant community now holding rallies in support of their demand for future status of FATA.

This has further been fuelled by comments in media of people not very well conversant with the ground realities in FATA. Not that one denies them the right to comment on FATA but fact of the matter is that only thorough knowledge of FATA and proper understanding of psyche of the people there are the basic ingredients for the correct and unbiased analysis of this complicated problem.

Such analysis created an impression as if FATA’s problems could only be solved through merger with KP. Running of paid advertisements, in prime time, of a popular TV channel gave this notion further boost. People with limited exposure to FATA started believing in what they were seeing in this one sided propaganda on daily basis.

But for those who were well aware of the situation on the ground or belonged to FATA this was not the only option. They thought FATA’s interest could best be served by making it a province as that brings more beneficial to the people than merger with KP.

The fact of the matter is that those who governed FATA for the last 70 years did nothing for its development. The people there have lost their trust and confidence in them that is why they want to take things in their own hands, like others in the four provinces, to develop it fast and steer the area of the difficulties that it faces today. Needless to mention the havoc brought on them by the 16 long years of war on terror in which they have lost everything that they possessed. They deserve not only to be compensated but rewarded adequately for the sacrifices that they rendered for defence of the country.

The fact of the matter is that those who governed FATA for the last 70 years did nothing for its development. The people there have lost their trust and confidence in them; which is why they want to take things into their own hands, like others in the four provinces, to acheive speedy development

Those denying them this opportunity are bent upon raising trivial issue like how can a narrow strip of land be made a province which borders with Afghanistan and has no capital of its own in addition to no link road from end to end (Bajaur to South Waziristan).

Were such questions raised at the time of creation of the other four provinces? Was there any issue about the shape and size of a province? Was the shape and size of a province defined? Were capitals of the four provinces chosen through consensus, and were they not sharing border with other countries. Let us not waste time on that as that is nothing more than diverting attention from the real issue.

Another argument offered by supporters of merger with KP is that majority of the political parties support this option. Let me make it absolutely clear that leaders of all these parties are on record to have said that they will support whatever decision is arrived at by the people of FATA.

The Chairman of Tehreek-i-Insaf Mr. Imran Khan was my guest speakers in a function on ‘Qabail Ghawari Khapalwaki (Tribal people demand Empowerment) arranged in Islamabad hotel on October 10, 2012. He supported our stance.

Similarly Asfandyar Wali Khan is on record to have said that the people of FATA should decide the future of FATA. Sirajul Haq, the present Amir of JI, went a step further by demanding tax exemption for ten years after making FATA a province.

What made them change their stance is beyond comprehension.

In case the change was so important and inevitable they should have shared that information with the people of FATA to have helped them reconcile with the situation and not insisted on making FATA a separate province.

Last but not the least it is being said that if FATA is made a province that would open flood gates for others to follow. This is unfair. How can FATA be equated with others which are already part of province. FATA has always been a separate entity never been a part of any province. It is the first time that its fate will be decided to become a province or be merged with KP. If merger was that lucrative an option then why would Hazara, Southern Punjab and Karachi demand to be made of provinces.

The country is passing through difficult times; it cannot afford to have problems on its border to the west. Let us stop conducting experiments on FATA. Let the people there decide. Let them enjoy the principles of democracy and feel that they are equal citizens of this country.

Let the problem be resolved through consensus. And if that was, somehow, not possible than resorting to referendum would be the other best option. That way it would become absolutely clear as to which option enjoys support of the majority. And referendum can be held in the whole of FATA without any problem.

The writer is a former ambassador. He can be reached at waziruk@hotmail.com