For the love of figs in winter 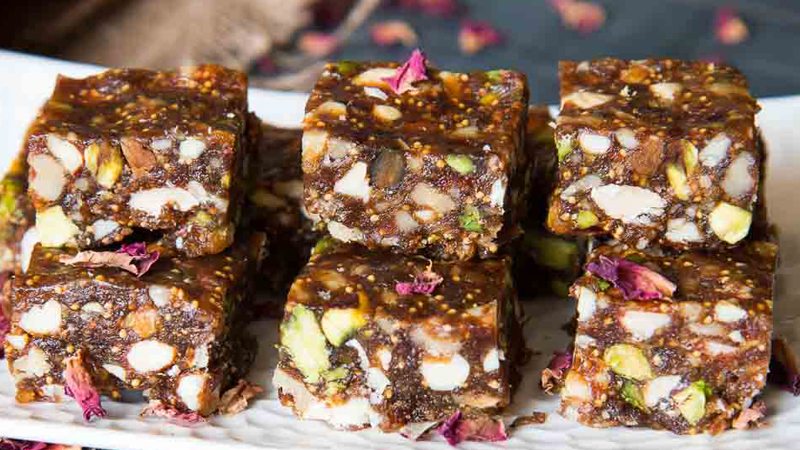 A cup of dates with seeds removed

Half a cup of figs

Soak dates and figs separately for two hours. Blend each with little water. Add ghee in a pan and pour the figs in it. Mix for three minutes and add the dates. Keep mixing until it leaves the sides of pan. When it is thick enough, add the chopped nuts. Grease a thali and pour the mixture. Let it set. 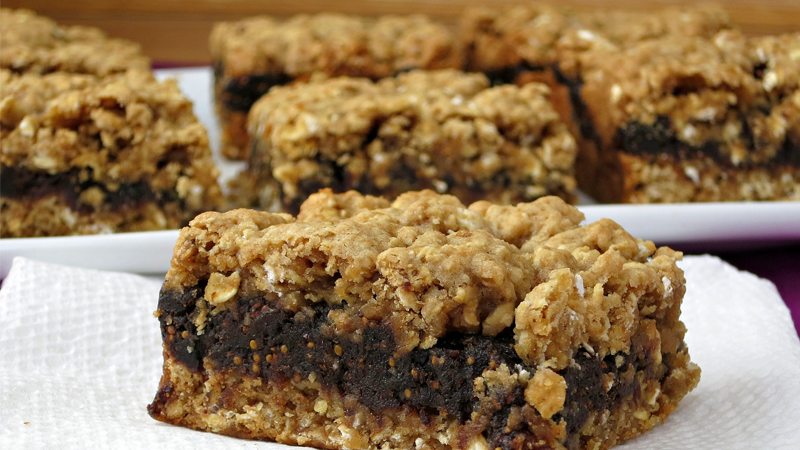 Bake for 40 minutes. Cool in the pan on wire rack. Cut into bars. 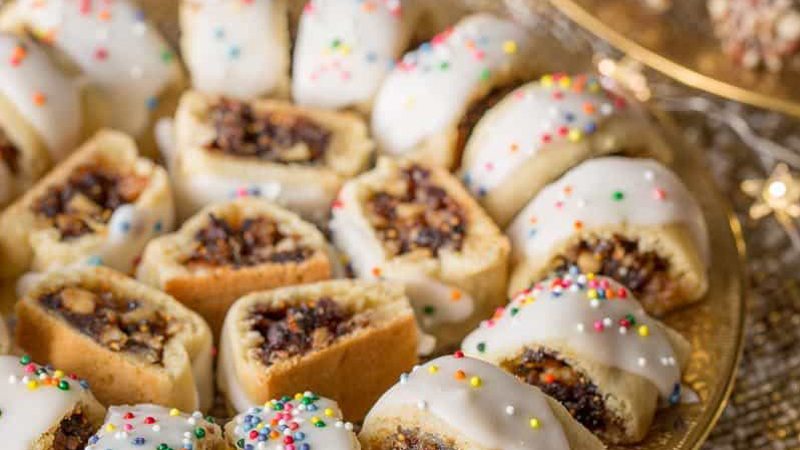 Half a cup unsalted butter

Half a cup grinded sugar

A cup of diced figs

Half a cup chopped dates or raisins

Half a cup any fruit peel

A teaspoon of lemon zest

A cup of icing sugar

Two to three teaspoons of lemon or orange juice

Beat the butter and sugar until pale and fluffy and add vanilla, and egg. Fold in the flour. Divide dough into two. Flatten it into a rectangle shape and wrap each half in cling film, and refrigerate for at least three hours. Prepare the filling. In a pan, add figs, dates, mixed peel, fruit juice, zest, sugar and cinnamon. Bring to a boil, reduce heat and keep to simmer for five to eight minuses until thick. Remove from heat and add almonds. Stir, cover and keep aside to cool. Remove dough from fridge and let it defrost on its own for 10 to 15 minutes. Grease and line the baking tray. Put the oven to 375. Using two parchment paper and flour, roll out each dough into 10×8 then divide into two that is 10×4. Divide the filling into four. Using cling film, make roll of each filling approximately nine to 10 inches. Place it onto the rolled dough of 10×4 and using the parchment paper, roll it again. Do the same with the other three rolls. Place them on the tray, placing the seam side down. Bake for 12 minutes, until pale creamish. Using a sharp knife cut each roll diagonally into one-inch pieces. Keep on cooling rack. Prepare the glaze whipping the sugar and lemon juice until smooth. Drizzle on the cookies and sprinkle the coloured sprinkles.