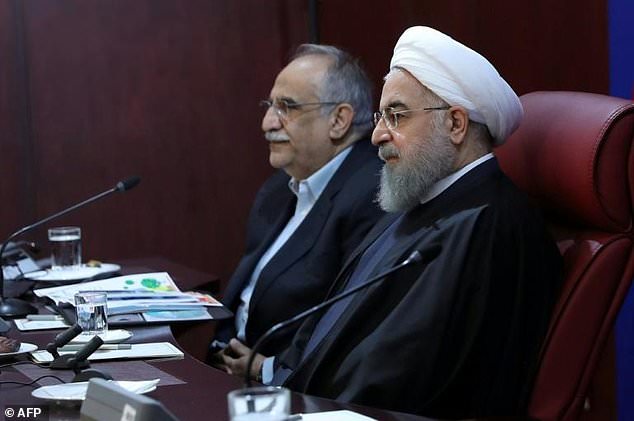 President Hassan Rouhani went all-in on Monday with a push for greater civil liberties in the wake of the deadly unrest that rocked Iran in recent days.

“The problem we have today is the gap between officials and the young generation,” he told officials, according to the presidency website.

It was a radical call to arms for change, one that has grown more pressing for the reformist faction as it became, for once, the target of the protests that swept the country for several days over the new year.

Although many of the slogans turned against the Islamic system as a whole, chants of “Death to Rouhani” showed that many had lost faith in his promise of gradual reform.

Since May, his failure to appoint any women to his cabinet or make any progress on freeing political prisoners has left many disillusioned with the moderate president and his reformist allies.

Rouhani was quick to say the unrest called for urgent efforts to improve the government’s transparency and liberalise its conservative-skewed media.

He said internet restrictions, including the block placed on Iran’s most popular social media app Telegram midway through the unrest, should “not be indefinite”.

“Saying that the complaints of the population are limited to economic questions is an insult and will send us down the wrong path,” he said Monday.

The reformist faction has backed this line, with many calling for greater freedom to protest peacefully.

Monday’s reformist papers all focused on the Tehran city council decision to set aside a dedicated place for protests on the model of Hyde Park in London or Jantar Mantar in New Delhi.

But many dismissed the idea as a gimmick.

“What about other cities?” wrote conservative analyst Nasser Imani in the government’s Iran newspaper.

“The main problem is we lack a culture of criticism,” he said, calling for the security forces to “gradually have less fear of people’s rallies”.

Hardliners, who have repeatedly attacked Rouhani’s austerity policies, say all the talk of civil liberties is a distraction from the “simple problems” of the poor.

“Are the demands not clear? Why must a worker who has not been paid for 10 months go to a certain place to shout for his rights?” demanded the hardline Kayhan newspaper on Monday.

There was an unprecedented intervention from the head of the basij — the volunteer arm of the Revolutionary Guards — who called for “convincingly tangible” efforts to fix the budget in favour of the “young, disadvantaged and vulnerable”.

To Rouhani’s chagrin, the budget he announced in December has become the first victim of the protests, with parliamentarians already ruling out the unpopular hike in fuel and utility prices.

Parliament speaker Ali Larijani described the increases as “absolutely not in the interests of the country”.

He called instead for emergency measures to support the poor and tackle unemployment, which currently stand at 12 percent, and closer to 30 percent for young people.

Rouhani has bristled under the criticism, saying Monday: “The task of parliament is to complete the budget, not to change the nature of its objectives.”

Iran’s limited finances simply could not deal with everything at once, he said: limiting inflation, capping taxes, reducing unemployment and looking after the poor.

“I don’t know a single economist with the wider public interest in mind who denies the need to increase fuel prices,” said reformist Abdollah Ramezanzadeh in a tweet.

Rouhani vowed to mend Iran’s battered economy during his campaign, and said the 2015 nuclear deal he secured from world powers had already relieved the country of crippling sanctions and allowed growth to return.

But with much of the resulting growth coming from oil sales — which produces few jobs — and renewed uncertainty about Iran’s international position since the arrival of US President Donald Trump, his wider policies look imperilled.