The power of fatwa

Though a fatwa is not binding like a law, it has the inherent power to influence large population that thinks it’s sinful to go against it.

A bearded religious billionaire friend of mine told me in all earnestness that he had taken a fatwa to evade income tax; if he paid zakat there was no need to pay income tax. I was taken aback at this arrangement, which clearly messed with crucial fiscal system of the state.

Many of us might have heard about the flawed fatwa that legitimised bribe for rightful purpose. I resent its rationale and intention, which is in stark contravention of our law, religious morals and values. Every now and then, we come across fatwas declaring Muslims as non Muslims and Wajibul Qatl (death-worthy), especially those belonging to the opposing sects. In some cases, fatwa of annulment of nikah is considered enough. How can one strike at the most solemn vows of a fellow Muslim in an arbitrary and capricious manner? It sows seeds of hatred, sectarianism and extremism.

A very recent mind bogglingly skewed fatwa was issued by a religio-political against the rival political party declaring it haram (forbidden) to vote in favour of that party as it was involved in alleged blasphemous acts. It amounts to damned misuse of a religious facility to rig the political system of the country.

According to recent news, a fatwa was issued by a group of extremist mullahs in Mansehra to prohibit the barbers to trim or make any designs of beard which, according to them, amounted to mockery of beard. Barbers were threatened of dire consequences if the fatwa was violated. 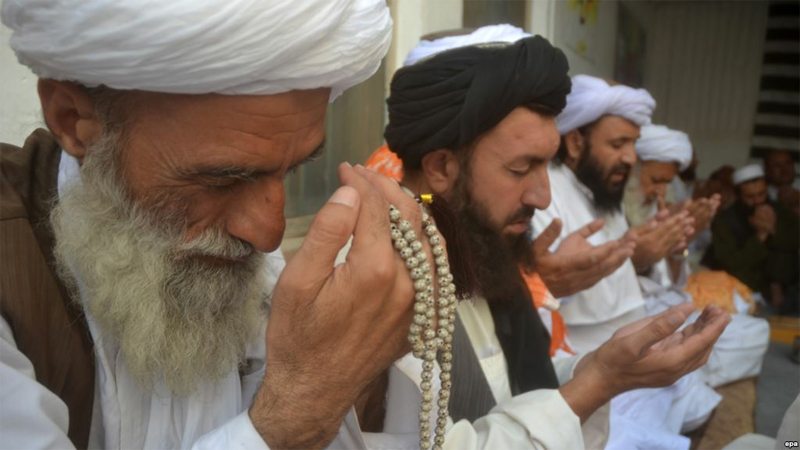 A fatwa is an authoritative legal opinion or learned interpretation that a qualified mufti, can give on issues pertaining to the Islamic law. It used to be sincere religious edict for guidance, clarification and correction. It aimed at facilitating people to remove their doubts and to show them the correct path in the light of Quran and Sunnah. Though it is not binding like a law, it has the inherent power to influence large population that thinks it’s sinful to go against it.

Unfortunately, fatwa has now become an unguided missile in the hands of ill-intentioned mullahs who fire it with lopsided motives. It causes immense damage in some cases. When a fatwa is aimed at achieving political motives, it can become a weapon of mass destruction, a vehicle of extremism, religious disharmony and social dissensions.

In a way fatwa issuance is a professional work. A Mufti, the one who issues fatwas, is a trained professional. He undergoes two years of learning process before he is able to issue a religious decree. But unlike other professions, there is no regulatory authority to check his conduct. Doctors are entitled to do medical practice after getting MBBS degree but the Medical and Dental Council regulates their conduct. The conduct of civil servants is regulated by Esta Code and Service Rules. Similar arrangements are in place for engineers and other professionals. But muftis can issue fatwas without any approval or check by any authority.

In every big madrasah, there is a Darul Iftah managed by a mufti who issues fatwas as per his knowledge and understanding. The range of fatwas he issues can vary from quite innocuous to very dangerous ones which amount to defying the laws of the land. A few examples have been cited above. There are no pre-conditions and regulatory bodies to check the sincerity of a mufti’s intention and veracity of the argument before approving it. Once the fatwa is dished out, the followers of his sect obey it religiously.

A Mufti, the one who issues fatwas, is a trained professional. He undergoes a two year long learning process before he is able to issue a religious decree. But unlike other professions, there is no regulatory authority to check his conduct

We must understand that like other tools of extremism i.e. misuse of loud speakers, hate-speech, toxic slogans, sectarian literature etc, which the National Action Plan (NAP) is trying hard to control, unbridled fatwa can be a very damaging and divisive instrument. It is time to form a regulatory authority to monitor the conduct of the mufti and scrutinise the contents of his fatwa before affixing the seal of approval.

In Malaysia, Fatwa Committees and National Fatwa Committee have been formed to ensure standardisation of fatwas at state and federal levels. There is a proposal to appoint a Grand Mufti on rotational basis.

In Pakistan, the task of regulating the conduct of mufti and approval of fatwa can be assigned to the District Ulema Boards and to the Islamic Ideology Council. Only law of the land should rein supreme which is based on Islamic laws and rules. Article 227 of the Constitution of Pakistan holds that all existing laws “shall be brought in conformity with the injunctions of Islam as laid down in the Holy Quran and Sunnah […] and no law shall be enacted which is repugnant to such injunctions.”

It further establishes the Islamic Council, comprised of renowned Islamic clerics or scholars to advise on such legal matters. In presence of this article and arrangement, there is hardly any need for independent fatwas by freelance muftis. Issuance of Takfeeri fatwas (decrees in which followers of a particular sect of Islam are declared infidel) should be completely banned. All the fatwas having the potential to defy the laws of the land and to create violence or anarchy in the country should be punishable by imprisonment and fine. Nobody should be allowed to misuse religion to create dissensions, cause violence and spread hatred.