The naive approach to gun licenses

On December 27 2017, the federal government (through a public notice) suspended all licenses for prohibited bore weapons. The public notice explains that every prohibited bore license in Pakistan held by any individual or company, other than the state’s own law enforcement agencies like the police and the military, would become invalid after 31 January 2018.

The public notice however does not address the bigger criminality of unlicensed weapons that ought to be taken out as the first priority. 2) The so-called prohibited bore weapon ‘licenses’ may provide a psychological satisfaction to the naive. Knowing fully well that gun licenses in Pakistan are issued entirely on the basis of an individual’s status, power, party, influence or wealth, one can hold little respect for these pieces of paper.

In the making of the new policy, one expected to see a ban on the possession of ‘all’ prohibited bore weapons. Instead it has created a complex process for a small section of licenses while ignoring the major segment of the unlicensed prohibited weapons.

It would have been far more appropriate and rational for the government to declare all prohibited bore weapons (licensed or otherwise) as illegal and demand that they be surrendered through a simple, efficient and well defined buy-back programme

The government’s new stance on prohibited bore weapon licenses appears vague and not having been thought through. The owners of automatic weapons are now required to convert their weapons to semi/non automatic weapons. This ought to be done from ‘authorised’ armourers/manufacturers/dealers. It would have greatly helped if the government was to also specify its list of such authorised resources. The second step of getting a weapon verified by District Police/Deputy commissioner/DCO/District Magistrate/Political agent amounts to creating a needless loop of troublesome bureaucratic hassles. In absence of any instructions and training, most of these organisations will find it impossible to verify and issue certificates that confirm the revised status of a weapon.

What would it take in terms of visits, time and loss of dignity for an individual to surrender a weapon and receive the buy-back money from various district officers? No funds have been allocated or procedures outlined to define how these processes would take place. Thus, what was perceived as an incentive programme is likely to become an undesirable obstacle.

When a citizen with an automatic weapon license (regardless of how it was obtained) succeeds in downgrading his weapon and having it verified, he becomes entitled to ask for a NADRA issued non-prohibited bore license. Like the whitening of black money, this would become a great opportunity for making kosher the existing dubious licenses. There could be no bigger hoax than asking people to surrender their shady paper licenses in return for NADRA’s computerised cards.

The government’s plan to downgrade automatic licensed weapons completely ignores all those bigger criminals who possess illegal weapons of this category. The latest gun license policy implies that the state is not interested in those who possess automatic weapons without licenses, but is extremely concerned about those who do hold some form of a license. 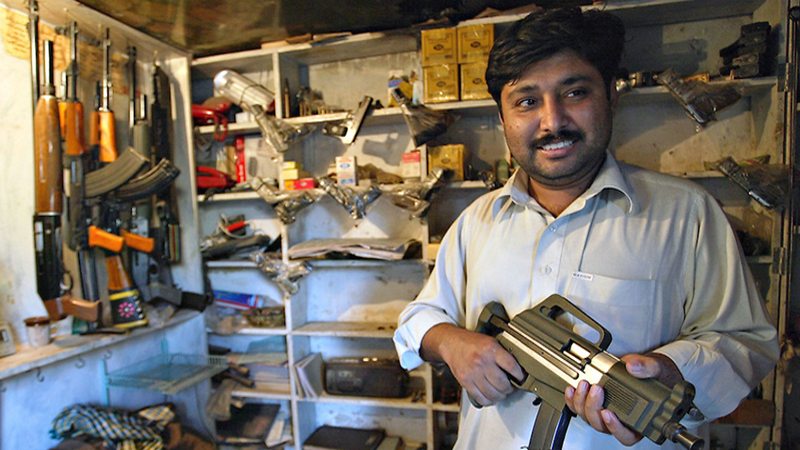 Is the government’s new policy on prohibited bore weapons only an eyewash or at best an exercise in public relations? The hard core militants are anyway not into licenses. The sophisticated urban and rural thugs who possess prohibited bore licenses will continue to be as powerful and dangerous even with their semi-automatic weapons. A government recommending to its citizens, half a glass of poison instead of full, may be displaying its own naivety besides an utter lack of concern for the health of its citizens.

It would have been far more appropriate and rational for the government to declare all prohibited bore weapons (licensed or otherwise) as illegal and demand that they be surrendered through a simple, efficient and well defined buy-back programme. It is never too late to do what is right, what is much needed and what should have been many decades ago.

The writer is a consultant in the field of occupational health and safety. While his areas of interest include reforms, environment and de-weaponisation, he is also a freelance op-ed columnist. He tweets @saynotoweapons