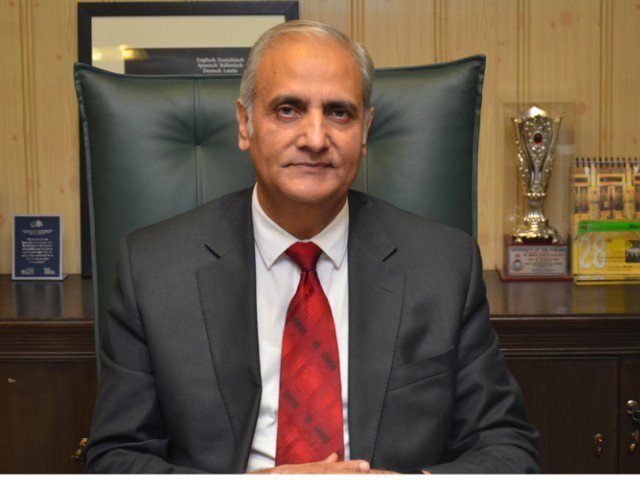 The VC submitted his resignation to Punjab Governor Rafique Rajwana over being pressurised by the government, sources claimed.

Dr Zafar decided to resign three days after he had a meeting with the adviser to Chief Minister, Khwaja Ahmed Hassan, in which he was asked to let the government acquire two kanals of the Old Campus sports ground near Chauburji to a religious party for the construction of a Madrasa.

Dr Zafar, in a meeting with the faculty members, had assured that the university would not give the land to the government.

The university administration along with several groups of teachers and students showed concern over the government’s intention to grab university’s land.

Previously, Punjab government had acquired over 305 kanals of the university land for the expansion of Maulana Shaukat Ali Road, without giving any single penny to the university.

PU Academic Staff Association has also voiced against the government’s intention to snatch another two kanals, saying under the PU Act, the land can only be used for academic purposes.

Islamia Jamiat Talba (IJT), the student wing of Jamat-e-Islami, also condemned the move saying, “we will not let any mafia grab university land.”

Supporting the VC’s stance on this issue the spokesperson said all the university students would stand with Dr Zafar.

The VC has been facing multiple allegations of corruption and nepotism for past few months. A petition, seeking his disqualification, has also been registered in Lahore High Court (LHC).

However, he has denied all the allegations against him.

Punjab University Public Relations Office (PRO) confirmed the Daily Times that Zafar has sent his resignation to the governor.