The security dynamic of South Asia were changed completely on May 28, 1998

There is one Pakistani accomplishment which the entire nation is proud of. The confidence emanating from said feat is palpably visible and can certainly be felt in the demeanour of the populace irrespective of ethnicity or religious. The diversity that exists is often exploited by political parties to gather popular support around them; and for that matter creating divisions on such basis is necessary to establish their own identity.

May 28, 1998, was no ordinary day for Pakistan. On this day Pakistan carried out six nuclear tests at Chagai, Balochistan in response to five nuclear explosions by India. This day changed the security dynamic of the region completely. This day also brought with it several economic sanctions for a country whose survival without foreign aid seems like a distant dream even to this day. Despite this, ignoring the impact the sanctions might have, we ensured the definite survival of Pakistan. Indeed, this was no ordinary feat. The day became Yaum-e-Takbeer with indefatigable relentlessness.

PML-N head and former Prime Minister Nawaz Sharif, in whose tenure the bombs were detonated, never fails to mention that he made the country a nuclear power. Meanwhile, the PPP never fails to regurgitate that Zulfikar Ali Bhutto, the person who formed the PPP, launched the program to make Pakistan a nuclear power, and thus, they say, the vision was his. An oft-repeated statement made by Zulfikar Ali Bhutto is “we will eat grass, even go hungry, but we will get one of our own Atom bombs”.

This is no enigma, both the parties are stating the truth. What needs to be stressed is that the vision on which this work began in 1972 saw its culmination in 1998. Meanwhile, the country weathered non-stop experimentation in the domain of political governance. Right after Bhutto was removed from office, Zia’s martial law and Islamisation gripped the country. Meanwhile, the USSR and the US played their games in our backyard. Notwithstanding the leading role that Pakistan and its intelligence personnel took in the preparation of Mujahideen struggle to oust the Soviet menace from Afghanistan, the struggle for nuclear power continued in the background.

Even the bewildering and unfortunate plane crash that removed the head of the state, Zia, from power had no influence in curbing Pakistan’s nuclear trajectory

Even the bewildering and unfortunate plane crash that removed the head of the state, Zia, from power had no influence in curbing Pakistan’s nuclear trajectory. Forthcoming democratic regimes and their untimely ouster consecutively left the economy of the country in doldrums. Despite the hiccups observed across the board, in almost every domain of governance, fortunately the continuance observed in the country’s nuclear program was the most significant factor, if not the sole factor, in getting the country to observe Yaum-e-Takbeer. The pace of the program certainly may have varied at different intervals, particularly influenced by the consequences of the global political scenario, as nothing can be said with certainty due to the secrecy of the program, but that was necessary to weather the global climate, and now the entire nation squares its shoulders when it is proclaimed as the recipient of Islamic bomb, of all the existing Islamic countries.

It can be argued that this was an achievement of the ‘establishment’ of this country. Hence, the Bhutto-Sharif rivalry of the 1990’s could not have hampered it to a large extent. In fact, the long term vision behind the vision was necessary to make the defense of the country impregnable in the security domain. The same can be said about the economic investments that rolled under Xi Jinping’s pet project the ‘One Belt One Road’ initiative. There has been insistent brouhaha about China Pakistan Economic Corridor (CPEC) being a game changer for Pakistan. It has been touted as having the potential to change the destiny of the country. 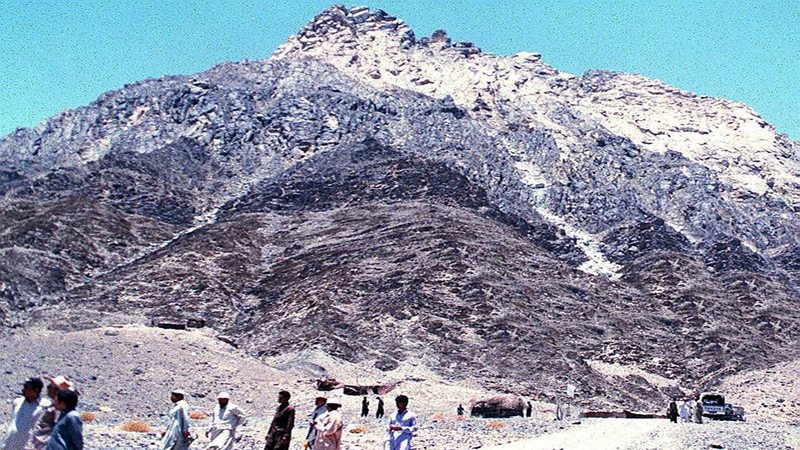 It goes without saying that China wants Pakistan to get financial and economic security after helping it achieve nuclear security. Now, it is up to our political leaders to embrace this opportunity and go beyond their petty idea of politics, which is to secure the next term for five years or so. The politicians need to understand the gravity of the situation. Now is the time to deliver. The change of government in 2018-at federal or provincial level-should not sedate the pace of the ongoing projects.

Let’s suppose: Orange Line Train Project could not come to fruition in Punjab and elections are announced. Pakistani Tehreek-e-Insaf gets to form the government (the arch rivals of the ruling party). In no way can a new government be allowed to shelf the working of the previous government. It is necessary for them to complete the ongoing projects. The political parties will have to get away with coming of the age practices when the upcoming government used to take pride in pigeonholing the ongoing project just to prove that they are different (any allusion to incumbent President of US is purely unintentional). The trivial practices that our politicians have practiced throughout 1990’s, and henceforth tried to get away with them labelling the interim period as attaining maturity, should not recur.

It also needs to be ingested that creating controversies out of thin air at the behest of self-serving interests of insular politicians will do more harm than good to our national interests. The media manoeuvres of two provincial governments vying to get early completion of eastern or western routes of CPEC are evidence of the amateurish behaviours of our politicians. Politicians do seriously need to get away with petty point scoring. Politicians already know it, especially when they stress their opponents to avoid frolicking politics on a certain issue.

Also, deliberately withholding information creates confusions and rumors all the time. Long term CPEC plan was delayed multiple times before it was finally unveiled. The intent of the ruling party may be questioned despite their honesty. Keeping the public in the dark has been the newfangled skill that the ruling elites have lately discovered.  Transparency and openness can prevent controversies from budding in the first place.

Fortunately, the country has got a chance to steer its destiny and the episode of attaining an atomic bomb have golden instructions to offer. The continuity once seen earlier when the country was asked to eat grass and go hungry and not compromise on the mission ahead has to be recreated. This time, the mission should be to make the economic defence of the country impregnable. This time, politicians have to act differently; ensure continuity of policies and projects-especially falling under the domain of long term CPEC plan purportedly extending till 2030; prefer nationalistic vision over their parochial self-interests. China has flourished after 1978 when Deng Xiaoping gave the country a direction. The policies have sustained since then. China has indeed come a long way since then; its economy is being touted to overtake the US anytime soon. Our politicians and ruling elites certainly need to change gears. They should also know that no dictator can ever dare disrupt the economy or for that matter their regime if the governance is at par. Perform like what Erdogan has done for Turkey, we will elect you and no dictator can ever cast an evil eye on you.