How Asia reached a monetary turning point in 2017 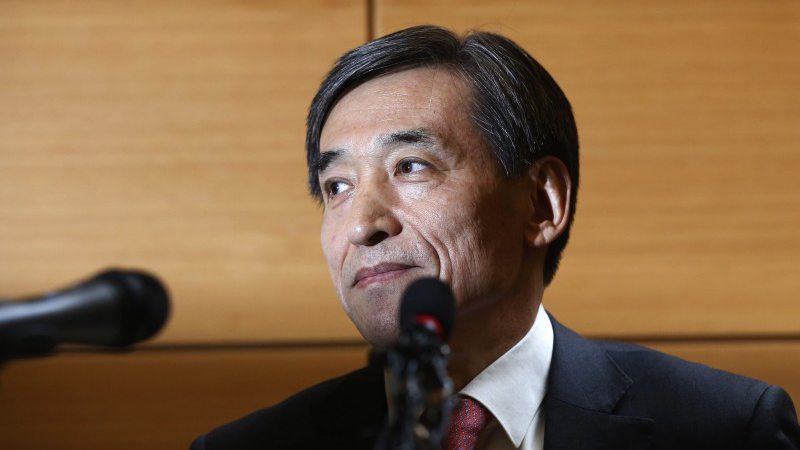 While the Federal Reserve got all the headlines, Bank of Korea Governor Lee Ju-yeol arguably pulled off 2017’s most important monetary maneuver.

Asia’s economies have long been living on borrowed economic time, as central banks have held interest rates low to gin up growth. Look no further than the Bank of Japan, which has been at or near zero for 16 years now – with nary an exit strategy in sight.

South Korea’s Lee bucked the trend on Nov 30, becoming the first major Asian central banker to hit the brakes since 2014.

Lee wasn’t the only Asian monetary bigwig who rediscovered his mojo. China pulled back on the liquidity strings in December, while India’s Urjit Patel reclaimed a modicum of independence by ignoring calls from politicians to ease. In the Philippines, Governor Nestor Espenilla is among those dropping hints of tighter conditions to come.

But what made Lee’s 25 basis-point tightening to 1.50% particularly notable is that it spoke to two of Asia’s biggest challenges. One relates to whether too much monetary largesse has warped economic incentives by taking the onus off governments to create new jobs. The other is about whether froth in stock, bond and property markets is running ahead of economic fundamentals.

Korea’s youth unemployment rate, for example, is nearly 9%, and household debt reached a record 90% of gross domestic product. Rather than restructure the economy and rein in the giant family-run conglomerates that dominate the economy, Seoul has relied, Japan style, on central-bank liquidity. While small statistically, the BoK’s move was a message to elected officials to get busy retooling Asia’s No. 4 economy.

President Moon Jae-in has pledged 3% annual Korean growth. To achieve it, his government needs to level the playing field to catalyze a startup boom. Korea’s model is too much about job protection from the top-down and not enough about job creation from the ground up.

Altering the balance of power will require considerable heavy lifting – regulatory changes, tax incentives, a clampdown on housing speculation and greater enforcement of monopoly laws. Lee’s tightening was a timely message to Moon’s team: your move. Reserve Bank of India Governor Patel is dropping similar hints. Asia’s third-biggest economy is riding high on 6.3% growth for the quarter ending in September. Even so, Prime Minister Narendra Modi’s advisory team had been putting the moves on the central bank to cut interest rates to quicken the pace. The RBI ignored pressure from the top, and wisely so.

While India is doing well from a top-line growth standpoint, its performance is stuck in a tight range. GDP never quite weakens enough to warrant emergency fiscal measures from New Delhi, or assertive rate cuts. But then neither does it tend to break higher to satisfy Modi’s inner circle or validate the hype about his roughly 1,300-day old revival scheme.

In this context, it’s good that Governor Patel didn’t take the bait at the RBI’s December 6 policy meeting. Leaving the benchmark rate at 6% was a signal to Modi’s team that the central bank won’t be their ATM. The message is that raising the ceiling on Indian GDP is now the responsibility of elected officials and fiscal policymakers, not a central bank lacking the tools to restructure a dysfunctional economy.

Patel’s decision alters the political calculus for 2018. If he’d acquiesced and added more monetary fuel, Modi’s government would have less impetus to do its job come January.

True, Modi has pulled off some important reforms relative to China’s Xi Jinping and Japan’s Shinzo Abe. Getting a national goods-and- services tax through the parliament was a big deal. So, were moves to open the aviation, defense and insurance sectors. Modi, though, has punted on the really pivotal reforms: land, labor and tax laws. Any of these targets would disrupt vested interests in ways India hasn’t seen in decades.