What is cooking in Saudi Arabia? 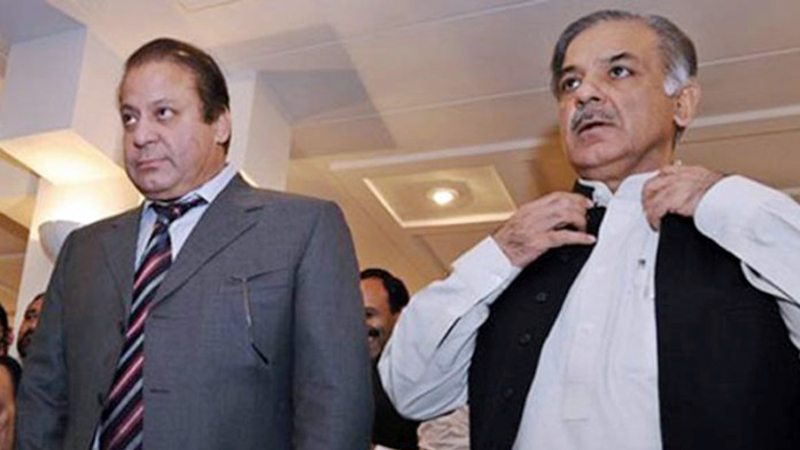 Five months after his disqualification, Nawaz Sharif has packed his bags again for Saudi Arabia while his younger brother Shehbaz Sharif, who left for the holy lands on Wednesday, is already there. Pakistan is abuzz again with the news of another Saudi Arabia backed NRO, while the last NRO was implemented 17-years ago in the same month.

According to sources, Sharifs were trying to get Saudis involved well before the Supreme Court verdict came out on July 28 this year and the efforts were expedited after the verdict. “Only Saudis and Chinese have the leverage to involve the security establishment, so it was natural to involve the Saudis who have been not so happy with the PML-N government since the Yemen and later Qatar crisis. The king was giving a cold shoulder so finally the new crown prince Mohammad Bin Salman was approached,” says Islamabad’s diplomatic grapevine.

The events were dramatic. On Wednesday, a special plane sent by Saudi government came to fly Shehbaz Sharif to the kingdom. Sources say Shehbaz was able to get the audience of powerful crown prince Mohammad Bin Salman soon after his arrival. Next morning on Thursday, National Security Advisor Gen (retd) Nasir Janjua, known as Rawalpindi’s man in Islamabad, made an unusual five-hour plus meeting with the ousted Prime Minister Nawaz Sharif. When the House of Sharifs was approached about the meeting, they tried to hush it up but did not issue any denial while all TV channels aired the report on Thursday in their prime-time bulletins, and Friday papers published it on the front page.

With PML-N barely five months away from hitting the twilight zone, what is the Saudi visit all about? It is the question all the pundits in the capital are occupied with for now. Why an NRO now?

The fact that the House of Sharifs is embroiled in a big legal mess after July 28 is known to everybody. The accountability court is supposed to deliver verdicts against Nawaz Sharif, his daughter, son-in-law and a close relative, Ishaq Dar, just before the elections. Sharifs have been saying it loud and clear that they have been victimised by the nexus of the judiciary and the security establishment.

So why would they get any favour from Saudis who have a good relationship with the Pakistani security establishment?

Pakistan is under heavy pressure from the US mainly on Afghanistan and India. The pressure continues to mount. Despite all efforts, no major dent in the ruling PML-N’s popularity has occurred as anticipated. PPP, to a greater extent, remains discredited as young Bilawal has yet to take over, let alone leading it to a major victory. Imran Khan remains number two in the province that matters. Because of his mercurial manners he can only be trusted to harm somebody but can’t be trusted to rule the country. That is the environment the Sharifs consider conducive enough to make a deal with the establishment, as they believe that the devil you know is better than an angel you don’t, say PML-N insiders.

The main question remains what would happen to the angry theatrics of Nawaz Sharif and the mercurial Maryam Nawaz Sharif who have been hitting hard since much before the July 28 verdict, and have never gone cold since then?

They will have to calm down till elections are held to make this deal work. That doesn’t mean that they would not talk about the ‘injustice’ meted out to them. That would continue but it would be calibrated and mellowed out to bearable levels, believe the insiders.

How would they get out of the cases against them and the verdicts already announced? It is Pakistan. Remember what Gen Musharraf admitted on national TV about who got him released by putting pressure on whom? Did you hear even a peep about it? Having said that, any last-minute situation can undo the whole thing as there are too many national, regional, and international variables in this high stake gamble, warn many analysts.