Track and field faces up to uncertain life without Bolt 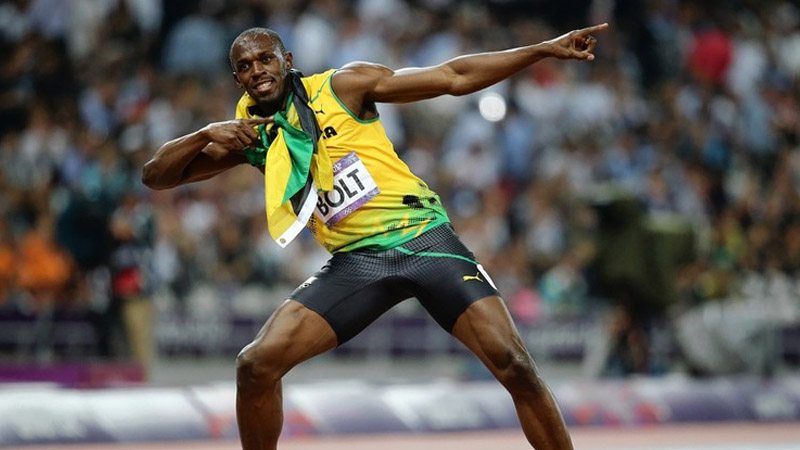 LONDON: As the man who carried athletics on his back through dark days sprinted off into the sunset in 2017, the sport itself was left to ponder an uncertain future without its shining beacon, Usain St Leo Bolt. Alas, there was to be no storybook farewell for the great Jamaican as he bowed out at the world championships in London, unable to maintain his decade-long domination as the world’s fastest man, earning only a bronze in the 100 metres. More anti-climactic still, his last race, the anchor leg in the sprint relay final, ended with him crumpling to the track with a hamstring injury, before defying his medical helpers to rise gingerly and hobble over the line. The crowd offered their hero a sympathetic roar and he applauded back to them – a poignant scene that summed up the unique relationship between the greatest showman the sport had seen and his disciples. For Bolt, at 30, it had been a championships too far yet he bowed out with reputation enhanced, showing as much dignity in defeat as he had always demonstrated pleasure after his 19 global race triumphs.

He congratulated Justin Gatlin, his successor as 100m king, with a warmth that proved beyond a baying crowd in the London Stadium, who simply rained boos down on the two-time doping offender as if crowning him as the sport’s golden bogeyman. Therein lay the sport’s new dilemma. With Bolt gone, the new standard bearer for world sprinting now appeared to be a 35-year-old that athletics could neither believe in nor forgive. So where were the sport’s new heroes going to come from? And who was going to fill the yawning charisma chasm left by Bolt as he now lounged around idly dreaming of one day playing for Manchester United? Those world championships offered only partial answers despite the booming declaration of organising co-chair Ed Warner that “London 2017 has given athletics its belief back.”

True, it was a vibrant, hugely well-attended event, full of surprises, but it was hardly the complete panacea for a sport still so troubled that the world’s biggest country, Russia, was again left on the outside looking in at the London party. IAAF President Sebastian Coe said he believed this athletics super-power, suspended amid allegations of state-sponsored doping, was significantly changing its attitude to tackling the problem but there was still no timescale for Russia’s return. Still, though, Coe, who could not be faulted for inventiveness in trying to make his sport more relevant and appealing to a new generation, offered an upbeat assessment that athletics was enjoying a fresh lease of life. “I genuinely can’t remember a time when the sport was so competitive and the stories around them so rich,” he enthused.

Young guns: Certainly, London offered a glimpse of a promising future with genuine star quality obvious again, most strikingly in the performance of the peerless flying Qatari high jumper Mutaz Essa Barshim, who was unbeatable all summer. Then, there was Norway’s young converted decathlete Karsten Warholm winning from gun to tape in the one-lap hurdles and the brilliant Belgian all-rounder, heptathlete Nafi Thiam, who broke the 7,000 point barrier in Gotzis, Austria before dominating in London. Cynicism, though, remained devilish opponents for athletics to combat. Even in London, some of those ‘rich stories’ that Coe enthused about were sprinkled with scepticism. For instance, after Britain’s distance king Mo Farah had ended a track career on a par with Bolt’s with a 10,000 metres gold and 5,000m silver, the home hero ended up having to wearily defend himself.

Asked again about being coached by Alberto Salazar, who is being investigated by the US Anti-Doping Agency over his training methods, Farah protested: “Why bring it up year after year, making it into headlines? I’ve achieved what I have achieved. You’re trying to destroy it.” Farah, who will now concentrate on road running, has since ended his coaching arrangement with the American. As for the man projected to take Bolt’s mantle, Wayde van Niekerk failed in his 400m/200m golden double bid, winning the one-lap race but ending up, bizarrely, in tears after winning ‘only’ a silver in the shorter event. He complained of a lack of respect from Isaac Makwala, his Botswanan rival who, having been kept out of the 400m after being diagnosed with norovirus, muttered darkly about a conspiracy to ensure Van Niekerk was the face of London. Sadly, the sport’s great South African hope then ended his year by suffering a ACL tear in a celebrity touch rugby match which will keep him out for nine months. With a crazy setback like that for its supposed new poster boy, allied to the old diet of off-track controversies and doping tales that keep gnawing away at its revival, no wonder athletics must already be missing its old lightning ringmaster.