An open letter to the ‘prime minister of hearts’

As one of your true disciples, I would consider economic reforms that help the poor deleterious to democracy

Dear prime minister of hearts (Nawaz Sharif), mysterious malady forbids Ishaq Dar to return and Finance Ministry badly misses a finance minister to borrow loans and burden the people with taxes. This is quite in line with the PML-N government’s tradition to keep one key ministry free from its minister. Previously, it was Foreign Ministry and now Finance Ministry is the ministry that does not have a minister. As long as you are not allowed to move into prime minister house once more, absence of a finance minister matters as much as his presence does. But every other day pseudo economists and so called journalists wail across TV screens and in newspapers about the absence of the finance minister. No one tries to understand that for health reasons, it is imperative that Ishaq Dar be kept away from the homeland. If past is any guide, you gave the portfolio to one of the most incompetent persons.

Sir, please rest assured that I have zero interest in improving economic indicators and eradicating poverty. I confess it is really hard to ignore the misery and suffering of those living in abject poverty for any finance minister. Thus, I salute Mr Dar for his constant focus on higher objectives. As your true disciple, I would consider it extremely deleterious for democracy to reform economic structure favouring the poor. Besides, my wish list is quite long for few months. I wish to own properties in Dubai and establish my business abroad. I don’t feel ashamed to admit that neither have I any talents nor the resources to make it happen. I fully endorse your belief that Pakistan is not a suitable country for setting up personal business. This piece of land is a perfect place to rule and live as kings live, and as you live. Since childhood, I hold dear a great yearning to taste the luxurious life style: fly in the first class as a VIP, stay in luxurious suites of seven star hotels, wear suites designed in Europe and eat in expensive restaurants etc. You know very well how disgusting it is to loosen the strings of personal purse for such trivialities. Therefore, I direly need to be a minister to make all such dreams come true.

We should feel proud that our nation is helping out Western friends and the US by importing their goods, and thus helping their poor earn some bread

Pakistan is an Islamic country and Islam is all about love and compassion. Since financial crises of 2008, Western economies are still struggling hard to stabilise and grow. They need a helping hand. We should feel proud that our nation is helping out Western friends and the US by importing their goods, and thus helping their poor earn some bread. Instead of appreciating such altruistic policies, some pessimist economists continue mourning over growing imbalance between imports and exports. They do not comprehend either the way your government helps others by discouraging exports. Instead importing our products, our possible buyers can keep their savings to use in rainy days. With exports declining, fewer industries will operate and emit lesser pollution in the environment. Our people will thus have clean water to drink and pure air to breathe in, at last. As the finance minister, with the help of PEMRA, I will get private TV channels and newspapers banned for disseminating disappointment. Only Pakistan Television will have the responsibility to inform and educate masses about your vision of development.

I truly believe that you are an avatar of peace, but erroneously sent few centuries earlier. That is why no one really understands your love for peace behind borrowing record loans at hefty interest rates. Some skeptic economists even accuse you of some sort of conspiracy to deprive Pakistan of its nukes. In your second stint as prime minister, you had no option but to cede to demands for nuclear tests. Since then, the number and variety of this evil is increasing in our arsenals and possibility of nuclear war is becoming more likely by the day. Loans may not be good but their interest facilitates lenders like IMF and the World Bank to save their employees from being jobless. Nuclear weapons, on the other hand, are the messengers of destruction only. Some of your Western friends are willing to exchange our nukes with their blank cheques. But the educated illiterate reject this generous offer claiming nukes as a deterrence against any foreign aggression. Only a few dare to imagine how many properties can be bought in Europe from the proceeds of such a sale. Thus, the loans are a blessing in disguise to get rid of these weapons of mass destruction. On the very first day as finance minister, I will leave for a world tour with begging bowl in hands. Soon we will be left with no choice but to sell nukes for loans repayment and shrink the size of our armed forces. War being no option, Pakistan will rise higher as an angel of peace and guide the world on the way to harmony. Your opponents would then realise that how visionary you are as a leader. 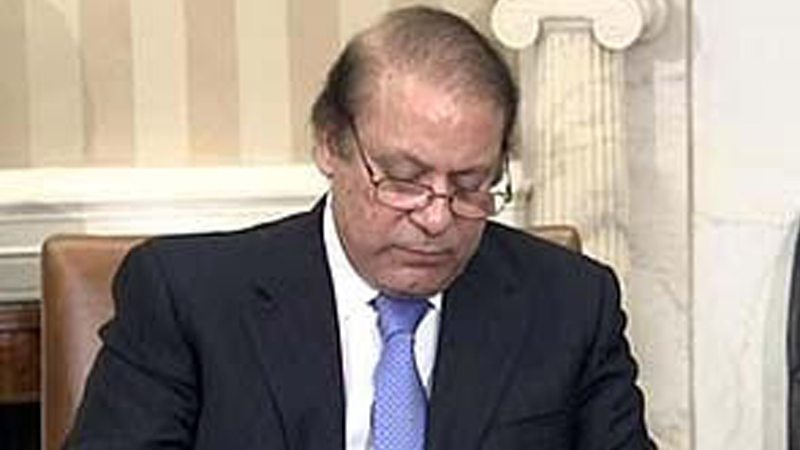 I have been told that constitutionally only a parliamentarian may be allowed to brag that he is the real minister and not a puppet one. I am neither a member of the National Assembly nor the Senate. But your words are a constitution unto themselves, and your highness is a living personification of the constitution, law and democracy. Therefore, if you are convinced that I am entirely incompetent and thus perfect person for finance minister’s office, then who cares about rules and regulations? Besides, it is not in our democratic tradition to honour procedures in letters and spirit. Someone can approach the courts and my appointment can be ruled as illegal in couple of years like that of Absar Alam. As my tenure would last less than 6 months, no one will dare take that path. If something unexpected happens earlier than this, I will borrow the airplane of the Prime Minister and fly away. Therefore, please, notify me as the finance minister so that I can start bashing Imran Khan and bemoaning ‘democracy in danger’ without delay.