Book-reading is a hobby that is fast dwindling in this country  ... but the rise of e-books and kindles might reinvigorate the love for knowledge in the younger generation 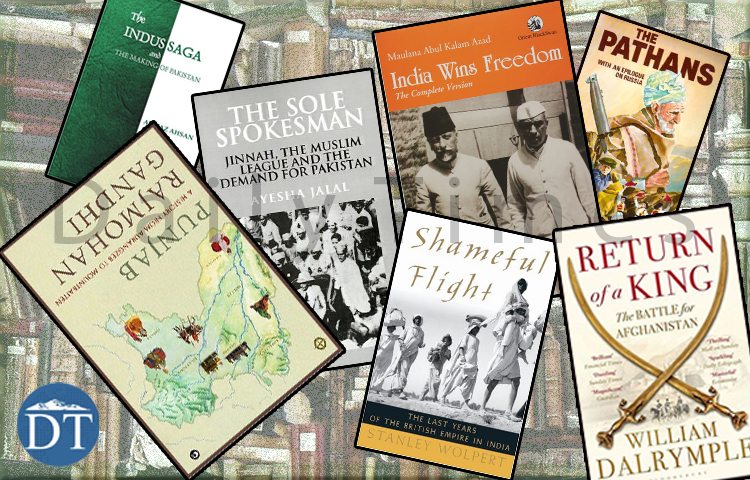 There are few in Pakistan who would think like the Argentine writer today. Book-reading is a hobby fast dwindling in this country, though we may hope that the rise of kindles and audio books might someday be able to rekindle the urge for knowledge in the hearts of young Pakistanis who currently are hopelessly in love with their Samsung notebooks.

Yet there are many out there who want to read books but don’t know which ones they really should. You see, books are quite expensive these days. Even the ones by Che Guevara are unaffordable for the proletariat. You can’t just go buy books and realise only after reading them that they were not worth your hard-earned money.

So before I go on to make my seven book suggestions on Indian history, just want to advise the readers that they should never buy a book without going through its reviews.

Here are the seven books that you will surely like if you’re a History lover.

1 – The Indus Saga by Aitzaz Ahsan

‘We’re not un-Indians’. This is the crux of what the PPP senator has tried to prove in his 1993 book, The Indus Saga. As he himself states in the preface of the book, Aitzaz was always confronted by this one question whenever he went abroad: 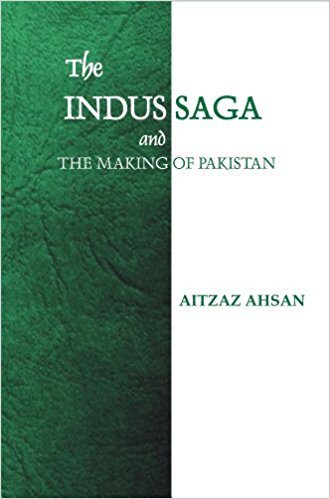 who are Pakistanis? And he always had to go to pains to explain how Pakistan was a country and an identity beyond its history of partition with India.

Aitzaz wrote this book in an attempt to prove that the four provinces comprising the Pakistani federation had always been different from the rest of India. He describes the independence of Pakistan as a centrifugal pull of this region, which had always taken more cultural influence from Central Asia than India.

The articulate lawyer uses innumerable references from geography, history, politics and poetry to drive home his point that Pakistan is the heir to the Indus civilisation, which had always been different from that of the Ganges.

2 – The Pathans by Olaf Caroe 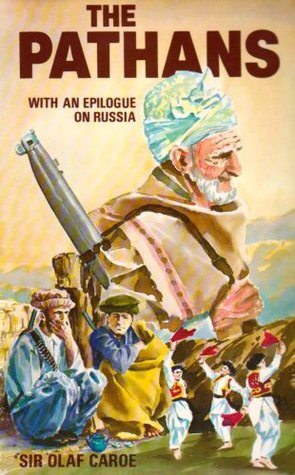 The last of British governors in North West Frontier Province (NWFP) before partition, Olaf Caroe was not just an administrator but one of the greatest historians on the Pathan region. The governor, who used to call himself ‘a Yousufzai at heart’, is undoubtedly one of the most prolific researchers on the Pathan people.

In his book, Caroe brilliantly reverse-engineers the history of these lands and draws conclusions that are enlightening and intriguing at the same time. It is a detailed account of the origins and histories of every significant Pakhtoon tribe in the whole region. Having personally administered NWFP as an Indian civil servant for decades, Olaf Caroe was undisputedly a man obsessed with the people he governed, wrote about, and admired from the core of his heart.

3 – Punjab – A History from Aurangzeb to Mountbatten by Rajmohan Gandhi 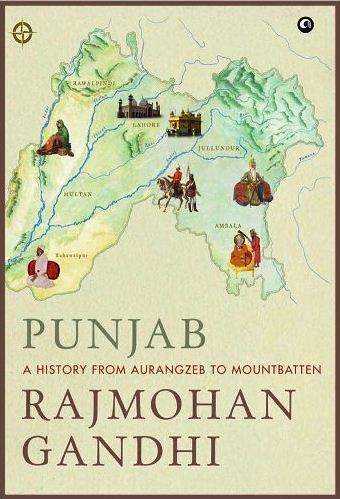 ‘The land of the five rivers’ has remained a fascination for the invaders over several millennia. Home to one of the oldest civilisations, Harappa, Punjab has remained a country always coveted by the rulers of this region and beyond. It is unfortunate though that a region that remained at the heart of Indian politics for centuries under the Central Asian Muslim rulers and then the British Raj, received so little attention from the historians that when Rajmohan Gandhi took it upon himself to write a history of Punjab, he was unable to find even a single comprehensive source on the subject from 20th century.

The grandson of Mahatma Gandhi describes the politics of Punjab from the early 18th century till the independence of India and the subsequent partition of Punjab in quite detail. He discusses the great Sikh empire extensively in his book and has certainly provided us with an authentic account of the family politics in the house of the Maharajas. With an acute sense of historiography and a love for the region his grandfather’s hometown Gujarat has historically considered itself a rival to, Rajmohan Gandhi has done a great service to the people of Punjab with this monumental work.

4 – Return of a King by William Dalrymple

“A major contribution to the historiography of south-west Asia and of the British empire … Return of a King will come to be seen as the definitive account of the first and most disastrous western attempt to invade Afghanistan.” —New Statesman 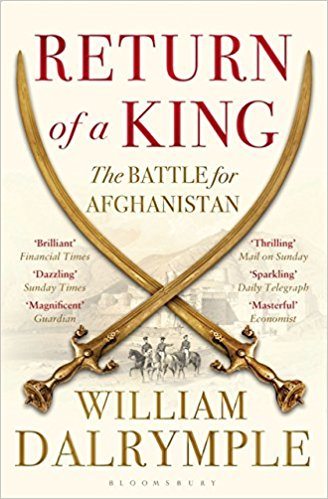 William Dalrymple is a master storyteller. The way he narrates history is a gift only few possess. This book ‘Return of a King’ is a detailed account of the ‘most disastrous western attempt to invade Afghanistan’. The campaign might have begun in 1837 but the roots of this war went far behind into the deep schism between the two powerful tribes in the Afghan army – Sadozai and Barakzai – and the misplaced favouritism of the British Empire for the Sadozai clan which eventually led to the most humiliating defeat of the colonial power anywhere in the world to date.

It is a tale with very few heroes and, at times, distresses the reader. But that is how politics everywhere is. It’s a must read for those who think that their predecessors were any improvement on the heartless and treacherous people who rule over them today.

5 – The Shameful Flight by Stanley Wolpert 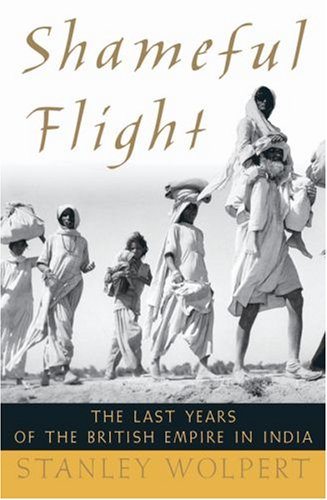 “The Indian political parties and political classes do not represent the Indian masses. It is a delusion to believe that they do … In handing over the government of India to these so-called political classes, we are handing over to men of straw of whom in a few years no trace will remain … Many have defended Britain against her foes, none can defend her against herself. But, at least, let us not add – by shameful flight, by a premature hurried scuttle – at least let us not add to the pangs of sorrow so many of us feel, the taint and smear of shame”.

Stanley Wolpert derived the name of his book from this speech made by Sir Winston Churchill at the House of Commons on March 6, 1947. Known for his famous book, Jinnah of Pakistan, Wolpert deserves much more praise for his 2006 work ‘The Shameful Flight’. In this book, he discusses in detail the political intrigues in the corridors of power in London that led to the partition of the most prized possession of the empire.

It offers us a peek into the minds of those deciding the fate of the millions inhabiting the undivided India. The book deserves a read from everyone looking to educate themselves on how the partition actually took place. 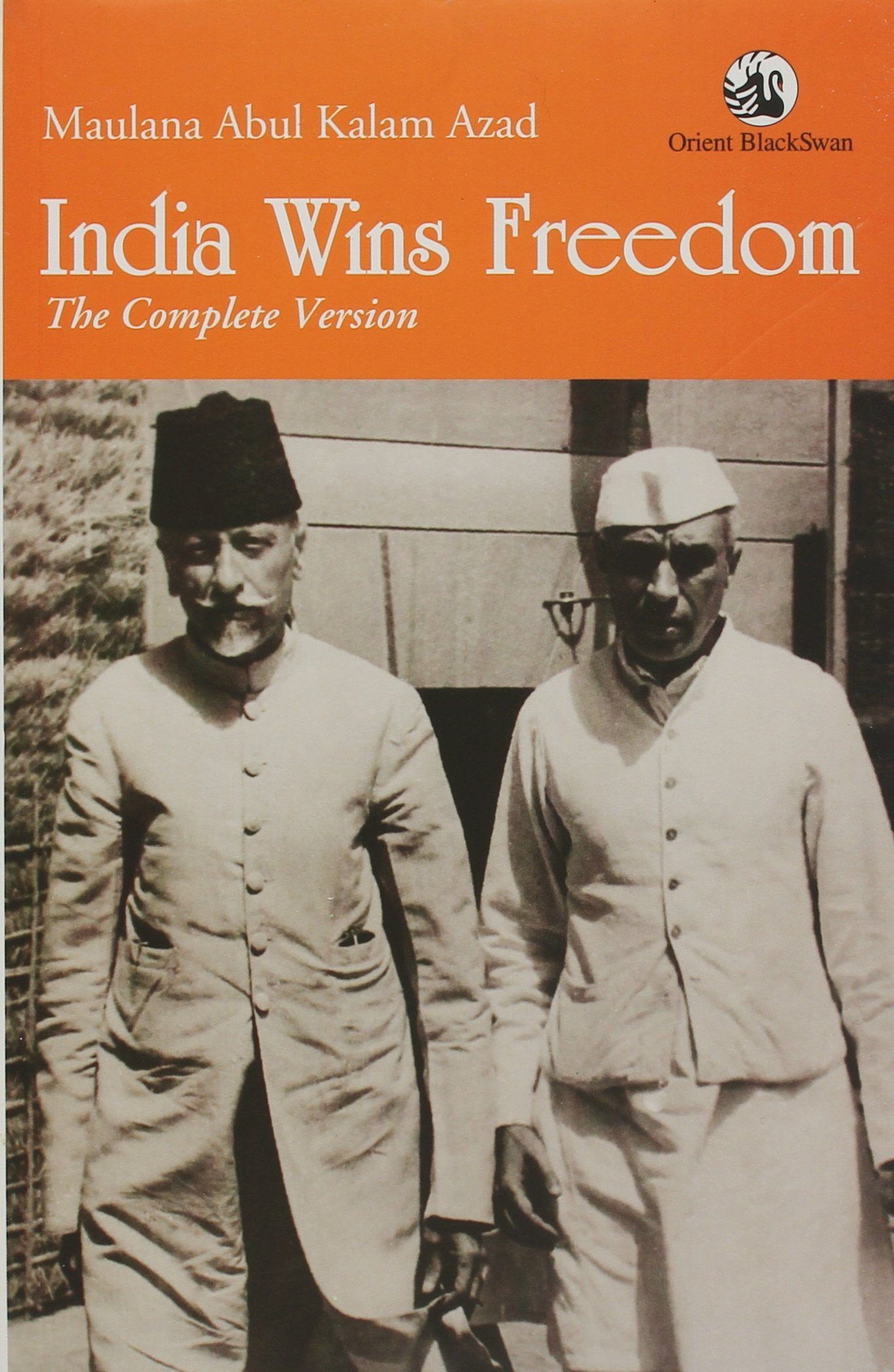 Azad remained the president of Indian National Congress from 1940 to 1945, almost throughout the World War II. It was the time when Quit India Movement was at its peak and he spent around three of these years in jail. Azad’s insights into the partition are stimulating, to say the least.

The whole account is a gripping tale of how the Congress gradually ceded to the demands of Muslim League and eventually gave up on the idea of a united India. Azad holds Nehru and Prasad responsible for the partition. He is a firm believer in Gandhian ideals but doesn’t shy away from criticising his mentor when he feels like it.

The most fascinating passage is where he realises that Nehru and Dr Prasad had won Mahatma Gandhi over to their side. It is a personal account of a man who saw those dreadful days up close, but was unable to do much to hold the course of history from changing its path, probably, forever.

7 – The Sole Spokesman by Ayesha Jalal 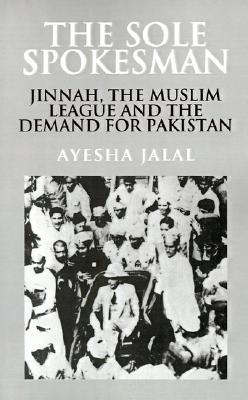 In her 1985 book, The Sole Spokesman, Ayesha Jalal has arguably put up the most daunting defence of Jinnah to date. One of the first accounts after the release of India Papers by the British government, The Sole Spokesman argued brilliantly on how the Indian National Congress was the main ‘culprit’ behind the partition.

Jalal claimed that Jinnah used the ‘Pakistan Card’ in order to get the best deal for the Muslims of India but it was the Congress that dictated the circumstances into the direction of partition and by the time Jinnah realised that his demand was going to be met, it was too late to organise an honourable retreat.

Moreover, she also blames the bloodshed that ensued following the announcement of the partition on Congress, arguing that Jinnah had never demanded the partition of Bengal and Punjab, the two provinces where most of the blood was spilled. Jinnah always demanded that the provinces with Muslim majority should go to Pakistan and the ones with Hindu majority should go to India. It was Congress, according to Jalal, who took this scheme to the tehsil level, causing the partition of the Punjab and Bengal and thus was primarily responsible for all the bloodshed.