The state of the state

Without changes in this political culture, and the institutionalised frameworks and state policies which accommodate, adopt, enable and empower elements that endanger the lives of minority communities in the country, Pakistan will continue to be held hostage to violent and vicious vagaries of bigotry, extremism and intolerance

In an attack that reminded us of the APS tragedy three years ago on 16th December 2014, a blast struck the Bethel Memorial Methodist Church in Quetta during Sunday church service, killing several and injuring dozens. Pictures of the scene of destruction within the church soon spread; spoiled, smashed and shattered Christmas decorations could be seen with the forlorn figure of a Christmas tree still standing in between.  As the situation for minorities continues to deteriorate, the National Action Plan can be questioned for its efficacy. Minority communities continue to be gunned down, their places of worship targeted, and their communities used as fodder for sordid political performances.

Only a few months ago, Captain Safdar attempted a grab at political relevance in a manner only a disgraced and insignificant political actor capable of headlining solely through corruption scandals, can.  Railing against the Ahmadi community in Pakistan, he declared that” the Ahmadis are a threat to this country, its Constitution and ideology” against whom action is warranted. This was not the first time Safdar applied the time-tested tactic of resorting to religion and conjuring a threat to Islam and Pakistan for easy political mileage and rehabilitation of a damaged political standing.

In February 2012, he made a speech at the Istekam-e-Pakistan Conference in Lala Musa where he expressed support for Mumtaz Qadri and mentioned that “the first conspiracy was hatched against Pakistan when Sir Zafarullah Khan was made foreign minister.” Sir Zafarullah Khan, who was one of the leaders of the Pakistan Movement and the architect of the Lahore Resolution, was appointed the country’s first foreign minister by Jinnah himself. Did Safdar think Jinnah conspired against Pakistan? Through his principled and distinguished diplomacy, Zafarullah Khan elevated the newly-created state of Pakistan with dignity and respect among the nations of the world, and emerged as an eminent advocate for the Muslim World and the Third World which earned him honor and recognition from around the globe. However, some consideration and compassion can certainly be spared for Safdar and his ilk who devote most of their meagre grey matter to the swindling of state resources, dodging of NAB references and acquisition of apartments in London, leaving little for education, knowledge and decency which would familiarize them with such facts, history and realities

The National Action Plan can be questioned for its efficacy, as the situation for minorities continues to deteriorate. Minority communities continue to be gunned down, their places of worship targeted, and their communities used as fodder for sordid political performances

Safdar aside, the recent turmoil unleashed by the the Tehreek-i-Khatm-i-Nabuwwat, Tehreek-i-LabaikYa Rasool Allah and the Sunni Tehreek Pakistan’s protests cannot be dismissed in any consideration of the state’s approach towards hardliner groups within the society either.

Neither bigotry was new to the disgraced captain nor was extremism new to the crowds at Faizabad but the placement of both these incidents side by side is necessary to illustrate the shambolic state of affairs regarding minorities in the country and most importantly, the underlying foundations that support it in the form of the state and its institutional attitude about the matter. 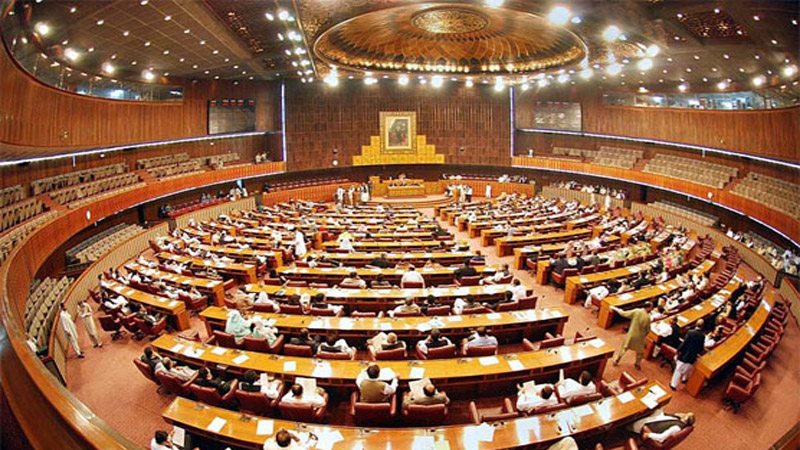 While Captain Safdar’s venomous tirade against the Ahmadi community in Pakistan drew condemnation from several quarters, the diatribe was essentially enabled by the prevailing criminalization of the community’s faith and identity and the constitutional sanctions for their discrimination and persecution. Even the protestors at Faizabad had demands that tied into existing acts and measures such as the Khatm-i-Nabuwwat oath in the Elections Act, and the ostensible end to their agitation, which also included the bizarre act of releasing protestors and parceling out cash to them, which was brokered by contentious state actors signaling other tensions within the state apparatus and balance of power. Such groups and incidents are only bolstered and buttressed by the establishment of religion as a convenient resort for the coward, which is guilty and powerful in the state and society. Here it finds fertile ground for reaping benefits. These benefits include weaponisation of blasphemy allegations, and the scapegoating, targeting and demonizing on an already persecuted community.  These also serve as effective diversionary tools when political pressures and scandals surge. This is further facilitated by the traction these ideas and tactics find in a country where scapegoating and hate-speech against minorities is a legitimate and popular exercise in vying for votes and power, and where pandering to the religious right and partnerships with militant sectarian outfits are acceptable electoral strategies.

It would be absurd to expect state, government and political authorities to lead the charge against these incidents when these institutions, authorities and actors are at the forefront of enabling them in the first place, with constitutionally enshrined persecution in the case of the Ahmadis, and the institutionalization of the frequent deployment of religion as a prop and ploy otherwise.  Without changes in this political culture, and the institutionalized frameworks and state policies which accommodate, adopt, enable and empower elements that endanger the lives of minority communities in the country, Pakistan will continue to be held hostage to the violent and vicious vagaries of bigotry, extremism and intolerance and their many willing and eager adherents who will leave us with no recompense or redress to look to.

The writer has an interest in socio-political affairs. She tweets at hafsakhawaja.wordpress.com