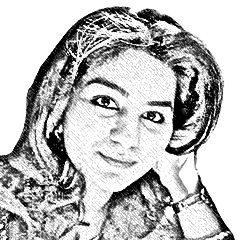 The curious case of activists in Pakistan

Former President Pervez Musharraf claims he has a solution to the Kashmir issue which can bring stability in the region. On December 11th, the former President gave an exclusive interview to Arab News saying that he had formed a group with ‘like-minded’ people from India, Pakistan and Kashmir to resolve the Kashmir issue. He added that he ‘strongly believed’ that the present Indian government is highly capable of solving the 70-year-old bone of contention upon which three wars have been fought. I immediately thought, how ironic that while many of the Indians, particularly those from minority groups and lower castes feel exceedingly unsafe under Modi’s government; here is Musharraf, a long-standing supporter of Indo-Pak friendship proposing the same against all odds.

Next my thoughts were about Raza Khan, convener of Aghaz-e-Dosti, an organisation promoting Indo-Pakistan friendship, missing since December 2. Members of the civil society while urging for his recovery and speaking against forced disappearances are remembering Raza as a ‘peace-lover’, ‘proponent of dialogue’, ‘social worker’ – a man whose ideas were built on love rather than hate. The Senate has taken notice, the Lahore High Court has ordered intelligence agencies and police to recover him but the sad truth remains — there is no sign of Raza.

Is it not ironic that the General with whom the most gross injustices of illegal disappearances, of which Balochistan bore the brunt, talks about the Modi government as capable of forming an Indo-Pak partnership — something Raza would have wished for but at a vernacular level and inspired by shared love, peace and respect. This is tragic for Raza’s fate and the hypocrisy of his opponents is repulsive.

Soon after Raza’s disappearance, I went back to my university where I used to be a student activist. I graduated a year ago. A former military man handles the security of our university — many educational institutions have in fact put ex-military men in charge of security — a separate department in schools and colleges for additional security measures since the institution responsible for protection hasn’t delivered. The security in charge at my university, let’s call this guy ‘Col’ for purposes of maintaining his anonymity.

Col found our activism highly problematic for reasons that if I never understood. They would actually make a great essay for deconstructing the civil-military trust deficit. There was a classroom staff member who had orders from the Col to watch us on the university premise especially when we gathered for discussions. Sometimes he would even take photographs and when asked he said ‘security precautions’. This is the post-APS attack time when educational institutions were facing threats.

People are abducted by the state without any evidence, or inquiry because they are critical of faulty state policies. Their disappearances are justified by spreading rumors that either they were against the country or against God

When I went back to campus this classroom staff member looked at me surprisingly and asked why hadn’t I returned to India? I have never in my life been to India. I asked him if he had orders of watching us because the Col told him we were Indians? Realising he had said what he shouldn’t have, he went away.

This, plainly and in a nutshell explains the blatant lies on which activists are defamed by institutions of this country. How can authorities whose primary job is to protect us, spread false propaganda about those working for creating narratives that counter hate and intolerance. Without any evidence, truth or inquiry people are picked because they are critical of faulty state policies and then their disappearances are justified by spreading rumours that either they were against the country or against God.

During my student life we spoke on various issues including the Ahmadi persecution, violation of human rights in Balochistan and celebrated religious festivals for minority communities such as Christmas and Divali. By hosting Indians who worked on the Sufi saint Kabir Das I probably cooked myself the perfect recipe for coming under the radar as a suspicious person.

This of course happens with nothing else taken into account, not the fact that I have represented Pakistan on different forums and made her proud, not the fact that I being the only daughter of my parents have promises and hopes to keep and definitely not remembering that all my efforts are for making Pakistan a country where everyone belongs and feels safe.

But there was worse to come. Once while making a human chain outside a Church in the wake of attacks on minorities ‘unidentified men’ came with DSLR cameras, took our pictures and went away.

Similarly, ‘unidentified men’ came and took pictures when we made a human chain outside an Imam Bargah. I don’t know in whose office those pictures are and what they intend to do with people who put their lives at risk when the state fails to protect, but from the trajectory it’s clear: peace activists are a threat to certain institutions.

An ex-military man talking about peace is considered truthful and reliable but when an unarmed citizen does the same it becomes a case of suspicious anti-state sentiments. This reeks of absolute hypocrisy

The fact that over 50,000 Pakistani families have lost their loved ones to war, terror, hate and extremism is not an alarm enough. The fact that an ex-military man talking about peace is acceptable, truthful, reliable but when an unarmed citizen does the same it becomes a case of suspicion, threat and anti-state sentiments. This reeks of absolute hypocrisy.

The Senate pointed it correctly we all know who picks up activists. We know who runs false propaganda of blasphemy and anti-state narratives against them. We know who in the media and elsewhere is on their payrolls. The problem is not that they cannot be named, the problem is that they have established themselves as the supreme protectors and implementers so unimaginably out of reach of justice, accountability and critique that their own obsession with consolidating power is going to jeopardise Pakistan and its well-being.

Pakistan needs to be saved by this power and those who have been raising that voice are precisely the ones disappearing. It is exactly this exploitation and manipulation that took the life of a student named Mashal Khan: when those who plotted his murder knew he had not committed blasphemy, but still they incited a mob of students, his own class fellows, to take his life. Why?

Because they knew they will get away with it. Because they know our people are insecure about two things: their religion and their country. And they try to protect it in many, if not all the wrong ways. They take this weakness and turn it against those who try to point it out.

This propaganda has ruined lives of activists, professors, students, now who’s next?

The author is Lahore-based human rights activist and freelance writer