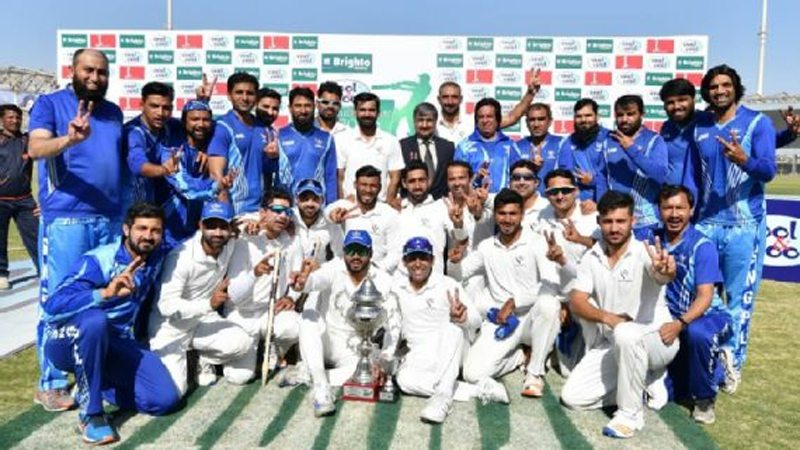 KARACHI: Samiullah Khan sparkled with red cherry as Sui Northern Gas Pipe Lines (SNGPL) defeated Pakistan WAPDA by an emphatic 103 runs in the five-day final to win the Quaid-e-Azam Trophy at the National Stadium Karachi here on Monday. The hard work had been done on Sunday, where the core of WAPDA’s batting line-up was dismantled. This left Mohammad Hafeez’s side needing only three wickets to regain the trophy. They faced a hint of resistance on the last day, but weren’t to be denied in the end. Samiullah, the left-arm fast bowler, took all three remaining wickets to post career-best figures of 8 for 62, as Salman Butt’s side’s title defence came to an end.

Any thoughts of a competitive final day had been killed off late on the fourth evening in a spectacular 19-ball collapse that saw WAPDA reduced from 86 for three to 86 for 7, with all their recognised batsmen dismissed.

Khushdil Shah fell off the third ball on the final day before dogged partnership between Wahab Riaz and Khalid Usman took the hosts past 150. However, Samiullah returned to dismiss Wahab before taking the final wicket in the 11th over of the day to complete 11-for. For a man who played two internationals for Pakistan nearly ten years ago, it was a sweet career-high in his twilight years. Pakistan internationals Mohammad Abbas and Yasir Shah were also among the wickets as they claimed four and two respectively, with Azizullah claiming the other three in the match. There was little to write home about for WAPDA batsmen in the final innings, with Zahid Mansoor (38) and Aamer Sajjad (38) providing the most resistance to a rampant SNGPL attack. Middle-order batsman Iftikhar Ahmed (106) and Mohammad Rizwan (99) would hope their exploits for SNGPL in the third innings will force selectors to stand up and take notice.

SNGPL captain Muhammad Hafeez understandably enthused over Samiullah and Iftikhar. “The players supported each other well,” said the veteran Pakistan all-rounder. “Iftikhar and Rizwan were the stars of the show, steadying the ship after we had been reduced to 21-4.” Hafeez believes one of the reasons behind his side’s successful campaign was the kind of personalities that share the dressing room. “Credit needs to go to our management, who selected players based not only on their sills but also on their personality. We have some of the nicest players in the entire domestic circuit and the support we have been able to give each other on and off the field helped earn us this title.”

Hafeez once again reiterated that it was the middle-order duo that turned the game around. “We were under a lot of pressure at 21-4. While the other batsmen had gotten out playing rash shots, Rizwan and Iftikhar kept their nerve. We knew that conditions were such that any target over 200 would be very difficult to chase in the fourth innings.”

The 37-year-old felt conditions throughout the tournament could have been more conducive to batting though. “A player’s job is to play in any condition but the pitches suited the bowlers a lot. It should be that they provide an equal opportunity for both batsmen and bowlers,” he said, before adding that the trophy should be used to find players for the national team. “The players who perform here should be praised and given a chance to prove themselves in the national side.” Samiullah, awarded the man of the match for his 11-wicket haul, felt all his hard work has finally been justified. “I have been working hard for a very long time,” he said. “I want to take this opportunity to urge young players to keep on working hard since hard work will never go to waste. My performance was also a result of all the work the coaches and management have put into me. I think we handled the pressure better in the final and were therefore worthy winners.”