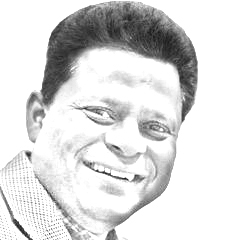 Integrate to solve the Afghan problem

Afghan-Pakistan bilateral relation is of prime importance for regional integration and stability. Headway in vital areas including socio-economic, political and security situation is required to have a stable region

Overlooking the scattered vegetation around the spiralling brook deep in the valley from a rocky knoll, in his usual mild whispers, roared the lion of Panjshir: “They are helping us only to continue the war but not to end it.”

Sporting his signature round woolen cap, Ahmad Shah Massoud commented while discussing the post Soviet occupation war situation in Afghanistan with a group of zealots from educational institutions in Pakistan, who were on a volunteered summer jihadi camp.

Even almost three decades after the memorable meeting, the Afghan situation remains almost unchanged. However, over the years, the number of stakeholders in the rogue affair seems to have multiplied encompassing even the layers of white collar ‘baboo’ working for various aid agencies and foreign organisations enjoying the trickle-down effect of a better paycheck in foreign currency. The lifestyle might have been improved for a few in settled urban centres, but the ordeal of larger populace of Afghans at home or refugees in neighbouring countries largely remains unchanged.

Even at the local level, beneficiaries continue to enjoy the continuous flow of dollars being pumped in through various projects. And also for the Afghan diasporas overseas, the perplexed situation works because a murky situation probably oils their strategic and political shops, thereby multiplying the financial gains. However, despite the joy of a few, solutions for many troubled communities in conflict zones are yet to be found.

Most of the prolonged stint of President Hamid Karzai and even after his government focused on rhetorical hysteria of the blame-game as his best strategy to avert and deflect both internal and external pressures, pointing finger at Pakistan for all ills rather than putting their own house in order. President Ashraf Ghani’s enlightened entry in the regional politics as fresh breeze, soon succumbed to bait extended by India and he often follow his predecessor.

Afghan-Pakistan bilateral relation is of prime importance for regional integration and stability. Headway in vital areas including socio-economic, political and security situation is required to have a peaceful, prosperous and stable region.

An imbalance in the asymmetric support to both countries from the international stakeholders based on their own strategic-politico-economic agenda mulls the conflict in region. In the backdrop of an unclear and oftentimes bumpy bilateral relationship at the political level, no major issue at the community or people-to-people level erupted. However, initiatives to support the people-to-people relationship by various quarters have often been politically challenged and left halfway done. This situation facilitates mudslinging, a factor that allows the security networks to create further confusion resulting in deepening trust deficit between the two immediate neighbours.

To extend an olive branch for regional integration, Afghanistan needs a two pronged strategy vis-à-vis Pakistan and other participating nations comprising both the ‘starters’ or short-term goals and the ‘full-course’ or the long term objectives. The jump-starter would be an enhanced economic activity robust to generate momentum that would impact the larger landscape of strategic policy making among the governments and other power quarters.

It would help attract the international stakeholders become familiar with the paradigm shift taking place in the region — by shifting from conflict or antagonistic approach to the economic one, and by not relying upon the billions of dollars illegal transit trade but creating an enabling environment for the lifeline i.e. trans-border trade and investment.

On the political front, both Afghanistan and Pakistan need to ensure that external elements would not meddle in the internal affairs in order to promote trust building. An enhanced military-to-military and intelligence cooperation between the two neighbouring countries need a barometer to prevent meddling of a third party and accelerate the policy adaptation. It would subsequently create a long-term win-win situation for all players in the game. It can help advocate change at the civil society, policy and political levels as well as address issues with communities at the grass root level.

Afghanistan needs to take into consideration the experiences such as the rise of civil society, democracy and women empowerment in both India and Pakistan. However, what Afghanistan requires to adopt is a well balanced multi-dimensional approach instead of falling prey to Pakistan’s arch-rival India, ignoring ground realities of inter-communal populace sharing centuries old cultural, faith and trade ties along the common border with Pakistan. The next door neighbour definitely matters.