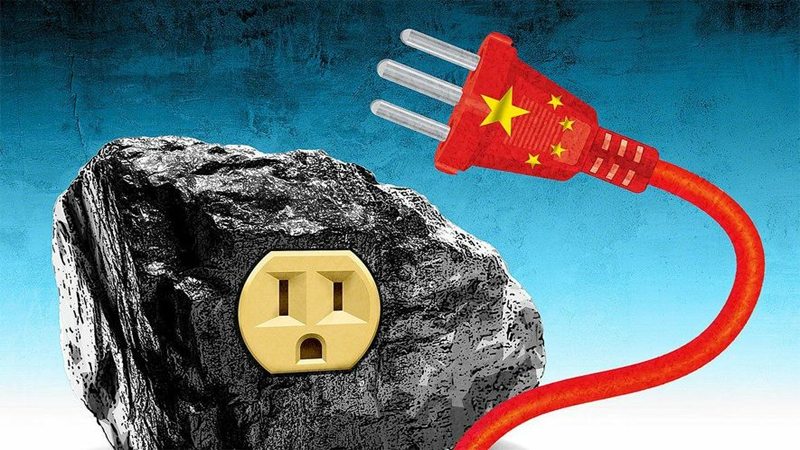 From the Appalachian country hollows of West Virginia, to China’s frigid northeast province of Heilongjiang, Indonesia’s South Sumatra and Vietnam’s Quang Ninh Province, seismic shifts are underway in the coal industry. These changes have nothing to do with the fight to cut carbon emissions and the low cost of natural gas that heralds an imminent end to the era of coal. Nor are they related to the 19 nation-strong alliance formed at the recent U.N. Climate Summit in Bonn, Germany, that promises to phase out use of the fossil fuel by 2030. In fact, for some of the world’s biggest users of coal, in both the developed and developing world, phasing out coal is neither expected nor desired.

The real story is that the continuous economic growth of developing economies will fuel demand for cheap energy. And the US is well positioned to assist and profit from the changing economic landscape.

Indeed, coal demand is only expected to ramp up further as low-income countries achieve middle-income status and more people move to cities in pursuit of better economic opportunities. In Asia, the urban population is forecast to reach 64 percent by 2040. Across the continent, whether in the congested urban areas or the countryside, coal is accessible and most countries have either sufficient domestic supply or can easily import it on the ocean’s vast seaborne lanes.

It is this trend that has prompted Washington to zero in on overseas markets for exports of American coal and on ways to burn it more cleanly and efficiently. Speaking at Bonn, US government officials said they would form a “clean coal alliance” with nations spanning six continents and urge the World Bank to change its ban on financing for coal projects.

Washington’s policy focus is not a lone voice in the wilderness, but is echoed by the International Energy Agency’s (IEA) latest report, which confirmed that a clean coal approach is more viable than the one promoted by the “Powering Past Coal Alliance.” While the IEA’s top-line figures show that coal’s “boom years” are likely over, as China’s demand for the stuff wanes and the US and other developed economies are shuttering a growing number of coal plants, the fine print tells a different story. Coal still provides roughly 40 percent of the world’s electricity and many emerging countries are simply not willing to phase it out just yet.

According to the IEA’s World Energy Outlook 2017, Southeast Asia is expected to continue driving global demand for coal for power generation through 2040, despite the fact that some continue to retire coal-fired plants or cancel projects for new coal facilities. The fast-growing and energy-hungry economies of India and Southeast Asia are expected to account for the majority of coal use in the coming years.

Over the past 15 years, the energy demand of the 10 members of the Association of Southeast Asian Nations (ASEAN) has grown by 60 percent, and the IEA anticipates it to grow by almost two-thirds by 2040. Indonesia, the largest consumer of coal in the region, is expected to build 40 percent of the new coal capacity, and Vietnam, the second-largest consumer of coal, is expected to become ASEAN’s largest importer of the stuff by 2040.

It is clear, judging by experts’ latest predictions and market trends, that coal will continue to rank high in the energy mix for decades to come. The burning question for governments now is how best to minimize carbon-dioxide emissions from coal-fired plants.

A potential answer comes from China, the world’s leader in renewable electricity capacity as well as the world’s largest emitter of carbon dioxide.

Scientists have been scrambling to come up with policies that can reconcile accelerated economic growth and environmental protection. On top of a strengthened regulatory environment, Beijing is allocating resources and investment in carbon capture and storage (CCS) and high-efficiency, low-emission technologies as key to their comprehensive climate strategy. The result? China is set to become the biggest market for clean coal technologies, catching up with North America, with half of all new CCS plants being built in the Middle Kingdom.

“In recent years the Chinese energy sector has undergone a huge transformation. Their coal-fired fleet has an average operational efficiency of 38.6 percent lower heating value, which is higher than the average of that across IEA member countries,” says Deborah Adams, Studies Manager at the IEA Clean Coal Center in London.

CCS collaboration is also growing at the cross-border level. For example, Japan’s Mitsubishi Heavy Industries and Southern Company in Alabama are teaming up to implement an initial demonstration of carbon capture at a coal-fired plant. A demonstration revealed that it was able to recover more than 90 percent of the carbon dioxide, send it through a 10-mile pipeline, and inject it into the ground.

Multinational energy companies like Chevron, ConocoPhillips, and GE are also spending billions to explore carbon capture and sequestration. For instance, Chevron, in partnership with Shell and Exxon Mobil, is overseeing a carbon capture and sequestration project at the Gorgon natural gas fields near the coast of Western Australia. The success of such projects signal further CCS investment opportunities in developing countries. Indeed, the first carbon capture project to run without the support of subsidies began operations in India earlier this year. These trends lend credence to the pragmatic solutions offered by US government representatives in Bonn. Of course, their call to find ways to burn fossil fuels more cleanly might not have been as superficially appealing as the sweeping promises announced by the Powering Past Coal Alliance. Yet at a time when the question of how to solve global energy challenges is far more complex than a simple choice between coal and renewables, their approach is the most viable one.