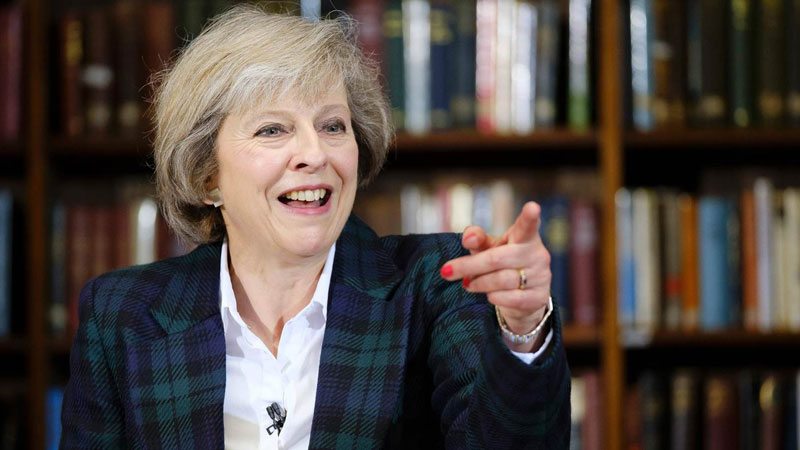 If Santa is listening, here’s a suggestion about what to deliver Prime Minister Theresa May of Britain and David Davis, her chief Brexit negotiator: a copy of Yanis Varoufakis’ Adults in the Room.

Varoufakis is the former Greek finance minister and his book sets out in excruciating detail the story of the 2015 negotiations between Greece’s government and its creditors. It feels like necessary reading for the Brexit team.

In the nine months of negotiations so far, there has been remarkably little give and take. What Britain agreed to last week was largely what Europe had demanded at the beginning.

European Union citizens’ rights have been largely protected, with Britain agreeing that its courts will take into account rulings of the European Court of Justice, the European Union’s supreme legal body. The money being paid by Britain for the divorce is less than what some politicians on the Continent were hoping for, but about double what was first offered.

On the Irish border, the two sides have agreed that there will be no border with passport and customs checks – but also that the details will be left to later talks. If there is no mutually agreeable solution, then Britain has promised to maintain “regulatory alignment” with the European Union to ensure that customs checks aren’t necessary, even though Britain will have no say over those regulations. A country that voted for Brexit as a way to “take back control” will be acceding even more control to the European Union.

All this is as Varoufakis might have predicted. In the wake of the financial crash of 2008, the Greek economy had imploded. The European Commission, the European Central Bank and the International Monetary Fund (collectively known as the “troika”), stepped in to provide huge loans, not for spending in Greece, but largely to bail out the banks (many of them German and French) that had so recklessly lent to Greece in the first place. In return, the troika insisted on an eye-watering austerity program, slashing jobs, welfare payments and pensions.

Anger at the harshness of this program led to the victory in 2015 of the left-wing party Syriza; its leader, Alexis Tsipras, had promised to renegotiate the deal with the troika.

Varoufakis, who led the Greek negotiating team, writes in Adults in the Room that rather than negotiate in good faith, the troika employed a number of tactics to ensure that it got its way. The key maneuver was insisting that negotiations be staged in two parts: Greece first had to “commit to the compromises they wanted and then, much later, we could begin negotiations on debt relief.”

It has been a similar story with the Brexit talks. Britain is dealing not with the troika, but directly with the European Union. The bruising negotiating tactics, however, are much the same.

The European Union insisted at the beginning that the negotiations be split into two parts. Only when “sufficient progress” had been made on the “divorce” could talks on future relations begin. Britain’s real interest is in signing a post-Brexit trade deal. London’s desperation to move on, Brussels knew, would lead it to capitulate on the terms of divorce.

And that is exactly what happened. With much bluster but little resistance, Britain accepted not only the two-part process, but also most of the European Union’s demands in the first phase.

Varoufakis tried to warn May. To negotiate successfully with the European establishment, he argues, you must have a fallback position that no one wants, but that you are prepared to follow through on if negotiations break down. In Greece’s case, the fallback was Grexit: unilaterally leaving not the European Union but the euro’s common currency area. This would have caused immense turmoil – not least in Greece – but in Varoufakis’ view, the only way to get the troika to negotiate seriously was to show that the threat was not a bluff.

Greece, in the end, did not follow this advice. Even when a referendum in 2015 decisively rejected a new austerity program, the Syriza government feared the chaos of Grexit more than it did the pain of austerity. It submitted to the troika’s demands and made spending cuts harsher than the ones it had previously been offered and rejected. In the case of Brexit, Britain’s fallback position is to leave the European Union without a negotiated deal. This would be as chaotic as Grexit. But, as with Greece, it is a threat without substance. From the beginning of the negotiations, many supporters of Brexit have pushed the slogan “No deal better than a bad deal.” But it has also been clear that far from being willing to make good on such a threat, Britain, like Greece, is desperate to avoid chaos.

Recognizing this, the European Union is already hemming in Britain’s options for the next phase of the negotiations. It has again demanded that the talks be split in two, the first part to deal with the terms of the transition period – a period of probably two years starting in March 2019, when Britain formally leaves the European Union, and ending when it fully separates from it – followed by the terms of trade relations.

The issue is not simply European Union intransigence. It is also that of British incompetence. Davis, the Brexit secretary, recently admitted that he had not commissioned a single study of Brexit’s impact on the economy. Only on Dec. 18 did the Cabinet finally formally discuss what exactly it wants out of Brexit negotiations. To negotiate with neither detailed information nor a firm vision of the endpoint is akin to playing poker blindfolded.

The combination of European Union inflexibility and British incompetence means that however, and whenever, Britain finally exits, it is likely to be on the European Union’s terms. “Adults in the Room” is necessarily a one-sided account from Varoufakis’ perspective. But it does provide a glimpse of the maneuverings usually shielded from public view. Reading it will change little,
but at least it might prepare British ministers for what is to come.