Loose milk, banaspati to be phased out in coming years: Mengal

* PFA annual report shows that the authority generated Rs299.515 million in revenue during 2017 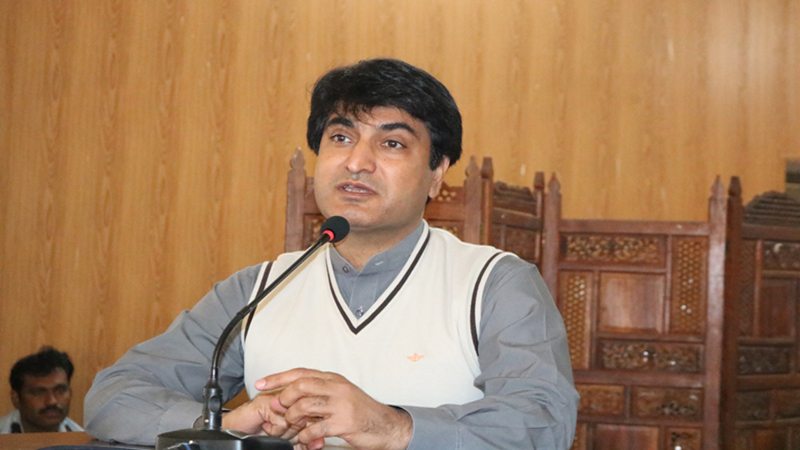 LAHORE: The Punjab Food Authority (PFA) generated Rs299.515 million in revenue, of which Rs104.24 was in fines, during 2017 through its e-licensing facility, the annual report of the authority reveals.

The annual report released on December 20 shows that the PFA issued 128,242 improvement notices, registered 156 FIRs, arrested 78 people, sent 2,411 food samples for testing, and conducted 406,215 follow up raids during the year.

The vigilance wing carried out over 400 raids against adulators in the following categories: ice factory, flour, oil, milk, beverages, and gutka.

Speaking to Daily Times on Saturday, PFA director general Noorul Amin Mengal said that the authority had been able to achieve all its milestones set for 2017.

On e-licensing, he said the purpose was to ensure food safety and quality. “Registration and identification of food business operators was the need of the hour. Previously, FBOs from Lahore district only were able to get registered through the manual file system. It was a long, hectic and slow process that lacked security,” he said.

About the future plans, Mengal said the PFA’s operations wing would be divided into food, meat, dairy and plant safety teams with experts from veterinary and agriculture sciences backgrounds on board.

“We are also considering setting up model food courts with help from Akhuwat Punjab. Efforts will be undertaken to discourage sale of loose milk and spices in the next two years,” he said. To a query, Mengal said that all regulations had been drafted on the basis of extensive research and only after the approval from a scientific panel. “Our major legal interventions have been the Punjab Pure Food Regulations 2017, Food Authority (Product Registrations and Display of PFA logo) Regulations 2017, and Punjab Educational Institutions Food Standards Regulation 2017,” he said.

To address malnutrition and stunted growth, the PFA had formulated fortification standards making it mandatory for businesses to add vitamins, iron and nutrients during production in oil, ghee, flour and salt.

The PFA DG said that the authority had also carried out measures to reduce burden of disease. “A minimal milk pasteurisation law will replace loose milk with pasteurized milk in next five year to eliminate milk adulteration. A ban on banaspati ghee will come into force by 2020 in view of health hazards. During the grace period provided as business adjustment time, trans fatty acid content will be brought down to safer levels of 0.5 per cent in accordance with international standards,” he said.

He said that the authority had accomplished major milestones in the year, including establishment of its own testing laboratory, a ban on soft and energy drinks in schools and colleges, introduction of milk pasteurised regime, ban on sale of loose items to control adulteration, compulsory fortification in flour and salt and oil and ghee.