WTO at the crossroads

The volte-face of the US must be understood in the larger context of Donald Trump’s ‘America First’ policy.

The collapse of the talks was on expected lines, as the United States, backed by the European Union, reneged on its earlier assurance, given at the Bali summit, to find a permanent solution on food stockholding for the farmers, in developing countries like India.

The volte-face of the US must be understood in the larger context of Donald Trump’s ‘America First’ policy. The United States and developing countries are against subsidies extended to farmers, as they feel that such subsidies are in the form of minimum support prices to protect the interest of farmers from the vagaries of nature. This would also make their export of agricultural products to these countries unprofitable.

However, what developed countries fail to realize is that India and other developing countries are facing an agrarian crisis because there was not enough monsoon rainfall for two consecutive years and the price fluctuation of agricultural products has left  farmers in a debt trap. In many cases, the farmers in many states of India could not even recover their investments.

The US position is untenable as in Nov 2014, they had reached an agreement with India on its massive food-stockpiling program. The US agreed to give India more freedom to subsidize and stockpile food to feed its people and support its farmers, as over one-third of its population is still living in abject poverty.

Secondly, the US questioned the role of the WTO in its failure to negotiate agreements and instead becoming more of a litigation centred organization. Nothing can be further from the truth, as 50 per cent cases referred to the WTO have come from the United States. Most probably, the US is peeved with WTO, as many cases went against it.

Moreover, there is now a changed political thinking in the US after Trump became the President. If any trade agreement is not in the larger interests of America, they end up being scrapped. The US withdrawal from the Trans-Atlantic treaty, and going back on the commitments at COP21 at Paris, for conservation of climate, are a few such examples.

India’s insistence on the continuance of a peace clause, until a permanent solution is found on food stockholding and MSP, was out rightly rejected by the US and the European Union. The ‘peace clause’ agreed at the Bali summit ensures that no country would be legally barred from food security programmes; even if the subsidy breached the limits specified in the WTO agreement on agriculture.

The argument of the US that their export of agricultural products has become unprofitable because of the subsidies to farmers and public food stockholding programmes of developing countries does not hold water. The developed nations see India as a huge market for food grains and other products, but their produce is rendered uncompetitive when the government is willing to subsidize farmers, purchase their produce for a minimum support price and then sell it at a loss through the public distribution system and other channels.

Strangely, they overlooked their own record of extending subsidies to its agricultural sector, which also amounts to protectionism.

Another argument adduced by the US was that, as both India and China were among the fastest developing economies of the world, bracketing them under the category of ‘developing countries’ is incorrect.

It is true that India and China are among the fastest growing economies of the world, but both the countries still have a large multitude of its population who live below the poverty line. The right to food is a basic human right. It is for this reason India enacted a National Food Security Act in 2013 for supplying subsidized food grains to approximately a third of its 1.2 billion people. In fact, the Food Security Act and other welfare schemes have lifted millions of people in India from abject poverty.

It must be noted that since 2013, WTO members had agreed to negotiate and find a permanent solution to the issue of public stockholding programmes for food security purposes. Under these programmes, developing countries purchase and stockpile food, and distribute it to people in need. However, as some of these programmes involve support to farmers through guaranteeing Minimum Support Prices (MSP), to cover for their losses due to monsoon failure and price fluctuations, to enable them to live a life with dignity. Any adverse change in the policy will have a direct impact on the livelihood of the poor farmers. We have already been seeing hundreds of suicide cases in India during the failure of monsoon, due to their inability to pay back the loans taken from the money lenders for sowing of crops and also for personal needs. 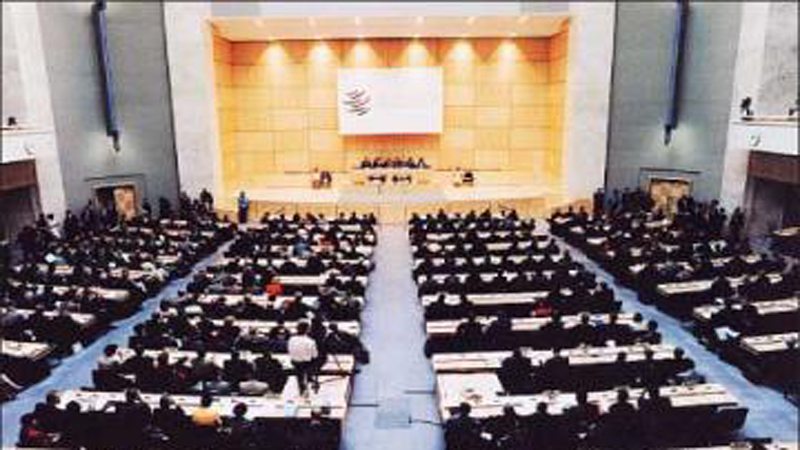 The Assistant US Trade Representative Sharon Bomer Lauritsen, supported by EU members, refused to appreciate the difficulties of developing countries which can lead to a deadlock. In fact, their insensitiveness to the plight of farmers and the poor led to the failure to reach a consensus.

Although they did not blame India for gridlock, according to experts, it was India’s intransigent approach that led to the collapse of talks.  India was blamed for insisting for a permanent solution to the public foods stockholding programme and MSP before allowing talks on the proposed Trade Facilitation Agreements (TFA). The TFA would have given a huge boost to global trade by reducing transaction costs, streamlining international customs procedures and facilitating easier movement of goods.

India’s efforts to get a binding decision on the public stockholding of food grain, which is crucial to providing  food security for its poor, did not make any headway even after the support of China and over 100-member countries.

The United States, the European Union and Japan also raised issues on protectionist trade practices of few countries. In a veiled reference to China, they wanted China to stop unfair trade practices caused by subsidies, and forced technology transfer that has led to excess production in China giving an unfair advantage to its exports.

The future of the WTO will be in danger if a permanent solution is not found on the issue of stockholding and MSP to the farmers. The World Trade Organization has been the bedrock for facilitating multilateral trade by providing a framework for negotiating and formalizing trade agreements backed by an effective and robust dispute resolution mechanism. Many smaller countries have benefitted by the WTO.

One hopes that the US, EU review their stand, keeping the interest of millions of people living in abject poverty, and work out a formula to end the deadlock. A   continued impasse could weaken the WTO.

The author is an independent columnist and political commentator