The row with the umpire cost Sami heavily as he faces two-match ban now along with fine worth Rs 10,000 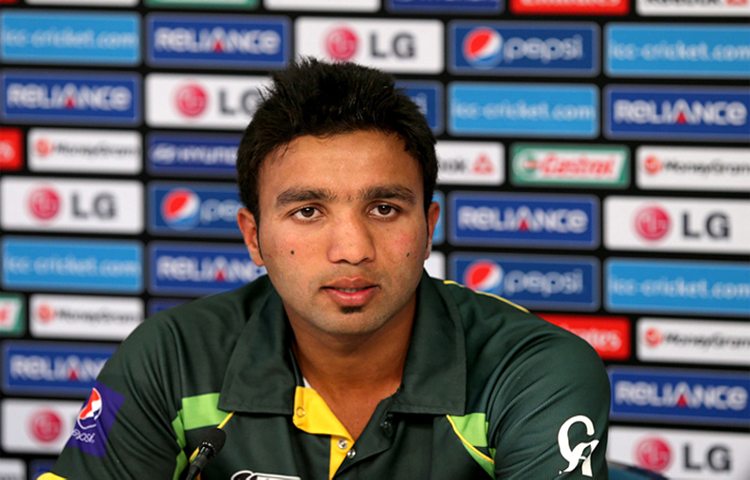 LAHORE: Test cricketer Sami Aslam has been banned for two matches for having misbehaved with the umpire during a domestic match in Lahore.

According to details, Sami Aslam had a row with the field umpire during a Fazal Mahmood Cup match. The umpires complained about his behaviour and recommended a ban of two matches and a fine imposed on him.

The umpires Saifullah and Liaquat Ali maintained in their complaint with the Chairman of Fazal Mahmood National Club Championship 2017 that Aligarh Cricket Club captain Mr Sami Aslam had used ‘abusive language towards umpires’ during the match.

The two umpires demanded a ban of two matches on Sami Aslam and a fine of Rs 10,000. They stressed that the fine and ban were both ‘strongly recommended’ so that such incidents would not occur again. ‘Such behaviour should not be tolerated at any cost’, the complaint undersigned by the two umpires said.

A picture of the complaint filed by the umpires against Sami Aslam: 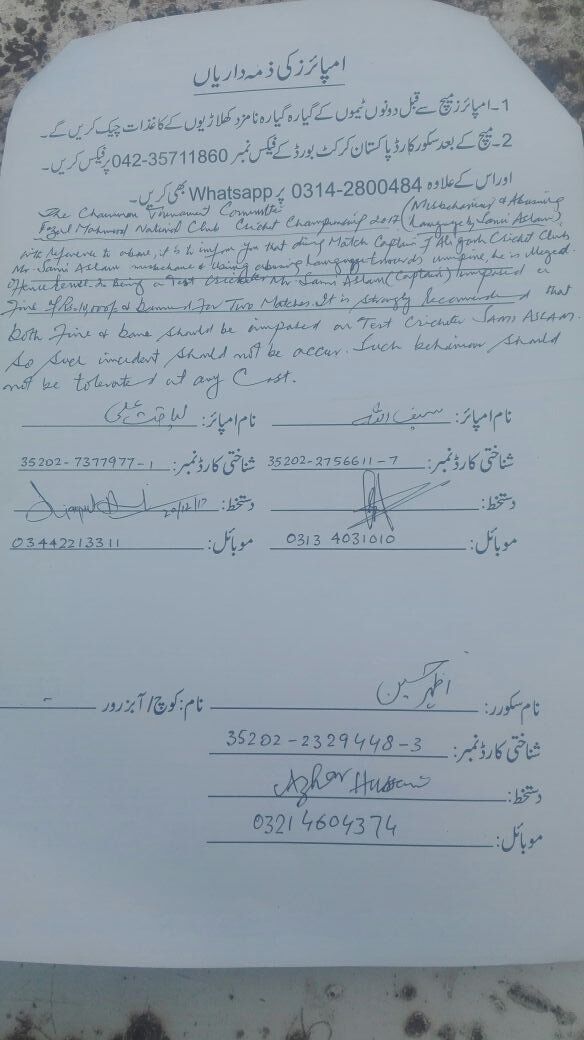