Many nuclear states like Pakistan, India and North Korea continue to divert enormous resources from development assistance, education, and healthcare to ensure the maintenance and modernisation of their nuclear forces

However, such an argument does not hold up under empirical scrutiny. The number of armed conflicts among non-nuclear weapons states has also decreased substantially in the post-Cold War period. This suggests that existence of nuclear weapons has not prevented warfare. Rather the incidence of war between states has reduced due to changes in the structure of the international system. Consequently, nuclear weapons have become more of an instrument of choice rather than of necessity.

In 2007, Mikhail Gorbachev, former Soviet leader, said that “it is becoming clear that nuclear weapons are no longer a means of achieving security; in fact, with every passing year they make our security more precarious.” The entire global system is passing through a process of profound transformation, which cannot be controlled or stopped. In today’s world, transnational terrorist networks pose the most potent threats to global security. And terrorist groups hardly take well thought-out rational decisions, as states are believed to take.

However, many nuclear states like Pakistan, India and North Korea continue to divert enormous resources away from development assistance, education, health care to ensure the maintenance and modernisation of their nuclear forces. According to some estimates, the world spends $288 million on nuclear weapons every day. The only factor that explains this incredibly inane waste of global resources is the presence of vested interests and the bloated nuclear bureaucracies in different countries. In 2010, President Obama had to earmark $185 billion to modernise nuclear warheads and delivery systems over the next 10 years in the bargain for smooth passage of the new Strategic Arms Reduction Treaty (START) with Russia. 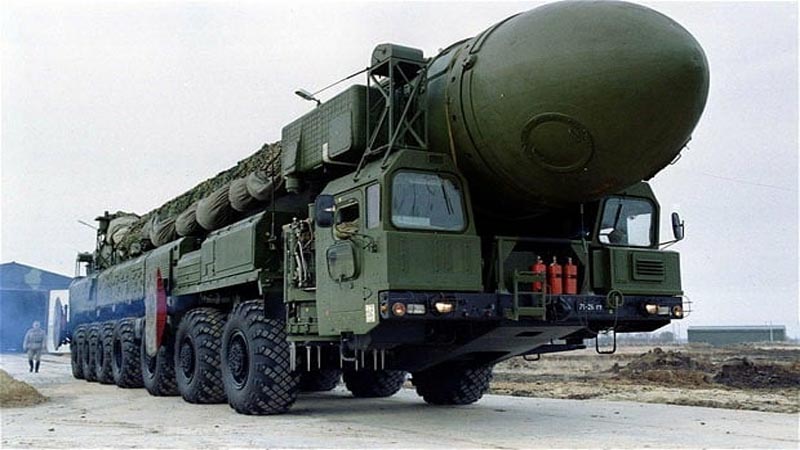 The leaders of countries like Pakistan and India should worry more about threats stemming from religious extremism within their own borders instead of getting involved in a nuclear arms race. Over the past few decades, Pakistan has slowly but gradually witnessed the rise of religious fundamentalism under the official patronage. The rise of Hindu fundamentalism in India since 2014 has given rise to many questions about the safety and security of India’s vast nuclear infrastructure. We face a very strong possibility that nuclear weapons could fall into the hands of non-state actors in the South Asian region. And the only way to make sure that this never happens is to eliminate nuclear weapons altogether.

If there is one thing that the ongoing circus in Islamabad has proved, it is that nuclear weapons are virtually useless against many internal security threats faced by the country. For more than three weeks, the nation’s capital has been held hostage by the forces of violent religious extremism, but we are totally powerless to do anything about it. Pakistan is one of only nine countries in the world that possess nuclear weapons. But that nuclear capability gives us zero leverage in countering the hybrid threats posed to our national security by armed non-state actors.

According to some estimates, the world spends $288 million on nuclear weapons every day. The only factor that explains this incredibly inane waste of global resources is the presence of vested interests and the bloated nuclear bureaucracies in different countries

In South Asia, millions of parents wake up worrying about the lack of education and employment opportunities for their children. But these issues are very low on the priority list of the political governments in both countries. More alarmingly, the military establishments of both countries have played a direct role in whipping up support for rabid nationalism among the largely ignorant masses. And the only people who benefit from this whole situation are international arms dealers.

According to a recent report by the Stockholm International Peace Research Institute (SIPRI), India has been the world’s largest importer of arms and military equipment from 2012-16, accounting for about 13 percent of the global total. India has increased its arms imports by more than 40 percent over the past decade. It is not surprising that many Indian analysts also support their government’s decision to spend more resources on defense at the expense of other priorities. The reason being that the Indian media has always worked as a propaganda tool to convince people of the necessity for a more aggressive foreign policy posture vis-à-vis Pakistan and China.

Despite the fact that governments of many countries still attach high importance to nuclear weapons, it can be argued that nuclear weapons have little deterrent effect. However, their continued existence makes the world a very dangerous place to live in. Efforts to reduce and, ultimately, eliminate nuclear weapons should be focused at all stages of the nuclear fuel cycle.Our future will be determined by our ability to reduce reliance on nuclear weapons and minimise the probability of accidental or unauthorised use of nuclear weapons. Let’s wake up before it is too late and let’s stop terrorists from planning a nuclear nightmare.

The writer is a PhD scholar at University of California, Davis. He can be reached on rasghar@ucdavis.edu