The death knell of the two-state solution?

If anything, Trump’s speech has exposed, yet again, how biased and discredited a mediator the US is in the Israel-Palestine issue.

On December 6, 2017, President Donald Trump officially recognised Jerusalem as the capital of Israel, plunging the fraught region into a new crisis. It has also led to speculations and warnings that by reversing its decades-long policy-based on UN Security Council Resolution 242, advocating a political settlement of Israel-Palestine conflict along the pre-June 1967 borders, with security guarantees and recognised borders, Trump has tolled the death knell of two-state solution.

The two-state solution had been considerably undermined long before Trump came into the White House. Trump’s announcement is politically explosive, given the religious significance of Jerusalem for three monotheistic faiths, but it is only symbolic. Under the grab of peace negotiations and the fig leaf of political talks, and in contravention to its own official position, the United States has been complicit in precluding the two-state solution and making it difficult to create the Palestinian state. The US has deliberately turned a blind eye to Jewish settlements, land expropriations in West Bank and East Jerusalem, and the establishment of ghettoized Bantustans that have reduced whatever little land Palestinian’s inhabit into cantons. Trump’s speech has only exposed this charade further.

By the time the first Israel-Arab war ended in late 1948, Israel had control over 78 percent of historic Palestine, along with West Jerusalem. In 1967, also known as the Six-day war, Israel occupied the remaining 22 percent of Palestinian lands, which constituted the West Bank, and East Jerusalem that was part of the former under Jordanian control and the Gaza Strip.

It has also brought light to the political bankruptcy of the Fatah-led Palestinian Authority. Politically compromised and dependent on foreign aid, it has steadily become more of an Israeli lackey than a source of genuine emancipation for Palestinians

According to BTselem, an Israeli-based non-profit organisation that documents human rights violations in Occupied Territories, from 1967 through 2016, Israel built more than 200 settlements in West Bank and East Jerusalem. Approximately 0.6 million Jewish settlers live in these settlements. Throughout this period, the United States of America provided Israel with military hardware, economic aid and unconditional diplomatic support; never holding it accountable for human rights violations of Palestinians and helping make the two-state solution obsolete; mediating peace talks which, to paraphrase Amira Hass, an Israeli journalist, were more like a soccer game in which America made sure Israel always won.

Take the Oslo Agreement and the subsequent ‘Declaration of Principles’, signed between Israel and Arafat-led Palestinian Liberation Organisation, under the auspices of the United States of America. In lieu of Israeli and international recognition of a politically emasculated Palestinian Self-Government Authority in occupied West Bank and Gaza Strip, Palestine capitulated to the hilt. Real issues of settlements, Jerusalem and refugees were left to be discussed in the final status negotiations in a distant future. If anything, it put a gloss of justification and legitimisation to the ‘facts’ Israel had created on the ground. Rather than heralding in an era of durable peace, it led to increasing division of Palestinian lands.

West Bank was divided into areas A, B and C. Area C constitutes 60 percent of West Bank and is exclusively under Israeli control. The Separation Wall that Israel started building in 2002 separated East Jerusalem from West Bank, severing cultural and social bonds forged over centuries by Palestinians. Then, there is the ‘mundane’ reality of an agonising and demeaning experience an average Palestinian goes through every day in her or his life: administrative detentions, the grueling process of security permission and siege of Gaza (Israeli daily Hareetz reports that this year, nearly 20 children in Gaza died when their applications for an exit permit to receive medical help were denied).

Peace talks did not lead to ‘durable peace’, but certainly increased the miseries of Palestinians and military aggression by Israel: Operation Defensive Shield (2002), Operation Cast Lead (2008), and Operation Protective Edge (2014). Over 2000 Palestinians were massacred in the last war, including more than 500 children. Close to 70 Israeli’s were killed, including a few civilians. The Obama administration defended Israeli’s right to security. His administration had to its credit the biggest military aid programme to Israel, $38 billion over a decade. So, to salvage its credentials as a neutral broker of ‘peace’, the previous American administration, in its last days, refrained from vetoing a UN Security Council resolution critical of Israel. That was it. 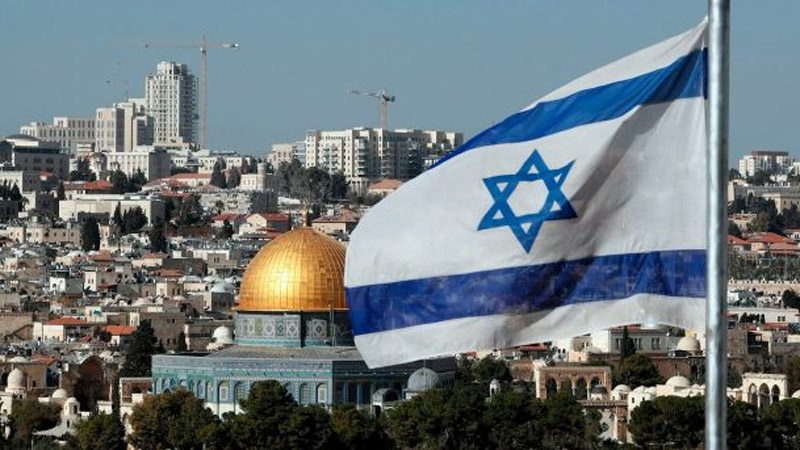 If anything, Trump’s speech has exposed, yet again, how biased and discredited a mediator US is in the Israel-Palestine issue. Secondly, it has also brought light to the political bankruptcy of the Fatah-led Palestinian Authority. Politically compromised and dependent on foreign aid, it has steadily become more of an Israeli lackey than a source of genuine emancipation for Palestinians. Its perfunctory condemnation of Trump’s announcement did not translate into any substantive policy other than hectoring Palestinians to resist the move; as if Palestinians needed such a call in the first place. The grassroots Palestinian intifadas have had an embedded element of spontaneity. Palestinians uprisings of the late 80s and early 2000s were leaderless and an expression of anger and defiance against a demeaning and brutalising colonial project. But most importantly, this speech might have inadvertently averted Trump’s so-called peace plans. The little details about the peace talks reported in New York Times, indicated the ominous prospect of a non-contiguous Palestinian state, with Jerusalem as the exclusive capital of Israel. America’s biggest ally in the region was in the loop too.