For 70 years now, Pakistan’s establishment — the army generals, the feudal lords, and the industrial tycoons — has brazenly exploited the poor, illiterate and gullible people of this country and made itself rich and healthy. Is there any hope that these all-powerful overlords may be replaced by the true servants of the people or, at least, compelled to serve the people instead of abusing them?

The short answer is: yes, but not in the usual ways of revolution and reform that you would think.

A popular and violent revolution is the most obvious path that comes to the minds of most students of history. However, the Pakistani society is so caught up in its centuries old traditions of caste, sect, and family that it is nearly impossible to extract a sufficient number of youthful rebels who would spearhead such a militant movement. Moreover, the kind of intellectual vision required to mobilise such a people’s army is also difficult to formulate after the fall of the Soviet Union.

Perhaps Islam can provide a rallying cry for such an army, as has been the case of late with Tehreek-e-Taliban Pakistan (TTP). However, for better or worse, Islam has become such an unwieldy construct after 14,00 years of interpretation that it can only provide intellectual vision for the afterlife, not for this life.

So revolution, from left or right, is not a viable option. Now let’s consider the case of reform. Reform requires a sustained and coordinated movement by players within the state structure to influence the policies and actions of the state. However, if this were actually possible, the entire idea of the ‘establishment’ would have fizzled out long ago. The hallmark of the establishment — and perhaps the only thing it is really good at — is maintaining its firm grip over the state structure and direction. It cannot possibly keep a check on the entire populace of the country, but it surely keeps an iron grip over the workings of its underlings. Any poor soul who thinks he or she can redesign the state policies by joining the army or passing the CSS exams is living in a fool’s paradise.

The power politics involving the new and old establishments operates at a plane much higher than the usual plane of ideologies, religions, interests and biases of the ordinary folk

Similar is the case of attempting reform through joining the prevalent democratic dispensation. In the presence of so-called ‘electables’ firmly entrenched in most parts of the country, there is hardly any room for anti-establishment politics in Pakistan. The kind of resources and mass contact required to run an electoral campaign is simply beyond the reach of any anti-establishment politician. With trade and student unions banned, there is practically no available avenue for such politics.

So it is not surprising that most ordinary Pakistanis, including the few isolated youthful rebels, appear so hopeless. However, where there is a will, there is a way.

Think of the nation’s destiny as a buggy drawn by two horses with its reins in the hands of the establishment. As noted above, it is not possible at the moment or in the foreseeable future to snatch the reins. Therefore, the only way to change the direction of the buggy is to put two more horses in front with its reins in the hands of a new and desirable establishment, the idea being that the horses in front would determine the direction of the buggy regardless of the direction asserted by the horses behind.

If the above analogy is conceded in principle, we get down to the extremely difficult task of acquiring two more horses, their reins and a clear sense of direction. Per force, this task requires an intimate knowledge of the workings of the establishments as they exist in this country and around the world.

The good news is that after observing the jugglery of the old establishment over the past 70 years, the holy men and women in this land who had been helpless so far have now seemingly acquired the knowledge and the means required to do the job.

Ever since the breakdown of Imran Khan and Tahirul Qadri’s dharna as a direct result of the APS massacre in December 2014, the persistent tricks of the old establishment have been consistently exposed and neutralised. The attempt to prosecute Musharraf for high treason, the murder of Qadri’s workers in Model Town, and the recent ‘balancing act’ by the Supreme Court (which is really the re-emergence of the Chaudhry Doctrine after a short hiatus) may also be seen in this light. In near future, the new horses are also likely to shred apart the Faizabad agreement. 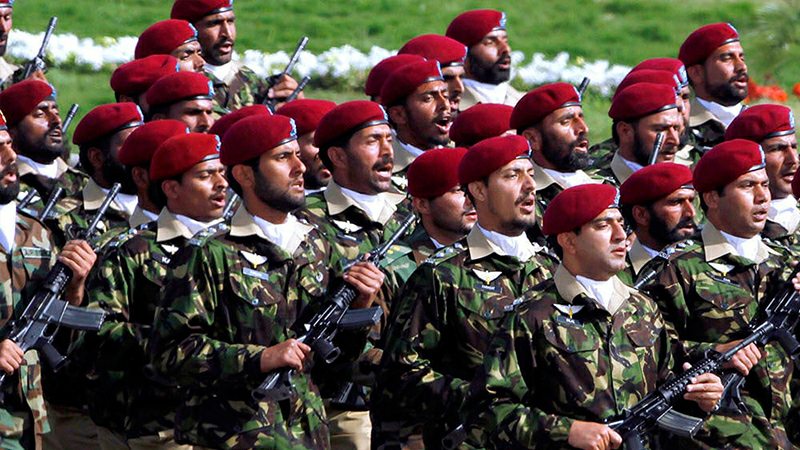 The above factual position shows that the old horses are still trying to assert their control over the direction of the buggy, but there are horses in front who can be relied upon to steer the country away from the direction of another martial law and towards a democratic dispensation bound to the wishes of the ordinary voter. Indeed, the day may not be far when the old horses would have to give up their futile struggle and obediently follow the direction set by the new horses.

At this stage, it is necessary to consider exactly how the new horses are manufactured and deployed. From the sidelines, it seems that the prime objective of any establishment, old or new, is control over power. From Foucault, we know that control over power is essentially control over knowledge. The tricky bit is to understand the kind of knowledge required to acquire power.

From the point of view of the establishment, it seems they do not believe in any particular type of knowledge; rather, they are open to exploiting all existing forms and manifestations of knowledge — from science to magic to religion — to dominate the affairs of less knowledgeable human beings. Moreover, once an establishment is in place, replacing it with a new establishment requires not only an equal facility with knowledge but also the ability to use such knowledge to see further into the future.

Needless to say, the power politics involving the new and old establishments operates at a plane much higher than the usual plane of ideologies, religions, interests and biases of the ordinary folk. However, the ordinary folk can take heart that their rightful struggles and prayers would not remain disappointed forever. Indeed, the time has come for all the cynics and the silent ones to come out in full force against all the might of old establishment.

The writer is a lawyer based in Lahore and was a law clerk to former Chief Justice of Pakistan Jawwad S Khawaja. He can be reached at babar.mirza@hmcobnr.com