US should innovate to become great again 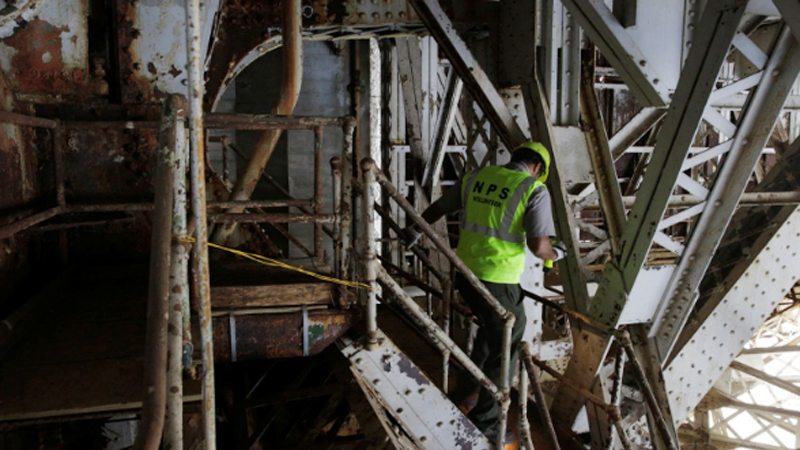 If the Republican tax plan passes Congress, it will mark a watershed for the United States. The medium- and long-term effects of the plan will be a massive drop in public investment, which will come on the heels of decades of declining spending (as a percentage of GDP) on infrastructure; scientific research; skills training; and core government agencies. The United States can’t coast on past investments forever, and with this legislation, we are ushering in a bleak future.

The tax bill is expected to add at least $1 trillion to the national debt over the next 10 years, and some experts believe the real loss to federal revenues will be much higher.

If Congress doesn’t slash spending, automatic cuts will kick in unless Democrats and Republicans can agree to waive them. Either way, the prospects for discretionary spending look dire, with potential cuts to spending on roads and airports, training and apprenticeship programs, healthcare research and public health initiatives, among hundreds of other programs. And these cuts would happen on top of an already dire situation. As Gary Burtless of the Brookings Institution points out, combined public investment by federal, state and local governments is at its lowest point in six decades, relative to GDP.

The United States is at a breaking point. In August, the World Bank looked at 50 countries and found that America will have the largest unmet infrastructure needs over the next two decades. Look in any direction. According to the American Road & Transportation Builders Association, the US has almost 56,000 structurally deficient bridges, about 1,900 of which are on interstate highways – and all of these are crossed 185 million times a day. Another industry report says that in 1977 the federal government provided 63 percent of the country’s total investment in water infrastructure, but only 9 percent by 2014. There’s so much congestion in America’s largest rail hub, Chicago, that it takes longer for a freight train to pass through the city than it takes to get from there to Los Angeles, according to Building America’s Future, a public interest group.

There is no better indication of the US government’s myopia than the decline in funding for research. A recent report in Science notes that, for the first time since World War II, private funding for basic research now exceeds federal funding. Research and development topped 10 per cent of the national budget in the mid-1960s; it is now under 4 per cent. And the Senate’s version of the tax bill removed a crucial tax credit that has encouraged corporate spending on research, though the House-Senate compromise version will probably keep it. All this is happening in an environment in which other countries, from South Korea to Germany to China, are ramping up their investments in these areas. A new study finds that China is on track to surpass the U.S. as the world leader in biomedical research spending.

When I came to America in the 1980s, I was struck by how well American government functioned. When I would hear complaints about the IRS or the Federal Aviation Administration, I would often reply, “Have you ever seen how badly these bureaucracies work in other countries?” Certainly compared with India, where I grew up, but even compared with countries like France and Italy, many of the federal government’s key offices were professional and competent. But decades of criticism, congressional micromanagement and underfunding have taken their toll. Agencies like the IRS are now threadbare. The Census Bureau is preparing to go digital and undertake a new national tally, but it is hamstrung by an insufficient budget and has had to cancel several much-needed tests. The FAA now lags behind equivalent agencies in countries like Canada and has been delayed in upgrading its technology because of funding lapses and uncertainties. The list goes on and on.

There are genuine problems beyond underfunding. The costs of building American infrastructure are astronomical. But during the Depression, World War II and much of the Cold War, a sense of crisis and competition focused America’s attention and created a bipartisan urgency to get things done.

Ironically, at a time now when competition is far more fierce, when other countries have surpassed the United States in many of these areas, America has fallen into extreme partisanship and embraced a know-nothing libertarianism that is starving the country of the essential investments it needs for future growth. Those who vote for this tax bill – possibly the worst piece of major legislation in a generation – will live in infamy, as the country slowly breaks down.