Rise of diabetes in Pakistan

According to Pakistan’s National Diabetes Survey, 26 percent of the population suffers from diabetes

Diabetes is one of the most prevalent deadly diseases in the world. It is a chronic metabolic disease characterised by perpetually high levels of blood glucose (or blood sugar). The high blood sugar levels decimate the blood vessels, heart, kidneys, nerves and eyes.

In 1991, the International Diabetes Foundation (IDF) and the World Health Organisation (WHO) jointly initiated a series of campaigns aimed at combating the rising occurrence of the disease. 15 years later in 2006, the United Nations (UN) christened 14 November as ‘World diabetes day’. Since then the even has been widely observed around the world.But despite the efforts made to prevent diabetes around the world, it has grown even more widespread.

While 4.7 percent of persons above the age of 18 around the world had diabetes in 1980, that number grew to 8.5 in 2014.In 2015, an IDF report predicted that the number of diabetes affected adults worldwide will rise from 422 million in 2017 to 642 million in 2040. The report also stated that 5 million deaths were caused by diabetes in 2015, as well as that people belonging to the 40 to 59 years age bracket were the most affected by diabetes. 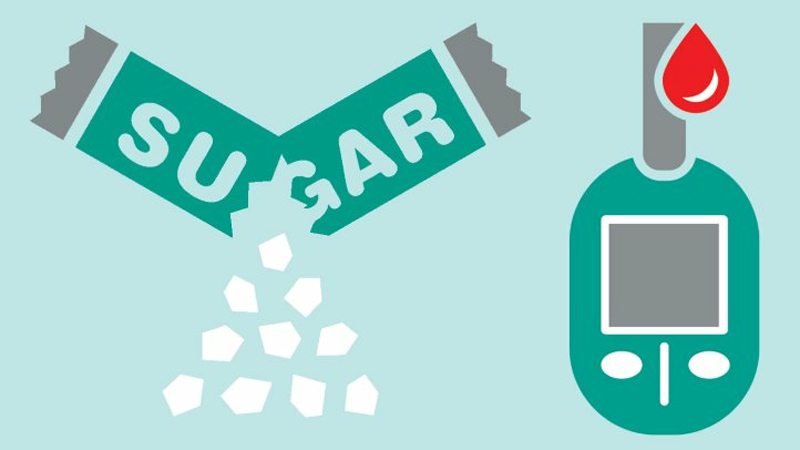 According to Pakistan’s National Diabetes Survey (DBS), 26 percent of Pakistanis are victims of diabetes. The situation is worst in Sindh. The province has a population of 50,000,000 out of which 10,300,000 people have diabetes.This World Diabetes Day in Hyderabad, seminars were organized where experts warned that diabetic pregnant women are at risk of bearing abnormal children, and can even result in stillbirths.They also informed that diabetes was now the ninth highest cause of death for women in the country.

There is no doubt that this problem is extremely difficult to solve. But if sufficient efforts are made, it is possible to significantly reduce occurrences of diabetes.

Firstly, it must be emphasised that prevention is better than a cure. This requires changes in our current diets and lifestyles. The amount of sugar and refined carbohydrates being consumed by the population at large needs to be brought down significantly.Young people in particular are completely addicted to sugary sodas and juices, the overconsumption of which is a big factor in the prevalence of diabetes.

The government of Pakistan needs to make a bigger effort when it comes to tackling diabetes, and make the provision of effective healthcare a higher priority in general.

The writer is an M.Phil scholar in Media Studies at the University of Sindh, Jamshoro. He also works as a freelance columnist. He can be reached at rameezalimahesar@gmail.com