Getting our priorities right

If we really want to counter extremism, we need to do what Edhi saheb was doing

Man is born with a heart that responds in accordance to sentiments such as sympathy, adoration, warmth and consideration. These are natural qualities that are constituted and characterized in humans, but improvement or concealment of such qualities totally relies on man himself.

Now and again, religious scholars and philosophers urge individuals to nurture these feelings in themselves, as mankind is one such perspective that has been pushed on all parts of the world. ‘Service to Mankind is Service to God’ is an axiom, exceedingly pervasive everywhere on earth, as serving and treating a human with cordiality and benevolence. It is a fundamental part of decent and good conduct and such an idea is shared by every religion in the world.

Talking about the role and achievements of Pakistan and its society in this regard, we can conclude that there are many negative results and not much being done to fight a menace that is destroying our society. More than anything while we claim our youth bulge to be our biggest asset, we are not doing much to make use of them for the future of our country.

To be very candid, we should be fearful   of a darker future if we still do not get serious. A lot of conferences, awareness campaigns, debates on media and etcetera, are held on the issue and a lot of money is spent as well. However, these mistakes keep being repeated again and again.

Through this article, I would like to draw the attention of the readers to a very simple solution. The nation has already started to forget the great man Edhi and sadly, Pakistan has a problem that it forgets everything too soon. 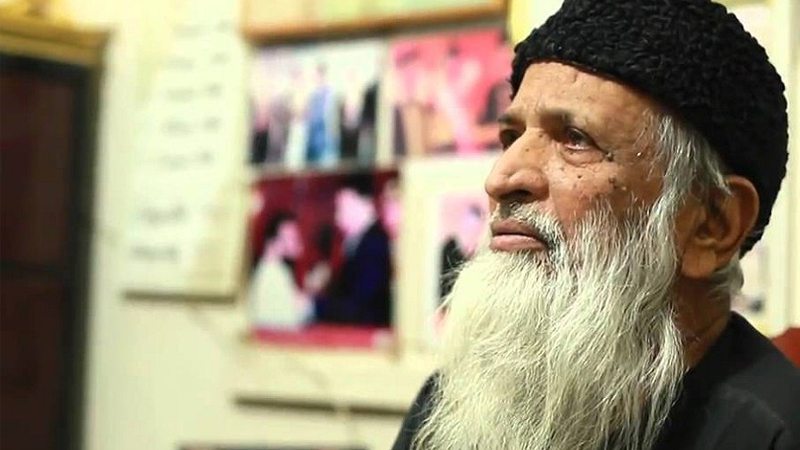 If we really want to counter extremism, we need to do what Edhi was doing. We all praised the work Edhi had done and gave charity as well, but we have never practiced what he used to do. Parents would tell their children to look at, how good Edhi was, but have we ever asked our kids to become someone like Edhi? The answer is ‘no’ because parents are still confused, and are still intent on making their children either become doctors orengineers.

Parents should tell their children that if they want to become a doctor then be like Adeeb Rizvi and if a philanthropist then study the life of Abdul Sattar Edhi.

The easiest way to inject the philosophy of humanity in our children is to make them practice, what we have always been talking about, which is to be a good human. This cannot be done just by lecturing yourself and others but by practicing what one preaches. An easy way is, to keep the legacy of Edhi alive that will further help us in combating extremism.

We all praised the work Abdus Sattar Edhi had done and gave charity as well, but we have never practiced what he used to do. Parents would tell their children to look at how good Edhi was, but have we ever asked their kids to become someone like Edhi? The answer is ‘no’ because parents are still confused, and intent on making their children become just doctors and engineers

To inject positivity and philosophy of humanity in our society and people, we need to first start fromour educational institutions and to have social or community work mandatory at every level by engaging students in community projects and making them volunteer for anoble cause. This will expose them to the real problems of a society and would help in their personal and professional development.

No person, who feels for humanity, will travel on the path of extremism. Living life with purpose would not let extremist ideas take over the minds of our young people. We should get our priorities right if we want the youth to choose a path of positivity.

I meet young people every day and all I see is a dullness that is further exploited by extremist groups. As a result, we see all the young people ready join mobs on the roads and partake in violent activity such as Mashal a journalism student who was lynched by a mob of fellow University students. But have we ever thought that the people who attacked him were all university students? And if this is the condition of our educated youth, imagine what the situation of those young people would be, who do not have access to education?

We have witnessed youth, being exploited for political gains and campaigning, it is now time we put their energies towards developing   the country. If we have all of them involved in the development of the country, only then will we be able to combat extremist ideologies.