Is justice for the DI Khan girl a forgotten cause?

Another day has gone by and their still haven’t been any significant developments about the poor girl who was stripped naked and paraded in Dera Ismail Khan in late October this year.

The horrific incident immediately made it to the headlines, with print publications glaring at the reader with angry words, social media daring to deplore the apathy of society and its rulers and electronic media blaring noisily enough for heavens to descend for justice. But justice, was nowhere to be seen or heard of.

There were initially some talks and discussions among lawmakers, but then it was all quiet. A new day comes, a new issue emerges and we run like crazy after it — what happened earlier is a thing of the past, to be forgotten and deleted from our memories.

Such is the approach we use for dealing with issues. The world is now fast paced and so are our thoughts and actions — swift, blunt and bland. Unless an issue gives us fame and glory, wealth and security, we don’t pursue it. We can champion a cause, write about it, document it on paper and film but when it comes to providing solutions and see a worthy cause fulfilled to its end, who cares?

To refresh our memories, the incident occurred in a village of Dera Ismail Khan, when a 16-year-old girl was stripped by a group of men and forcefully made to walk in the locality for an hour. Nobody helped her because they were scared.

The girl herself had not committed any crime, but three-years-ago, her brother, Sajjad had been involved in a relationship with a girl from the village. A panchayat (village council) had fined Sajjad’s family Rs 0.25 million to resolve the matter, but obviously, vengeance was incomplete in the opinion of the perpetrators.

A case was later registered against the culprits involved in the girl’s incident. Eight suspects were arrested. Four of them confessed to the crime and later claimed that this was done under pressure from the police authorities.

The other four denied the charges. However, the prime suspect, identified as Sajawal, is still on the run, amidst allegations that Khyber-Pakhtunkhwa Minister Ali Amin Gandapur provided ‘logistic and physical support to the criminals’. Gandapur later offered to take complete financial responsibility of the girl who was stripped and also promised to arrange her marriage, maintaining that he had not, in any way, supported the accused men. 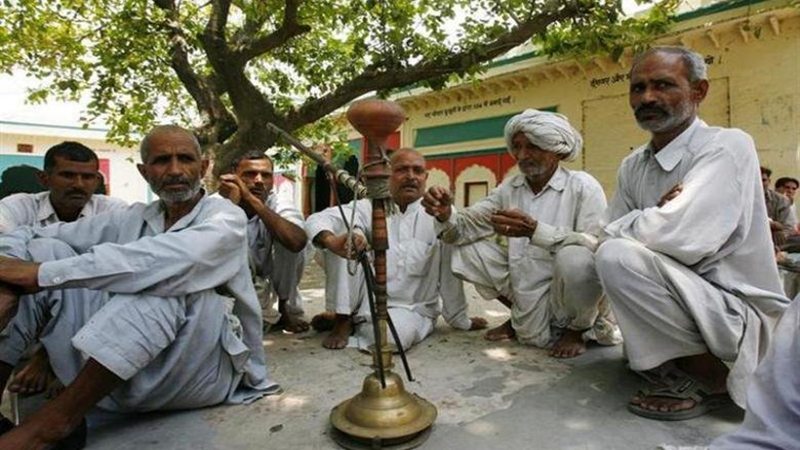 The teenager claimed that she was forced by the police to say things in her statement she didn’t want to and was also threatened by the police that if she pursued the case, similar cases would be registered against her brother and relatives. The Station House Officer (SHO) was kept under investigation, while the province’s IG Salahuddin Mehsud had said that the investigation was in its final stages and will be completed soon.

While a bill asking for action in the case has also been submitted to the provincial assembly, the case itself remains inactive as the main culprit seems to have disappeared into thin air and the final stage of investigation is nowhere near completion.

Nobody knows the girl’s present condition or the sort of future she faces. Nobody offered rehabilitation or counselling for the victim. No one announced a proposal to allow the girl be given some education, vocation, or a chance to state her opinion. If the protests fell on deaf ears, the protestors themselves became silent, with demands for justice slowly forgotten. It’s an open and shut case.

Nobody knows the girl’s present condition or the sort of future she faces. Nobody has offered rehabilitation or counselling for the victim. No one announced a proposal to give the girl a chance to receive an education, vocation, or even a chance to state her opinion

We take to the streets when Kashmiris are home bound under curfew, we torch our cars in fury when Zionists flame our hearts with atrocities in Palestine, we decry the apathy of Burmese Buddhists when they ethnically cleanse their state of Rohingyas, we block roads, break laws, abuse and murder people on allegations of blasphemy against our beloved Prophet (PBUH), but we forget his teachings and practices.

We rote learn from childhood that Islam was the liberator for women and with its advent, the horrific practice of burying girls alive at death was abolished in Arabia. But for what purpose do we keep them alive here? To seek revenge? To settle scores? Or for fulfilling needs — with lust topping the list?

If we do not enforce a law which punishes a man severely for humiliating a woman publicly, women will continue to be stripped and paraded.

If we do not highlight in our curriculum gender equality and for a change, speak in sermons about the role and position of women in a society, they will continue to suffer abuse in and out of their homes. If we continue discontinuing debates on important issues on media platforms until they are resolved, we will eventually find no reason to be informed. This is the reality — stark and naked, we better accept and amend it, before it is too late.

The writer is a senior media professional with experience in Broadcast Journalism. She has keen interest in issues related to women’s rights, foreign affairs and history. She can be reached at shamahf2@gmail.com