You left too soon 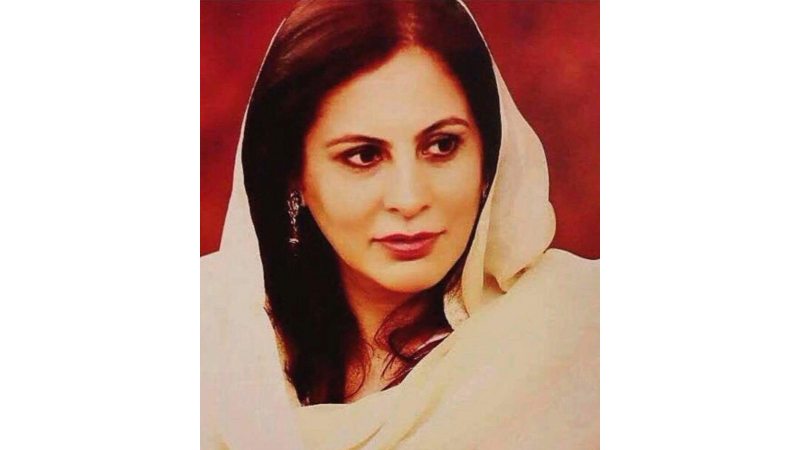 Amna Haseeb (1969-2017) left us on Dec 8, 2017. She was married to Dr Haseeb Sajjad, a renowned dermatologist in Lahore. Her children include two sons and two daughters.

“Never seen a prettier bride” whispered the relatives in the front row as they turned their faces around to catch a glimpse of Amna Chachi making her way in. Poised and elegant, her gait straight and steady, she glided in wearing the deep red that set off her fresh skin and youthful glow. She had taken care to keep her heels low as always since her groom was just about her height. Entering my paternal family home that winter, she fully realized she had become Chachi and Mami to so many eager nephews and nieces and sister in law to so many women surrounding her. Many of us couldn’t make ourselves call her Chachi since she was only a couple of years older. Ours was a big family and getting married to the youngest brother had its costs especially since it was a union we had looked forward to through our adolescence and celebrated with so much fervor and enthusiasm. My childhood friends had participated in the wedding with equal excitement.

My Chacha had told us his bride to be looked like me. I liked to believe it at that tender age of fifteen but in my heart, I knew she was much prettier. Her wide smile lit up her entire face and created sparkles in her eyes. There was calmness about her that told everyone all was well and under control no matter what. Adventurous, young and fun loving, she accompanied my sister and I to a trip to India later that year. We sat in rickshaws, ate dosas and bought cotton suits that were so cheap that we preferred quantity over quality and brought dozens home. All of us wore Indian lawn that summer.

We would cross paths on the walking track in Race Course park but Chachi’s strides were always quicker and her distance covered always more than mine. Energetic and healthy, she chose fruit when we were eating dessert. A lover of good food with a robust appetite, she was the picture of health. Her determination and will were indefatigable as were her values and self-discipline. She led a simple life untainted by the corrupt influences of Lahori money and extravagance.

A committed wife and mother, she gave the best of herself in both roles, evident by her happy marriage and impressive upbringing of her four children. She was first and foremost a homemaker. We would laugh when she would make my Chacha’s tea herself since only she could brew his tea to perfection, nobody else could get it right.

Her summers were best spent in the hills, nurturing her love for walking, eating fresh fruit and breathing cool, unpolluted air. Religious in her quiet, unimposing way, she was a practicing Muslim and an avid reader of the Quran. She was at peace with herself and this reflected in her lifestyle, her choices and her conversation. There was contentment all around her.

Her cotton Dupatta on her head, she lived life with Sabr and Shukar, giving priority to only what mattered most, her home and her children.

When she visited me this spring in Boston, the cheeks had lost a bit of their colour. She looked like she could do with some sunshine which appeared when her eldest son graduated from college. Proud and resilient, she had flown in from Pakistan despite battling with cancer a few months ago. She insisted on helping clean up after she thanked me a dozen times for the restaurant cooked meal I gave her. That was Amna Chachi, always wanting to help and always willing. Even cancer couldn’t kill her positivity and spark. When we talked about her illness, she would steer the conversation away from herself. “Let’s talk about something else” she would say and laugh.

Her patience, fortitude, steel will and indomitable strength helped her lead a life of dignity and independence till her very last days. Brutally tested by fate and ill luck, her undying spirit was kept alive by the love of all those around her. The flame flickered in the event of all hardships till it was extinguished by an untimely death. Rest in peace! Chachi. You left too soon.