‘Artists are armed with art and talent to fight the crisis between countries and to bring acceptance for intercultural differences,’ says Shaan 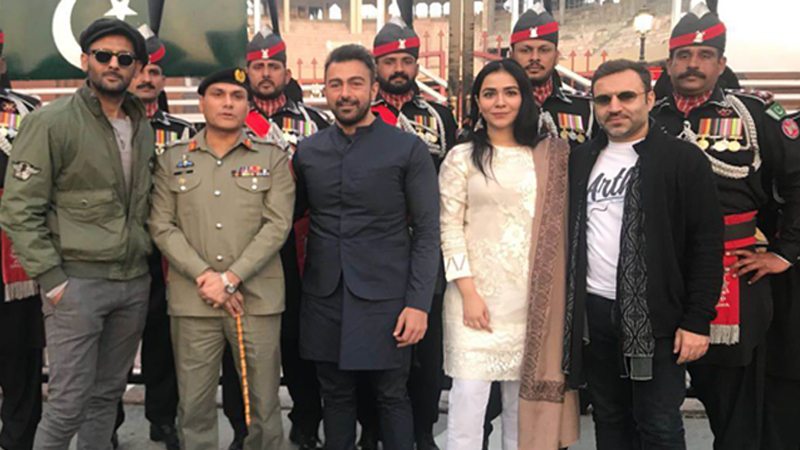 As the day of the release is coming nearer, the cast has progressively engaged in the promotional visits for their most awaited romantic musical ‘Arth – The Destination’. The primeval focus of the film is to promote trade of art between the countries, Pakistan and India; and for that purpose, what better place than Wagah border to be at, to harmonise the sentiments of the two nations. “If art does not serve the purpose of merging the nations and the countries, then what else would? I sincerely look forward to seeing both the countries celebrating each other’s art in their respective territories. I have taken the first step by remaking Mahesh Bhatt’s 1982’s release ‘Arth’. It has been an absolute pleasure. I hope the intent of remaking an Indian film would go a long way, especially for the artists who take up the responsibility of promoting intercultural art, in the future,” expressed actor and filmmaker Shaan Shahid on occasion.

Shaan Shahid, Humaima Malik and Mohib Mirza arrived with the Rangers’ protocol at Wagah border to converse with Indian and Pakistani audience for their upcoming film and the purpose behind remaking it. “Harmony between the countries plays a fundamental role of building and keeping unity. Artists are armed with art and talent to fight the crisis between countries and to bring acceptance for intercultural differences. ‘Arth – The Destination’ has been created in the spirit of bringing both the countries together. I hope it succeeds in accomplishing this purpose,” Shaan said.

The movie comes out worldwide in cinemas on December 21. It is produced by Hammad Chaudhry, Faraz Chaudhry and Shaan under their banners of HKC Entertainment, Cinestar and 5th Element Entertainment, respectively.