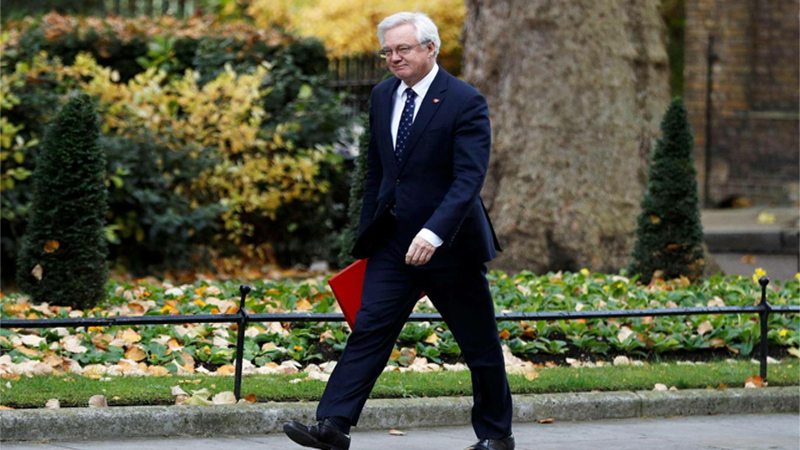 If you think the Brexit debate has become unpleasantly ill-tempered, I’m afraid that is something that we had better get used to. It will become a lot more unpleasant and it will go on a long, long time.

In the past couple of days the impasse over the Northern Ireland border has shifted the focus of attention to the costs of a bad Brexit, either leaving with an unsatisfactory deal or with no deal at all. David Davis has admitted that the UK authorities have done little modelling of the impact of a hard Brexit, while the House of Lords is producing a report on the impact of a no-deal Brexit on Thursday.

What should we make of all this? The problem is that it is very hard to do economic analysis when there are so many unknown factors. Look at the infamous Treasury report of May 2016 on the short-term impact of a vote to leave the EU. It predicted that by next summer unemployment would be up between 400,000 and 800,000 and the economy would be in recession. We are not yet there but so far unemployment has continued to fall and at 4.3 per cent is the lowest since the 1970s, and no mainstream forecaster is now predicting recession next year. The one thing that the report did get right was the fall in the pound, a remarkable success given that currencies are usually the hardest things to predict successfully.

As for the specific issue of the Irish border, Northern Ireland’s largest employer, Bombardier, has just said that it would oppose any move that would effectively shift customs controls to the middle of the Irish Sea. It does relatively little trade with the Republic and most of its imported components come from the UK.

Given the confusion over its nature and the poor track-record of forecasters, what can be sensibly said about the costs of a hard Brexit?

Here are three propositions. Economic disruption always damages growth. The harder the Brexit the faster the UK economy will decouple from the European one. And on 10-year view, whatever happens in the negotiations will be eclipsed by other economic factors.

On the first I cannot think of many historical examples of an economic shock increasing national wealth. I suppose the OPEC (Organisation of Petroleum Exporting Countries) oil shocks of the 1970s did increase the wealth of the oil producers but they did quite the reverse for the world as a whole, and with hindsight an earlier and more gradual rise would have been better for OPEC too.

What we can say, though, is that the bigger the shock the greater the loss of output, and the shocks that damage imports are less serious than ones that damage exports.

There is not going to be a complete breakdown of trade with the Continent – this is not the Second World War – so we are talking about some loss of output on a sliding scale from zero to, say, a recession similar to that of 2008/9, as acknowledged by David Davis. But, and this is important, this shock is not going to last more than a year or so. Economies are very robust at adjusting if they have a flexible currency. A hard Brexit would mean the exchange rate would take the strain and the country would become super-competitive. You can catch a glimpse of that in the way manufacturing confidence has soared in recent months.

On the second point, the speeding up of the shift of trade away from Europe, the key point here is that trade is already shifting and has been for several years. People say half our trade is with Europe, but that is not quite right. Last year roughly 43 per cent of our exports of goods and services went to the rest of the EU – roughly because some of those exports were goods being shipped to Rotterdam and then sent on to non-EU markets, so the actual total is closer to 40 per cent. This share of exports is falling, not because of Brexit but because other markets are growing faster. In the early 2000s it was 55 per cent. On imports we do indeed import more than half our goods from Europe, 54 per cent in fact, but the share of that is down from 58 per cent in 2002. We are the EU’s second-largest export market for goods, taking 16 per cent, just behind the US. A hard Brexit would undoubtedly push down trade with Europe. Yes of course we would still sell to Europe as they would sell to us, but we would tend both to produce more domestically and buy more from non-EU producers.