It seems like the days of the central bank stepping in to maintain the overvalued exchange rate might be over. This past Friday, the rupee plunged against the dollar, falling down to 107 to a dollar by the close of trade. Apparently currency dealers were in shock, many of them largely clueless about the reason behind the sharp increase in exchange rate, resulting in panic at the market. That evening, the State Bank of Pakistan (SBP) released a statement, saying that the change in the exchange rate was completely natural and based on the demand and supply of dollars on the interbank market.

The following day, delegations from Islamabad and the IMF concluded a round of discussions on the country’s economy. It was revealed that the SBP would now be letting the exchange rate adjust to market conditions, after years of keeping the currency artificially stable. Those in charge of the economy were apparently convinced that a stable currency was required to maintain the trajectory of economic growth. Now the country’s financial authorities seem to be convinced that this latest adjustment will help shift foreign currency holdings from commercial banks to official reserves. Pakistan’s current foreign currency reserves stand at 6 billion dollars.

Changes in exchange rate cannot be taken lightly, they can have a big impact on the economy and a population’s standard of living and purchasing power. A depreciated currency comes with its shares of benefits and drawbacks. It can make exports more competitive and cheap for foreigners. On the other hand, imports become more expensive. Inflation is likely because imports are more expensive, resulting in cost-push inflation.

Additionally, cheaper exports also reduce a manufacturer’s incentive to cut costs and become more efficient which causes costs to increase over time. Those in charge of decisions regarding currency valuation should take the national economies unique conditions into account and consider them in great detail before decisions are made. In Pakistan, it is true that imports are much higher than exports and the trade deficit is too high. Thus to a layman it may seem like a devalued currency might work in this country’s favour. However, those assuming that devaluation will fix the trade deficit are sadly mistaken.

Although the government’s insistence on keeping the rupee overvalued was definitely a factor in keeping our exports uncompetitive, skyrocketing electricity prices (when Pakistanis were lucky enough to have electricity) and an uncertain security situation also have a major part to play in the lack of Pakistani exports

To understand why, an analysis of Pakistan’s market conditions and the goods it exports and imports is required. Pakistan imports a large quantity of machinery including computers, electrical machinery, industrial equipment, iron, steel and vehicle parts. Its biggest exports seem to be fruit, leather goods, surgical equipment, sports goods and textile. Because parts for equipment like vehicles and electronics are imported, the purchasing power of Pakistanis for these products will go down. Additionally, devaluation will also make fuel more expensive. An increase in fuel prices will have a big impact on prices across the marketplace including basic food items.

Additionally, most of Pakistan’s current growth trajectory was being sustained by the domestic market, not the foreign. Hence reduced purchasing power for Pakistanis will not be good for the economy. Although the government’s insistence on keeping the rupee overvalued was definitely a factor in keeping our exports uncompetitive, skyrocketing electricity prices (when Pakistanis were lucky enough to have electricity) and an uncertain security situation also have a major part to play in the lack of Pakistani exports. Along with this, the authorities also need to understand that the quality and relevance of our exports are very weak in the global market. The world is gradually moving away from conventional exports. High tech equipment and technologically intensive products make up the bulk of international exports because of the massive returns they offer. Investing in human resource is the only way forward when it comes to making our exports more relevant and short term solutions like fiddling with the exchange rate will achieve nothing in this regard. 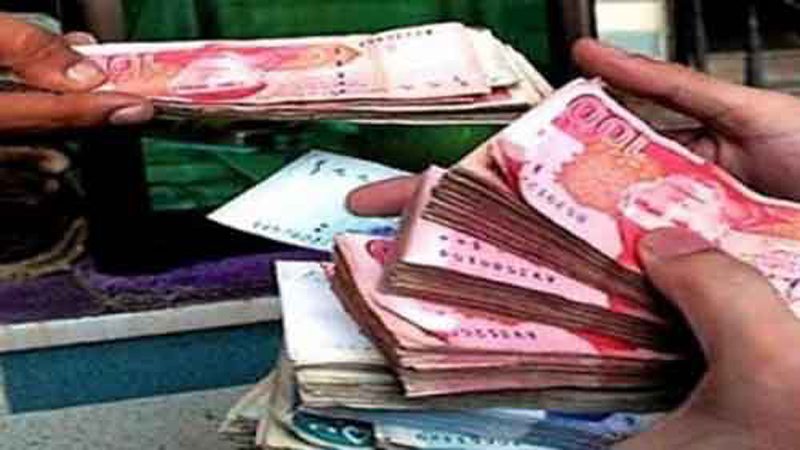 The government should have devalued the currency gradually, instead of letting it fluctuate haphazardly between 107 and 110 over the span of two days. This could have allowed Pakistan to avoid a big cut in the currency price later. Now when (not if) the currency price is cut, it will fuel inflation. It is possible that it will reach double digit levels. In absence of this, and devaluation of currency without taking into account the conditions of the Pakistani economy and market place, it is ridiculous that the Secretary of Finance Shahid Masood called devaluation a step towards fiscal consolidation in a manner that was inclusive and pro poor. How can reducing the purchasing power of Pakistanis in an economy which is largely being kept afloat by Pakistanis be called inclusive or pro poor?

There is very little doubt left now that the country’s economy will soon be entering choppy waters. Going forward, the government needs to take steps which will fix our flawed economy in the long run and not take disorderly, slipshod steps without taking the conditions of the national economy into account. Furthermore, such decisions need to be taken with the consent of the SBP. The SBP cannot allow itself to be led around on a leash every time the government concludes a series of talks with the IMF.

Ofcourse, because the government remains dependent on loans from the IMF to repay old loans to keep our rusty economy running, this will not be an easy. But it will be necessary. Furthermore, if we want to be truly competitive in the international market the government will have to solve Pakistan’s longstanding electricity issue once and for all. Technical education and training will be necessary for Pakistan to break into the kinds of markets that are relevant in international trade. Fruit and footballs won’t get the economy very far.

The writer is an Assistant Editor at Daily Times