We still have no clue about his whereabouts but it doesn’t look like a robbery from the outset, Diep Saeeda told Daily Times 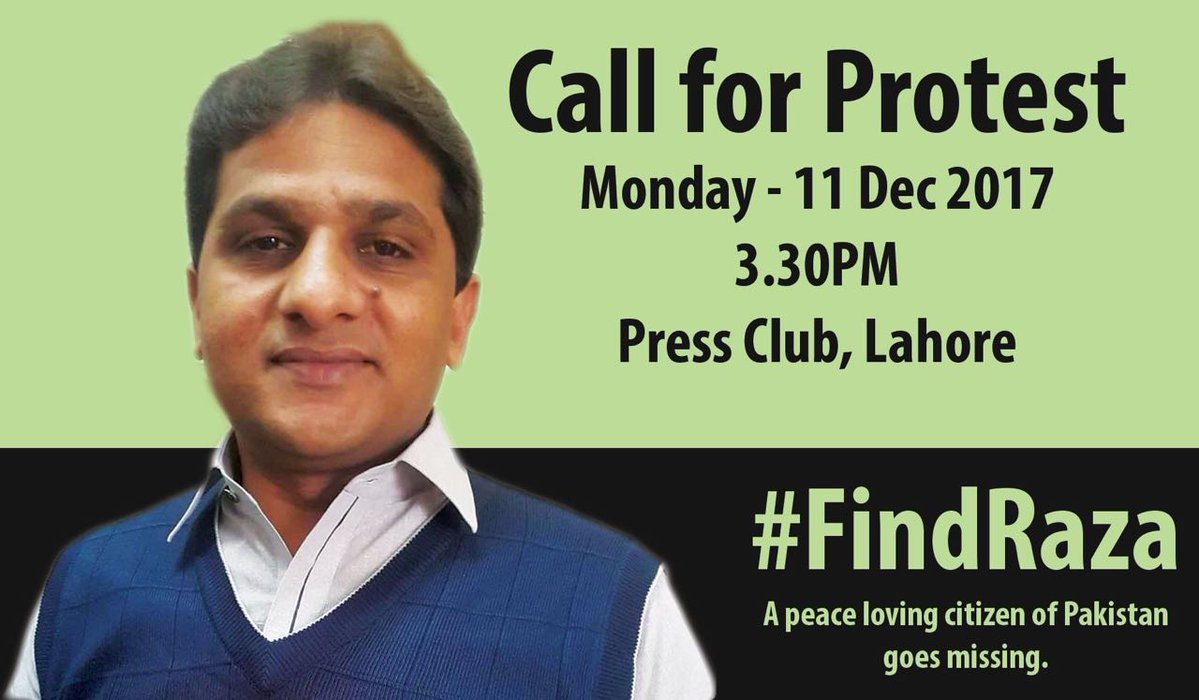 LAHORE: Human rights activists have decided to hold a protest tomorrow (Monday) outside Lahore Press Club for the recovery of activist Raza Khan, who went missing on December 2 after attending an event in Lahore.

Talking to Daily Times, peace activist Diep Saeeda said that the protest was being organised to highlight the issue in the media. “We’re trying with whatever we have. A habeas corpus petition filed in the court will also be heard tomorrow”, she said.

“We still have no clue about his whereabouts but it doesn’t look like a robbery from the outset. All the valuables at his home are in place and the only thing missing along with him is his computer’s CPU. It looks like a case of illegal detention”, she said.

“He is a harmless activist. It could only be a misunderstanding due to some resemblance in the face or the name, because Raza never did anything to offend the state. We request his release as soon as possible”, an extremely upset Saeeda told Daily Times.

She complained that the media was not highlighting the issue. “We held a press conference the day before and it wasn’t even reported by major sections of the media. So we’re holding a protest now and we request the media to take this issue up. All we can do right now is protest”, she said.

“It is such a shame that today the world is celebrating Human Rights Day while we are protesting for the recovery of our missing persons”.

Awami Workers Party (AWP) leader Ammar Rashid told Daily Times that a protest was being organised by AWP along with 20 other progressive and Sindhi nationalist parties today (Sunday) in Islamabad as well.

“Raza went missing when he was returning from an event in Lahore where he was part of a discussion on the Faizabad sit-in. Several Sindhi nationalists are missing as well. Nangar Channa and Khadim Arijo are under illegal detention for several months now. So we have decided to arrange a protest for all these missing activists together in Islamabad today at 4 PM”, Ammar said.