Populist wave and the rise of neo-fascism

The term populism is vague, unclear, misleading, and difficult to define, it has dozens of definitions.

The rise of ‘populism’ and the way it is being amplified and intensified is due to the economic and political crises in the West. People in the West are discontent about the established order, and their discontent has been created by an ‘us Vs them’ narrative to serve their personal interests. In Gramscian words, it is the passive revolution, it is not a social revolution of subdued masses, on the contrary, it is a revolution constructed and managed by the dominant class to continue on their dominance and exploitation.

Victory of the plutocrat Trump, his protectionist and illiberal policies, withdrawal of England from European Union, and far-right populists in France, Netherlands and Austria are signs of the political crises failure of neo-liberal policies. This situation is dangerous, as Gramsci writes, “The crisis consists precisely in the fact that the old is dying and the new cannot be born; in this interregnum a great variety of morbid symptoms appear.”

The term populism is vague, unclear, misleading, and difficult to define, it has dozens of definitions. The question rises, why has populism become a common term, discussed and debated, like in the past the ‘End of History’ and ’Clash of Civilisations’? The word populism is safer and softer; it is introduced, and frequently used, to replace words like Fascism or Neo-Fascism. 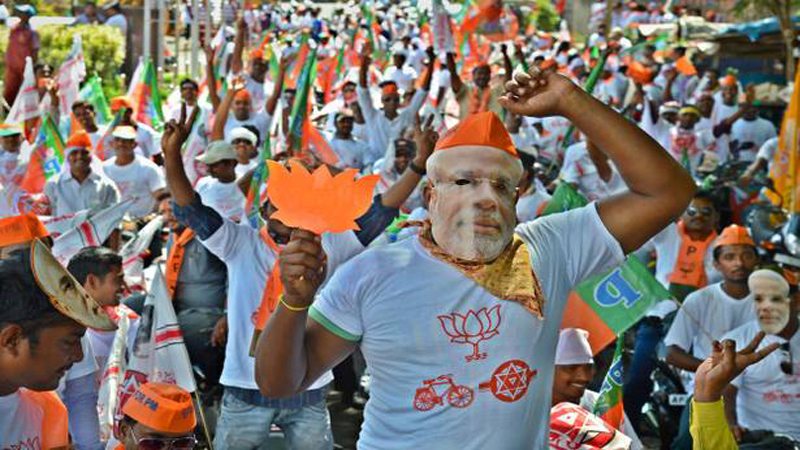 This is what Andrea Mammone observes, populism was deliberately introduced, in his Transnational Neo-fascism in France and Italy. Populism is an autolytic ideological trap for the masses. Many people call Trump a populist, not a neo-fascist, because he misleads the masses, and creates a paradox for them.

The victory of Plutocrat Trump has confused many, to get out of confusion, one needs to move back to giant organic intellectual Gramsci and his prison note books. His concept of ‘hegemony’ can be a great help, regarding Trump’s victory. The economic and social grievances are turned into emotional and psychological problems.

The massive use of mass culture, make common people take everything for granted, and believe that, what a populist leader says, is reality. This is what Gramsci calls, ‘Common Sense’. Common sense is totally opposite to critical thinking. Neo-Fascists like Trump, program the minds of people through representation, articulation and speech acts and get mass support.

They use romantic rhetoric and tell the public, what they say, is the only reality. Trump’s discourse made people follow him, and his popular slogan, ‘Make America Great Again’ raises questions. . Racism, extreme militarism, Islam-phobia, nationalism, anti-environmentalism, anti-immigration, misogyny, intolerance against media, homophobia, police violence, and recognition of Jerusalem as Israeli capital, this is what Trump is about and this is what neo-fascism encourages.

The lower-middle-class, in the time of crises, becomes the reserve army for the fascists. And, fascists find their basis in this class. Fascism: Past, Present and Future by Walter Laquer tells how ultra-nationalist tendencies are rooted primarily in the lower-middle class and relatively privileged sections of the working class, in alliance with monopolistic capital. In America, the lower-middle-class comprises close to a third of population. This is where Trump brought his support from.

In times of crisis, the lower middle class becomes a reserve army for fascists

The rise of fascism in 20th century was due to the economic crises, and fascists had grabbed power through mass support. In a similar way, fascism in the 21st century is response to the crises. No doubt, fascism, in 21st century is different, as Aijaz Ahmed writes, “every country gets the fascism it deserves,” which is to say that “although a general phenomenon across the world and over a century or more, fascism nevertheless takes a very specific form in any given country, in accordance with its particular historical formation.” The fascism doesn’t come out of void; it is conditioned by economic, historical, political, local and international settings. Today’s economic and political settings are different, that is why, fascism is different, and most importantly, the former USSR has dissolved as well.

This all reminds me of a story, when in Rome, people had started having discontents due to their economic conditions and circumstances were ready for a rebellion, there, the Roman Emperor, befooled the masses, gave them incentives and distributed wealth, and with passage of time, slowly and gradually took all wealth back through his tactics and taxes. The purpose, behind narrating this story is that those who have wealth and power fool the masses. Although the story in its context is different, it has a lot to say about how the elites use different tactics to extinguish the fire and flames of social revolution.

The core of neo-liberalism is an absurd idea; capital has been grabbed by few individuals, conditions of working class has gotten worse, the gap between haves and have-nots has increased dramatically, basic facilities are worrisome, people are compelled to do two or three jobs, they commit suicide, with the rise of urbanisation of slums are rampant, the military-industrial-complex is at its peak, violence and terrorism have spread all around, the global climate is worsening. In this sorry state, Neo-Fascists and plutocrats, are exacerbating the conditions for their personal interests, and are bringing the human population to more chaos and crises.

With the rise of Neo-Fascists in the White-House, extreme right-wing parties in Europe, ultra-nationalist BJP in India, and here, Pakistan is going through the fearful politics. In Pakistan, it is dangerous ‘interregnum’ where the devilish monsters rise from. The situation is chaotic; political crises and failure of civilian government and the rise of extreme right wing in Pakistan can lead to fascism. Pre-conditions are set, and fascist tendencies can be pointed out after the Faizabad sit-in. In Pakistan, what can be observed is, proto-fascism, ‘the direct predecessor ideologies that influenced and formed the basis of fascism’ a notorious example of Proto-Fascist is Gabriele D’Annunzio, he was an Italian nationalist who created the basis for Fascism, and Mussolini was influenced from him and his politics.

Proto-fascism in Pakistan, is occurring and getting birth from political crises and social decay, and is trying to make its place in the vacuum left by the civilian government. Simply, the seeds of fascism are being sown and watered. In this complex political situation, there is a dire need of constructing an alternative; this has to be done now before it is too late.

Neo-fascism is an inevitable product of economic crises. It is a symptom of a disease called capitalism. To resist, is to resist against the system. In doing so, revisiting Gramsci, is the need of hour, as he was the giant political scholar who saw fascism of his time. ‘Organic intellectuals’ have to challenge and replace the contemporary nation’s hegemony of neo-liberalism. Counter-hegemony is to be constructed against the hegemony of Neo-fascists. This is the time to confront, resist, struggle and fight.

The writer is MSc International from National Defense University, Islamabad